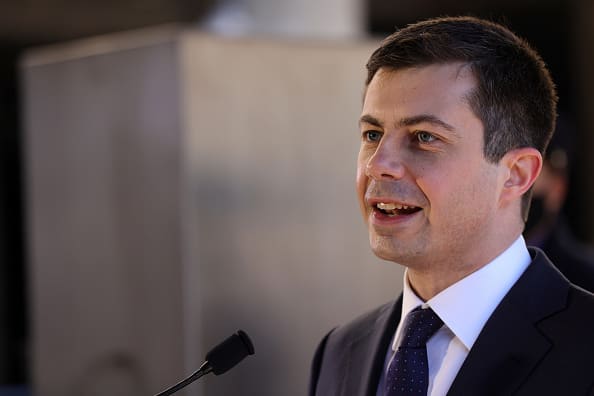 Transportation Secretary Pete Buttigieg said Sunday that Senate Democrats and Republicans will have to set a clear direction for infrastructure negotiations if Congress returns to Washington after the Memorial Day recess, signaling that the White House is losing patience with bipartisan talks.

“By their return, June 7th, just a week before tomorrow, we need a clear direction,” Buttigieg said during an interview on CNN’s State of the Union. “The president keeps saying ‘inaction is not an option’ and time is not infinite here. The American people expect us to do something.”

Senate Democrats plan to work out a full infrastructure package next month, with or without Republican support, to pass bill this summer.

The two parties are in ongoing talks but disagree on what the plan entails and how the government would pay for the much-needed investments.

Buttigieg said he believes the White House “comes pretty close to a fish or bait moment” in bipartisan negotiations.

Democrats and Republicans disagreed on what constitutes infrastructure and how best to pay for the plan.

Democrats have turned down a GOP offer to fund the plan through usage fees, arguing that it could result in a tax hike for middle-class Americans who drive. Republicans have opposed the Democratic proposal to raise the corporate tax rate to at least 25% to pay for the plan.

Democrats could ultimately pass the legislation through the budget vote process without the support of the GOP, which would require a simple majority in the Senate.

Kamala Harris to go to U.S.-Mexico border for first time as VP

These Rocks Made a 1,000-Mile Trek. Did Dinosaurs Carry Them?

Publish-Covid journey growth might be ‘sky is the restrict’