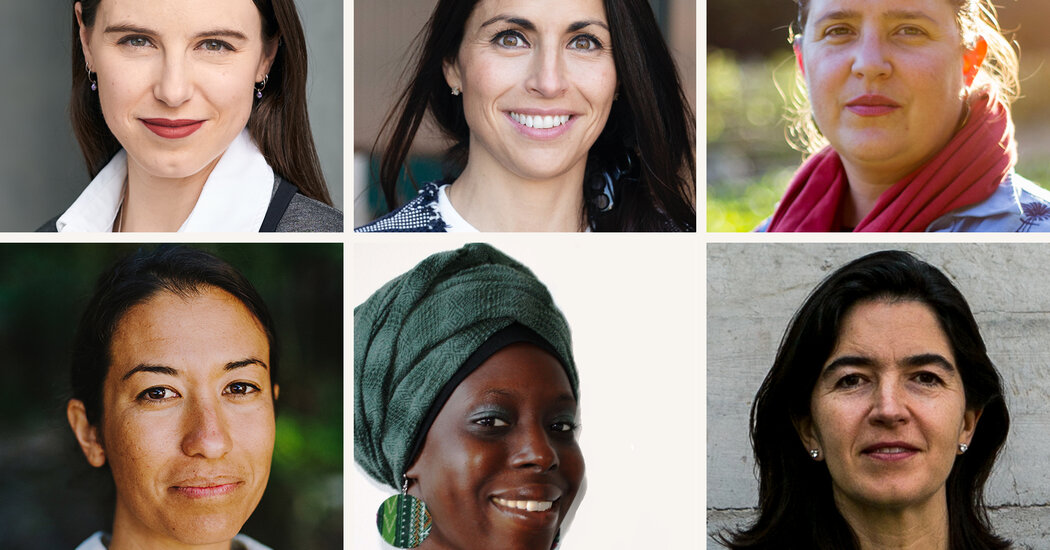 It all started with my mother Thelma Bataille, who worked in Silicon Valley for 30 years. For me she was one of those “hidden characters”. I grew up with women who work with technology, science, and computers. They were the women in our kitchen talking and laughing and complaining about things at work. Over the years, I’ve heard the stories of innovative black women in technology.

How did you get into finance?

After graduating from the University of Michigan and spending time in Israel and Singapore, I moved to Wall Street. I wanted to come into play and be part of this world.

What motivated you to set up the WOCstar Fund?

I was at work in my office [at JPMorgan Chase & Company] When I got the news that I had cancer, I thought, “I can’t die in this chair and at this desk without really having an influence like the pioneers before and these women like my mother.”

After I overcame my fear of dying, I got this courage to live. And it was in that moment that I became brave and fearless to be an advocate for the women I knew – women who looked like me.

You worked on mergers and acquisitions at JPMorgan. How was that helpful?

Investing so much means not only selecting companies and doing the due diligence, but also helping them set up so we can monetize money and return it to investors.

I’m a middle-aged black woman now and have accomplished a lot in my career. I am now at an age at which I can authentically give this to the start-ups.

Where are things now

I’m not scared of where my next paycheck is coming from and how my mortgage will be paid. I’ve got to a point in my life where I can use everything I’ve done for those I believe are worth investing in. It has become my why.

My sisterhood and I don’t always have a seat at the table, and we’re not always invited to the room, but I’ve made myself really comfortable being a party crasher.

And just a little secret … the party is always better when my sisterhood and I show up.

What is the economic backdrop that is fueling venture capital demand among women founders of color, and what can be done to improve it?

People have to put money where their mouth is. What is happening these days is too many press releases are issued by people and big corporations proclaiming their financial commitment to black companies or racial justice, but the dollars appear as marketing, sponsorship dollars, or loans.

What advice do you give other women entrepreneurs in color?

I always tell them be brave, be brave and double your number. Whatever you ask for, double it up. The choice is yours, so look for investors to work with you.

What was the biggest challenge in your career?

I get noes every day. What’s worse is the silence or the nice “let’s keep in touch” and the patting on the head. These cut deeper than the noes. With at least no, you will know where you are. My mother always said, “Go and ask. Nobody has ever died from the word no. “

Really, don’t tell my mom, but I stopped asking. Now I invite and only invite those who really understand. Women and women with color are crushing it in the tech world and too many will miss out on sharing in our success.

What were your greatest rewards?

My greatest reward is the people who have gathered around the fund since we launched. I’m not alone in this. The fund is a network of allies and mentors. I love how we raised the money. JPMorgan provided the initial funding for what is now the WOCstar Fund.

Two of our first investors were Caucasian men who lived in my neighborhood in New York City. Knowing that I can see them at the grocery store or the gym is important and they don’t share my experience or look like me, but trust me to know the best investments from people of color.

After all, it’s the talks with the founders. It’s the mentoring. It’s hard love. There I get my joy and my energy.

I love film and media and I get more women and people with color in the media.

For many years I have been involved in building the next generation of various storytellers and filmmakers. I’ve served on the Ghetto Film School’s advisory board in the past and am still involved with them and the alumni’s Bronx-based creative content house called Digital Bodega. And now I’m very fortunate to have creative outlets like Southbox Entertainment, a film and television studio where I combine creativity and capital, and to work on the board of the Nantucket Project Academy, a community of change makers and powerful storytellers.

This conversation has been edited and condensed.