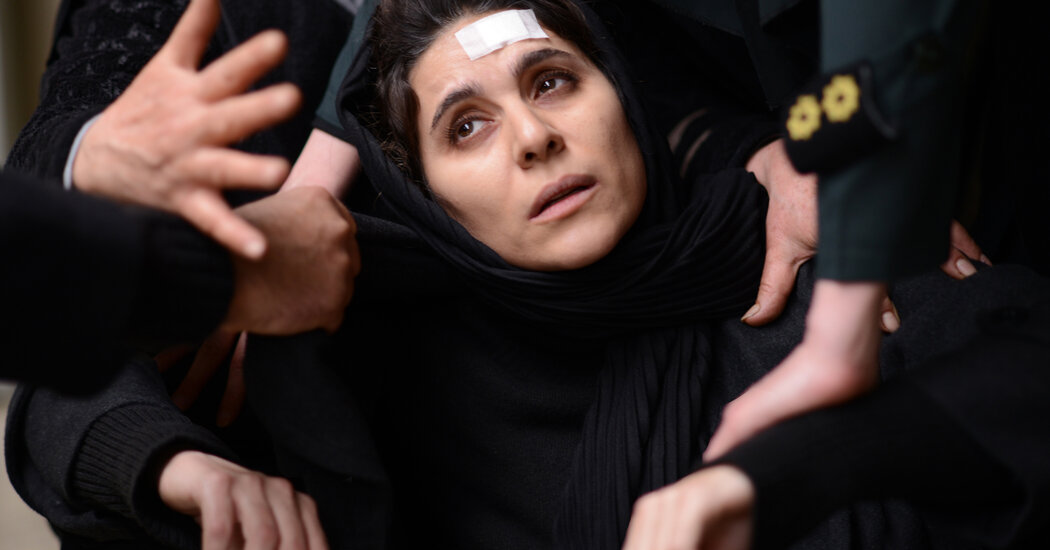 It’s always difficult to define the scope of First Look, the Museum of the Moving Image’s annual showcase of groundbreaking new films. But the line-up tends to be international, experimental and geared towards brand directors. The last edition, which opened on March 11, 2020, had to be canceled shortly after it started.

Enter First Look 20/21, which runs until August 1st. In addition to the presentation of new films, titles will be shown that did not have their New York cinema premieres at last year’s festival, including “The Viewing Booth” (on July 30th). ), a combination of a documentary and a psychology experiment in which the director Ra’anan Alexandrowicz shows footage of an American student from the West Bank, and “Searching Eva” (on July 31), Pia Hellenthal’s unassignable portrait of a web diary author. The new titles include “Zinder” (on Saturday), a documentary about gangs and poverty in Niger; the Iranian drama “180 Degree Rule” (on Sunday); and a program by Ken Jacobs (August 1st) that premieres a 3-D short film. All films are shown in the museum; some will also be available on his website.
BEN KENIGSBERG

Who knows how long the man has been fishing on the shore of the lake in Prospect Park, standing near a thicket of lush trees and staring blankly at someone behind him: Jamel Shabazz, a photographer who took the man’s picture in 2010. For Shabazz’s latest exhibition “My Oasis in Brooklyn” there are 25 more images like this one. (Ten more will be on view in the coming weeks.) The footage, captured over the decades, honors the park’s legacy at a time when its most treasured building, Lefferts Historic House, is being restored.

Organized by Prospect Park Alliance in partnership with Photoville, “My Oasis” will be on display through December 1st on the site fence surrounding the side of the Lefferts Historic House that faces the interior of the park, behind the newly embossed Juneteenth Way . Some photos are more posed than others, but each looks like an intimate snapshot – like “The Crew, 2009” in which Shabazz shows a group of black cyclists, well-known sights of Prospect Park, arranged in an almost perfect pyramid on a staircase next to the bike path .
MELISSA SMITH

In the television world, Sesame Workshop often stands for everything warm and fuzzy, from sunny feelings to cuddly soft muppets. But now this nonprofit educational institution, best known for creating Sesame Street, is offering a very different program: their first documentary series, in which American children face daunting challenges.

Although the portraits are sometimes annoying – from the age of 9 they should be seen with an adult – the films can also be instructive and even hopeful and show how their subjects draw strength from relatives and their peers. In “Apart”, Nnadji, 10, is asked how he would advise children like him. “You are not alone,” he says. “You are here with us. We have you We have you. “
LAUREL GRAVE

Whether you really believe that the name of the BAMF collective stands for “Bringing Artistic Music Forward” – as the advertising material suggests – or that it is a little more unusual, the truth is in the advertising. The members of this flexible group, some of whom got to know each other during their jazz studies at the Juilliard School, are among the most robust and energetic young improvisers on the New York straight-ahead scene.

The collective consists of the singer Jenn Jade Ledesna, the saxophonists Irwin Hall and Marcus Miller (not related to the bassist of the same name), the bassists Barry Stephenson and Noah Jackson and the drummers Henry Conerway III and Charles Goold.

Prior to the coronavirus pandemic, it held a monthly residency at Minton’s Playhouse, the historic Harlem jazz club where bebop flourished in the 1940s. After the reopening of Minton’s, the BAMF collective recaptured its seat. Two separate sets will be played on Sunday at 8 p.m. and 10 p.m. Tickets are $ 25, reservations are required, and there is a minimum of $ 30 food and drink per visitor.
GIOVANNI RUSSONELLO

A renewed home for improvisation groups

The Upright Citizens Brigade and Peoples Improv Theater may have closed their main Manhattan venues during the pandemic, but two of the city’s long-standing improvisation groups found new residences on the grounds of the UCB’s main base from 2003 to 2017, located below Gristedes on the West 26th Street and Eighth Avenue were taken over and repurposed by Asylum NYC, which now hosts sketch, improvisation, and stand-up comedy most nights.

The Curfew, which began at UCB in 2010, included D’Arcy Carden, Natasha Rothwell and Lauren Adams as members and to this day includes co-founders such as Jim Santangeli and Charlie Todd, who also founded Improv Everywhere. The troops will return to the Asylum on Saturday at 7.30 p.m. At 9:30 p.m. North Coast will perform her improvised hip-hop comedy, which she has directed since 2009 and which was an integral part of the PIT on Saturday night. Tickets for each show are $ 20.
SEAN L. McCARTHY