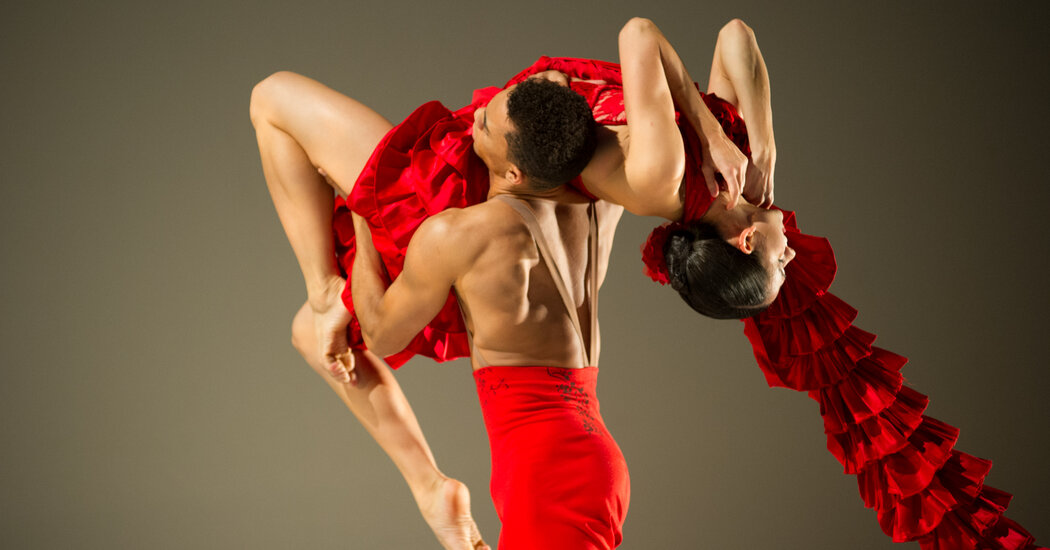 Children may not immediately understand the title “Dynamic H2O”, but they don’t need to have a chemistry degree to warm up to the cool theme of this exhibition.

A seasonal installation at the Children’s Museum of Manhattan, this show teaches everything about water: its vital role in human life, and more specifically, how it gets from the Catskill Mountains to homes in New York City. On display until mid-October in the Sussman Environmental Center, a multi-storey outdoor space, “Dynamic H2O” is open at all times, as long as the exhibition theme does not fall out of the sky. (Families must purchase timed tickets in advance.)

The installation has interactive exhibits, as well as diagrams, illustrations and diagrams. But the real star is the substance itself: a new 22-foot-long water table ensures a continuously cleaned and flowing supply. After putting on smocks provided by the museum, children can use small tools and toy building materials to divert, block, or flow this stream through slides, through pipes, and around man-made land masses. A second water table offers sailing and fishing – no immersion, but lots of splashing fun.
LAUREL GRAVE

The interdisciplinary art space Knockdown Center, which houses a former factory in the Maspeth neighborhood of Queens, opened its seasonal music festival Outline in February 2020. However, it got off to an unfortunate start: the next five editions were canceled due to the pandemic.

This weekend, Outline is celebrating its comeback in the center’s back yard with an eclectic line-up that ranges from underrated elders to lively newcomers. Headlining on Saturday is ESG, the Bronx dance punk group, whose 1981 track “UFO” permeates decades of music history and has been sampled by numerous artists, including NWA and Nine Inch Nails. This is joined by Magdalena Bay, a duo from Los Angeles who make sparkling, maximalist synth pop (and wonderfully weird TikToks); the experimental rapper and producer Pink Siifu, whose current album “Gumbo ‘!” reflects his southern rap influences; and other.

On the Sunday bill are the club pop singer Jessy Lanza and the house producer Galcher Lustwerk. Performances take place daily from 3pm to 10pm; Day tickets are available for $ 30 upfront or $ 35 on the day of the Knockdown.center.
OLIVIA HORN

Flamenco in the park

The annual Bryant Park Picnic Performances series put on outdoor dance shows before it was considered a safety measure. This summer, the series was similar to previous years in that it’s still free and comes first, with food vendors and a relaxed atmosphere. The difference: the ability to stay home and watch the livestream on Bryant Park’s website.

This year’s dance program ends on Friday at 7 p.m. with sleek, contemporary entertainment by the Ballet Hispánico. The repertoire is bright and stylish: “Línea Recta”, Annabelle Lopez Ochoa’s chic deconstruction of flamenco fashion and traditions, and “18 + 1”, a Gustavo Ramírez Sansano romp to Perez Prado mambos. The bill shares the Jamel Gaines Creative Outlet, whose selection includes “Waiting,” which uses John Mayer tracks to move from fear and struggle to playful partying.
BRIAN SEIBERT

The discography of the singer, pianist and composer Judith Berkson gives an indication of her range. Her 2010 album “Oylam” on ECM Records contained Yiddish folk songs and excerpts from Schubert’s “Winterreise” as well as original pieces. Since then she has also contributed vocals to some of the burning and complex albums by drummer Dan Weiss.

Berkson’s latest album – “Liederkreis II,” which was released on Notice Imprint in May – offers another look at her adaptive intelligence as she becomes more aggressive with electronic instruments (and manipulations).

Schubert’s influence can be felt again. But this time Berkson adds some atmospheric synths to her radiant, trance-like vocal performance with “The Double”. The result sounds like a rendition of the canonical track reconfigured for a club in a David Lynch movie. The rest of the album balances this song-like quality with edgier, percussive experiments (as with tracks like “NeuDeux” and “Bundt”).
SETH COLTER WALLS

The graceful end of a panorama

The dozen pieces in Richard Nelson’s Rhinebeck Panorama are always about Americans reacting with inner voices to every bitter cultural moment they find themselves in. With their slow naturalism and domestic intimacy, these barren dramas are populated by families – the apples, the Gabriels, the Michaels – who in one way or another have been intertwined for years.

“What Happened ?: The Michaels Abroad,” which premieres Saturday at Hunter College’s Frederick Loewe Theater, is the final installment in the series, Nelson says. It’s also a return to face-to-face meeting – albeit not at the Public Theater, where most of the cycle was first performed – after Nelson, his own director, put it online with three Zoom plays.

In “What Happened?” Choreographer Rose Michael is dead, a loss that spreads among all who love her, including her wife (Maryann Plunkett), her ex-husband (Jay O. Sanders) and her former dancers. So expect interludes of Terpsichorean grace.
LAURA COLLINS-HUGHES