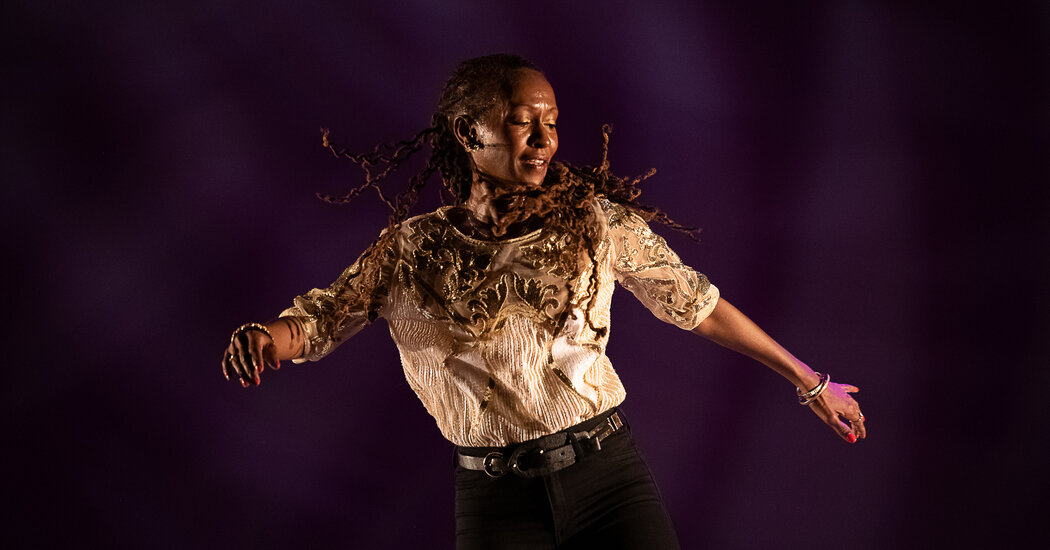 In October, the New York City Center re-launched its popular Fall for Dance festival in digital form: dancers used the stage of the empty theater and their performances were broadcast to the audience at home. In honor of Black History Month, three of these presentations will be streamed again – “Lady Swings the Blues” by brilliant tap artist Dormeshia; Kyle Abrahams “To See” danced to Ravel’s “Boléro” by Calvin Royal III of the American Ballet Theater; and Morani / Mungu (Black Warrior / Black God) by Jamar Roberts, a longtime member of the Alvin Ailey American Dance Theater and choreographer for the company.

Each of these works is a stunning solo, but in Dormeshia’s case this category doesn’t quite fit; Even though she’s the only dancer on stage (glamorous in gold shoes), her feet chat effortlessly with the live jazz trio by her side. Royal and Roberts also offer deeply musical performances. The three works are a balm for any winter blues and can be viewed free of charge on the city center website or YouTube channel until March 5th.
SIOBHAN BURKE

Between despair and hope

Save the Boys, the 20-minute setting of a poem by Frances Ellen Watkins Harper by composer Tyshawn Sorey in 1877, was the first of these planned dramatic premieres and made its debut earlier this month. Sorey’s work is performed by countertenor John Holiday and pianist Grant Loehnig and is sensitive to the emotional registers of the original poem. Harper’s text contains both deep despair over the slave trade and almost hopeful calls to action.

In this setting, Sorey’s piano part alternates (sometimes heavily) between these different areas while writing for the voice manages to float gracefully between them. Occasionally, during Holiday’s staggering performance, pain and hope mesh in one sentence – evidence of skill that also produces dizzying operatic power.

You can rent Save the Boys for $ 10 or buy a season pass for $ 99 from OperaPhila.tv.
SETH COLTER WALLS

All of Manhattan is a stage

The title of the latest Paper Bag Players production expresses something we all long for: “On the go and together again.” But until this state is fully achieved, the members of the company propose this virtual project – which they go and get together again shows – as an encouraging distraction.

This 40-minute video (available on request indefinitely) was created by actors Kevin Richard Woodall and John Stone, the troupe’s music director and composer, and shows the players and their signature paper and cardboard props outdoors in Manhattan. Families paying $ 20 to stream the revue on Vimeo can expect favorite skits like the interactive dance “The Paper Bag Rag” and “Bob the Slob,” conveniently held in a park.

The presentation also features indoor magic. The landscape artist Jonathan Peck demonstrates his talents in a participatory exercise and in the live animated premiere “Anywhere Chair”. This object promises that if you take a seat, “we can go anywhere” – including this company’s inventive shows.
LAUREL GRAEBER

If subway benches could talk …

The Seventh Avenue Express, also known as the No. 2 train, makes 52 stops between Flatbush Avenue in Brooklyn and 241st Street in the Bronx. Each of these stations has a story to tell, and playwright Ren Dara Santiago makes sure they are heard.

So she conceived and created “MTA Radio Plays,” produced by the Rattlestick Playwrights Theater and available on its website. In this series of audio pieces, which are three to 15 minutes long, she acts as the figurative conductor on a train carrying the works of 17 artists she has commissioned.

The pieces cover myriad genres and styles and are as diverse as the neighborhoods that the subway connects. The upcoming work by Xavier Galva, Victor Cervantes Jr., and Robert Lee Leng will focus on issues such as neighborly friendliness and urban altruism.

So far, six episodes have been released, with the next batch due in the coming week and further installments arriving at least monthly through June. The best part? The serial pass costs only 15 US dollars and, unlike a MetroCard, does not expire.
JOSE SOLÍS

A platform that rocks

With the demand for streaming at an all-time high, niche platforms are plentiful for every type of viewer. For rock lovers, the Coda Collection – a new Amazon Prime Video add-on – offers a wealth of concert films and rock documentaries. Prominent stakeholders in the collection include Yoko Ono and Janie Hendrix, Jimi Hendrix’s adoptive sister; Unsurprisingly, the content leans towards the classic. This includes nearly a dozen Hendrix titles, plus several with the Rolling Stones, Pearl Jam, and Bob Dylan.

There are also more contemporary offers. “A Dog Called Money”, a new documentary about PJ Harvey, accompanies the British musician on her research trips that informed the creation of her ninth album “The Hope Six Demolition Project”. And Miranda Lambert’s “Revolution: Live by Candlelight”, which captures an intimate acoustic performance by the country star, had its streaming premiere on the platform.

The Coda Collection is available to Prime members for $ 5 per month. Free trials are available.
Olivia Horn

Outsider Artwork Honest, Smaller This 12 months, however a Mannequin for the Future

‘The sell-off in all probability is not accomplished’

Breakthrough Covid Circumstances: Unusual and Usually Delicate, however Not At all times