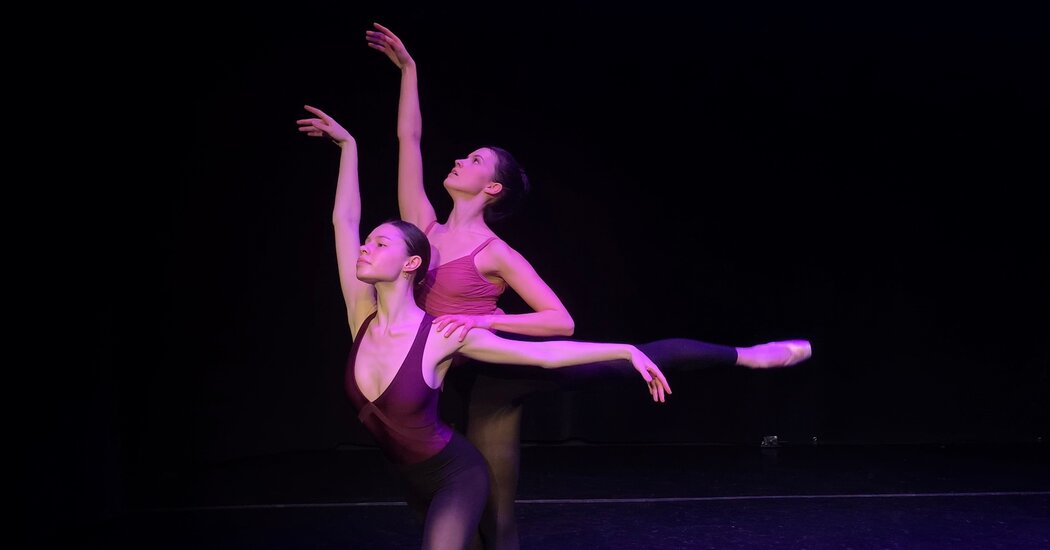 In the past few years, comedian Sarah Silverman has been in touch. In 2017 and 18, she toured the country for her Emmy-nominated Hulu series “I Love You, America” ​​in search of different opinions. In October she started the “Sarah Silverman Podcast” in which she answered questions from listeners who left her voice messages at kastmedia.com/asksarah.

Now she’s ready to hear from people even more directly in a new livestream. Silverman promises an interactive stand-up performance, saying in a promo she made for it, “I’ll talk about everything big and small, guided by your live questions and comments.” Tickets to the stream are $ 20 and are available from RushTix. The show begins on Saturday at 9:00 p.m. Eastern Time and can be viewed for 48 hours thereafter.
SEAN L. McCARTHY

Foolishness and surprises up your sleeve

Known as Mario Marchese backstage, he performs these and other tricks in Mario’s Virtual Punk Rock Magic Party, which he will host on Sunday and March 21st at 1:30 p.m. Eastern Time. Marchese, who performed on “Sesame Street”, presents as much silly comedy as instinct in this 40-minute zoom production. (The punk rock is G-rated.)

An energetic performer – he can make Gilbert Gottfried look gentle – Marchese specializes in the kind of slapstick that kids under 10 giggle with. They especially appreciate the invitations to help him out as much as the format allows and dance wildly in the end.

Families who can buy tickets for $ 25 per household at Eventbrite.com will see some cool illusions that include not just coins but also playing cards, milk, and some handcrafted robots. That’s magic with a soup of science.
LAUREL GRAEBER

From the periphery to the fore

Many things happened in 2020 that we would rather forget, but the social justice movement shouldn’t be one of them. It has shaped the practices of many color artists over the past few months. Parallels & Peripheries: Practice + Presence, a dynamic exhibition of works by color artists at the New York Art Academy, is evidence of the recent reassessment of the intersection of art and activism.

Robyn Gibson, an assistant curator, organized the show with Larry Ossei-Mensah to hold the academy responsible for not providing a space for artists of color to feel seen. In this way, Jean Shin’s “projections”, a series of cascading projector slides intended to convey this marginalization, are not only the actual heart of the show, but also the thematic one. Together the pieces ask us: “Who are the real” masters “?”

The exhibition can be seen until Sunday. Appointments for a personal inspection can be made at nyaa.edu/parallels-peripheries. You can also find links to a virtual show and a recording of an artist panel discussion.
MELISSA SMITH

After establishing herself in her hometown music scene in Santiago, Chile, Claudia Acuña moved to New York in the mid-1990s after a rebirth of jazz. The breadth and richness of her voice quickly attracted attention, as did her adaptability to the gentle rhythmic inflections of her band.

On Saturday, Acuña will present a multi-part program at the Academy of Music Theater in Northampton, Massachusetts as part of the International Women Rising Festival. The first concert at 3 p.m. Eastern Time will draw much of its material from Turning Pages, their latest album, which features mostly original compositions while highlighting Acuña’s well-known alchemy of influences: South American folk, Afro-Latin American rhythm, 20th century Pop and American jazz repertoire. At 8 p.m. she offers a separate show that focuses on the romantic bolero tradition. Both concerts can be streamed at Thirdrow.live/events/claudia-acuna. each cost $ 15. At 7pm, Acuña will attend a Q. and A. session. Tickets for this cost $ 20.
GIOVANNI RUSSONELLO

As a strange woman in ballet, Adriana Pierce often felt unseen and not represented on stage and outside. No wonder. The presence of queer women in ballet is seldom discussed in choreography and almost never explored. Pierce is trying to change that with her #QueertheBallet project.

In February, she and two American Ballet Theater dancers, Remy Young and Sierra Armstrong, performed at Bridge Street Theater in Catskill, NY. A nine-minute film recording rehearsals and choreographing a new duet by Pierce is now available for free on the project’s website and on the Bridge Street Theater’s YouTube channel.

In the film, Pierce explains her desire to explore the nuances of connecting women, as well as the technical and expressive possibilities of two women in pointe shoes. The duet certainly doesn’t look subversive, which may be the point. “Ballet doesn’t have to change very much to take on more identities,” she says.
BRIAN SEIBERT

October 5, 2022
How to live stream to YouTube from Mac