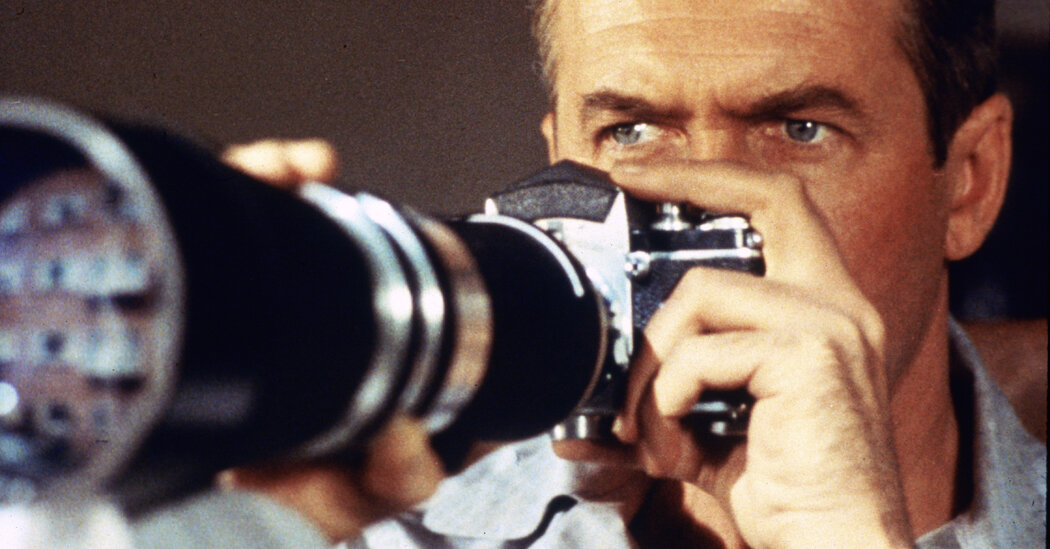 With the change of seasons, the increasing availability of vaccines, and the cautious return of live performances, New Yorkers may feel more hopeful than they have been in a while. But whatever stage of the pandemic we are at, it can still be exhausting when the effects of a draining year hit.

A new digital production by tap dancer and choreographer Ayodele Casel promises a surge of joy that will lead us through this second spring of the pandemic. The evening “Chasing Magic”, presented by the Joyce Theater, unites Casel with the jazz composer and musician Arturo O’Farrill, a continuation of their celebrated Joyce engagement in 2019. In addition to a collaboration with the choreographer Ronald K. Brown, the show includes other contributions by the tap artists Anthony Morigerato, Naomi Funaki, Amanda Castro and John Manzari, in which creative chemistry is emphasized as an antidote to isolation. The presentation begins Thursday at 8 p.m. Eastern Time and runs through April 21. Tickets are $ 25 and are available from joyce.org.
SIOBHAN BURKE

The views from Hitchcock’s ‘Window’

After a year in prison, New Yorkers may be the last thing they want to stare out of an apartment. But “Rear Window”, Hitchcock’s 1954 masterpiece, never gets old and its story sums up what cinema is.

As an intrepid photographer with a broken leg, James Stewart becomes a captive viewer who is tied up by a frame – not a movie screen, but his window, from which he experiences the love life and loneliness of his neighbors as a proxy until he sees evidence of it possible murder. Repeated reflections don’t tarnish the tension and only inspire awe at how Hitchcock deals with the individual set and the perspective of Stewart’s character. In a dark theater, the finale – in which the protagonist uses a flashlight to defend himself – will have its real dazzling effect.

“Rear Window” will be shown in the Film Forum from Friday to April 15th. Please read the Policies of the Centers for Disease Control and Prevention before watching films in theaters.
BEN KENIGSBERG

Puberty is often difficult, and asking for help can be even more difficult for those who experience it. On Friday, 6 p.m. to 8 p.m. East Coast Time, the 2021 Changing Minds Young Filmmaker Festival will address these challenges with short essays focused on mental health.

Presented by Community Access, a Manhattan nonprofit, this free virtual program includes the festival’s winning film – Kat Dolan’s “Nobody but Myself” – and seven finalists. The films, selected from more than 700 submissions by directors ages 15-25, address topics such as anxiety, body image, and attention deficit hyperactivity disorder. Dolan’s project portrays depression as an intimate companion, while Naeela Djemil’s “Petrichor” shows how it affects a young Muslim woman.

Shadille Estepan, the communications and outreach manager of the Born This Way Foundation, a youth initiative co-founded by Lady Gaga, will moderate a final Q and A with the filmmakers. The entire program will be streamed on event.gives and on Facebook and will then also be available on the Instagram page and the Community Access YouTube channel.
LAUREL GRAEBER

Put on the mix

When the Komische Oper Berlin is planning a season of musical dramas, it is often a pleasure to see that repertoire warhorses alternate with modernist works and joking rarities. The upcoming free concert by his orchestra on Friday at 2 p.m. Eastern Time will have a similar form (streaming on komische-oper-berlin.de, where the concert will last for a week after the live presentation).

The classic on offer is Mozart’s “Jupiter” symphony. The modernist work is Webern’s Variations for Orchestra. The joking rarity? That would be Friedrich Gulda’s Concerto for Cello and Wind Orchestra – a piece full of transitions between jazz and rock influences as well as Austrian vintage dances (among other things, points of reference).

As a pianist, Gulda worked with Chick Corea and was a well-known interpreter for Mozart. But since the concert can also be registered as pastiche, it will be interesting to hear whether the conductor James Gaffigan – a New York favorite who will debut with this orchestra on Friday – can bring a sense of unity to the overall program.
SETH COLTER WALLS

Though her early career was rooted in the Washington, DC go-go scene, singer and bassist Meshell Ndegeocello has long since transcended regional and genre affiliations. For three decades, her records have moved freely between R&B, hip-hop, rock and jazz, provoking and challenging listeners with experimental forms and open politics.

As the curator and headliner of this year’s BRIC JazzFest, which is practically taking place for the sixth time this weekend, Ndegeocello is something of the spiritual leader of the festival. Like them, only a few participants are exclusively jazz musicians. On Thursday night’s program is Phony Ppl, an energetic Brooklyn fiver fed by funk and hip-hop (as heard on her latest single with Megan Thee Stallion). On Friday, Ndegeocello shares the bill with composer, singer and art world darling Justin Hicks. Robert Glasper, an inventive pianist with a Rolodex star staff including Kendrick Lamar and HER, will perform on Saturday.

Tickets for the streams, which begin at 7 p.m. Eastern Time each evening, start at $ 20 and are available at bricartsmedia.org. The prices increase according to the number of viewers per household.
Olivia Horn