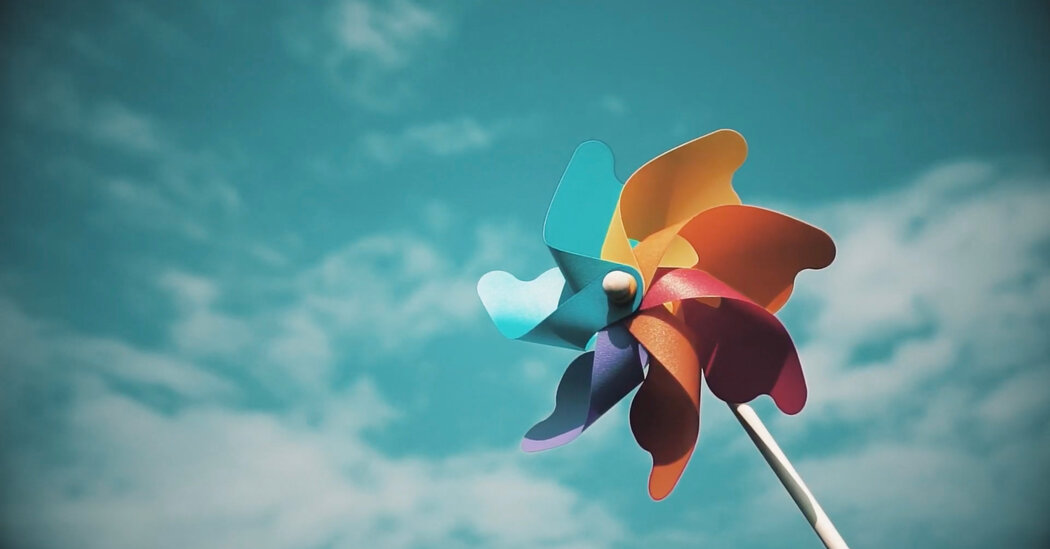 You’re never too young for Carnegie Hall. This venerable institution keeps even the youngest children entertained with free online projects, all accessible through their website, ranging from writing lullabies to discovering the orchestra.

Do you have an energetic preschooler? Discover Sing With Carnegie Hall, a series of six interactive videos on topics such as rhythm, imagination and play. Each short session is moderated by singer-songwriter Emily Eagen and includes a guest artist offering both movement and music. Little ones can count in Spanish with Sonia De Los Santos, pretend tossing smelly socks with Onome and imitating the expressive antics of Nick Demeris, aka Human Instruments.

Demeris is also a voice in “Camille’s Rainbow”, described as “an opera for babies”. (You read that right.) Composed by Thomas Cabaniss and Saskia Lane, with a libretto by Zoë Palmer, this work celebrates color with soaring vocals and Riza Printup’s harp. Dan Scully created animations for the six online segments that are as dreamy and lyrical as the score.
LAUREL GRAEBER

A post-Covid future is finally around the corner for music festival organizers who have started to announce line-ups for summer and fall. But the fields of Worthy Farm in Somerset, England will be largely dormant for the second year in a row: Glastonbury, the flagship festival that normally takes place there, won’t welcome the music-loving crowds again until 2022.

Instead, a virtual program this weekend offers participants a mud-free alternative. The rock-oriented bill shows strong British representation, with Coldplay, Damon Albarn, Idles and Wolf Alice playing sets from the festival grounds. They are joined by Haim, who offers a west coast perspective with his summer pop-rock, and Jorja Smith, who plays silky R&B. Contributions from PJ Harvey and Jarvis Cocker are also planned.

The festival offers a number of time zone-specific streams to choose from, including one at 7 p.m. Eastern Time on Saturday with encore broadcasts at 9 a.m. and 2 p.m. on Sunday. Tickets for each stream start at $ 27.50 and are available at worthfarm.live.
Olivia Horn

A few years ago, New York ballet soloist Georgina Pazcoguin and art administrator Phil Chan founded Final Bow for Yellowface, an initiative that calls for an end to outdated, offensive depictions of Asian people in ballet. What began with the mission to update the classical canon – specifically the “The Nutcracker” section known as “Tea” – has since grown into a larger platform for celebrating Asian dancers and choreographers.

In May, Yellowface.org is hosting 10,000 Dreams: Virtual Choreography Festival for Asian American and Pacific Islander Heritage Month. Each day the series features a short digital work by a choreographer of Asian origin. This weekend features contributions from Jessica Chen (Friday), Keerati Jinakunwipat (Saturday) and Pallabi Chakravorty (Sunday). Final Bow also partnered with Hubbard Street Dance Chicago to present “Unboxed,” for which three choreographers came up with their own versions of “Tea”. The first two by Yin Yue and Edwaard Liang were published; Peter Chu’s third arrives on Monday at hubbardstreetdance.com/unboxed.
SIOBHAN BURKE

A ‘lady’ with a little restraint

At first glance, Shostakovich’s opera “Lady Macbeth of Mtsensk” seems easy to sell. It offers glaring murders, explicit sensuality and a broad satire – as well as a seditious orchestration.

But it’s more than pulp fiction. The main character (real name: Katerina) has to do more than endure claustral domesticity and physical assault before engaging in violence again. Opera works best when hints of defiant idealism are allowed to creep in. Therefore, it is mainly thanks to the approach of the mezzo-soprano Chrystal E. Williams that a performance from 2019, which is streamed on the operavision.eu website and its YouTube channel, works so well.

Williams is staged by director Graham Vick in an English translation and performed by the Birmingham Opera Company in a “disused, legendary nightclub”. He has plenty of room to convey the physicality inherent in the role, although she and Vick are about to grind house ambiance was wooed in director Martin Kusej’s famous approach. With the relief of the Grand Guignol, the devastating final scenes can be hit even harder.
SETH COLTER WALLS

Stories of the Asian Diaspora

Celebrate the last full week of Asian American and Pacific Islander Heritage Month with two digital offers from Ma-Yi Theater Company in their broadcast studio and streaming platform at ma-yistudios.com.

A reading by Daniel K. Isaacs “ONCE UPON A (Korean) TIME” will be broadcast from Thursday to Sunday. Isaac, an actor known for his sensitive stage and film performances, shows a skillful, delicate touch as a playwright and gives his characters a love of history and tradition in a story about a Korean girl trying to clear the mess around her to understand. Tickets cost between $ 5 and $ 50, and the proceeds will fund future production of the piece.

Until May 31, the platform will also be offering “Vancouver”, an endlessly moving puppet show written and staged by Ma-Yi’s artistic director Ralph B. Peña. The intimate story shares the plight of a Japanese family who moves to the Pacific Northwest in search of a place to call home. You can watch the play for free, but donations are welcome.
JOSE SOLÍS