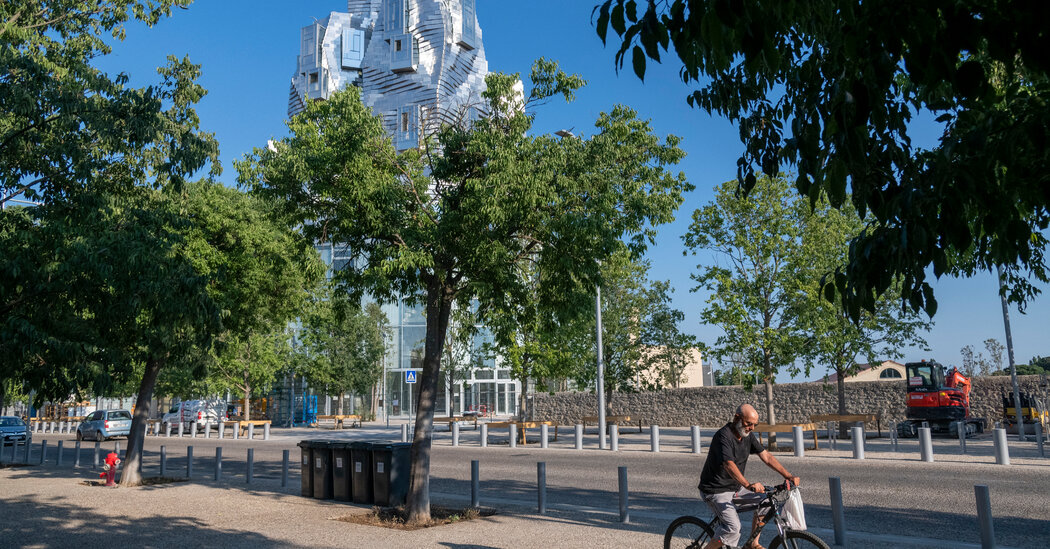 Despite its unconventional shape, the Gehry building is the most museum-like building on the Luma campus, with huge white cube exhibition rooms, a library and an archive on the lower levels, as well as a café, offices, studios, seminar rooms and a terrace viewing platform. But here, too, shimmering white brick walls made of pressed house salt on every floor and slabs of sunflower paste and concrete in the café testify to the vastness of Hoffmann’s vision.

One of the pillars of the Luma project is Atelier Luma, a design and research laboratory that converts local products like salt, sunflowers, rice, algae, and grasses into a variety of building materials and textiles, many of which are used throughout the location.

“The idea is that artists, scientists and researchers can work together and produce unpredictable results,” said Mustapha Bouhayati, CEO of Luma. “Disciplines will not be separated from each other – we will try to bring in new ways of thinking and practices.”

Hoffmann’s connections to Arles and the surrounding Camargue are profound. Her father, Luc Hoffmann, an ornithologist, moved the family there when he set up an observation station and conservation center and spent her school days in Arles. (He also helped start the Van Gogh Foundation in the city in 2010.)

She was about twelve, she said when the Rencontres d’Arles was launched, a photography festival that now attracts tens of thousands of visitors every summer. They were very impressed by his ambition and international reach.

In 2007, the city of Arles opened the renovated Grande Halle, one of the large industrial buildings on the now disused site of the freight yard, which was closed in 1984. At this point, Hoffman, who owned a home in Arles, owned the Luma Foundation (named after their two children).