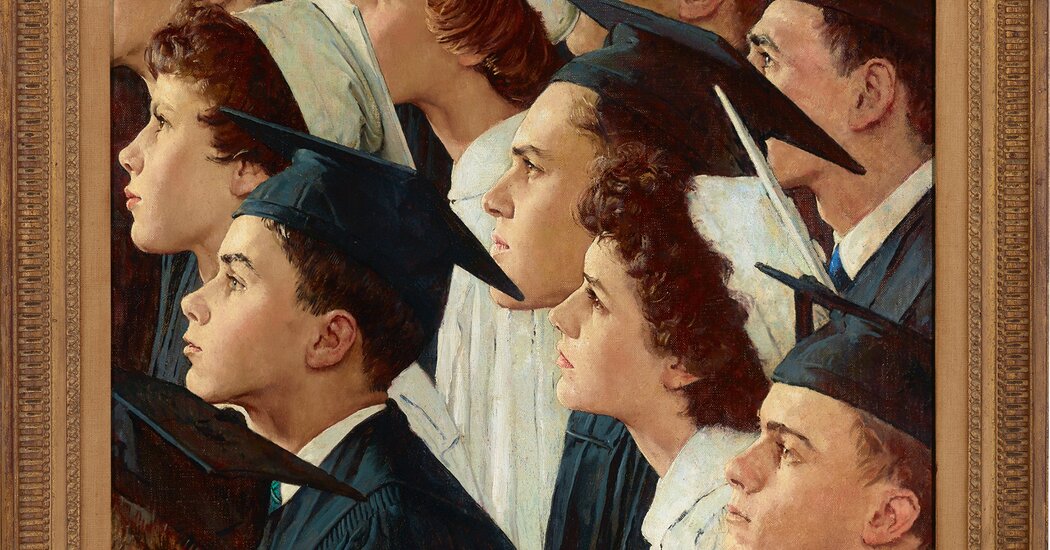 Sorenson believes Rockwell’s inquiry came in 1954 when she was in 10th grade at Stockbridge Plains School. After classes were free for the day, she said, “It was fun walking down the street and going to the drug store. You would go in and either sit in a booth and order a root beer float, or sit on a stool at the counter on one of those wonderful stools that swirled around. “

She can’t remember who Rockwell sent to invite her to go to his studio across the street. She doesn’t remember the modeling session much either. “He must have put that hat on my head and took pictures,” she said. “And then I probably turned back in the drugstore chair and sipped my root beer float, and I didn’t think anything about it.”

Plunkett of the Rockwell Museum shared some details about his encounters with potential subjects. “He had a studio assistant who took the actual photos,” she said. “He brought each person into the studio individually. He would explain to them very concisely what the piece was and what kind of expression he was looking for. He would be right there and train her. When he got the printout he wanted, he told the photographer to take the picture. “

She said he gave his models a Coca-Cola and paid them, usually $ 5 to 10 for a session that lasted about 20 minutes. “A lot of them say, ‘I wish I hadn’t cashed the check,” she said. That fee was more than Rockwell’s son Peter, who died last year at the age of 83, said he received. “I got $ 1 each Hour and people outside the family $ 5, which I thought was terribly unfair, “he said in 1993.

Rockwell painted over 300 covers for The Saturday Evening Post. But “Bright Future” was painted for an advertisement for a bank (although it appeared in the magazine in 1955). “He used more female models and female motifs in ads, which tended to show a wider cross-section of America – the covers of the Saturday Evening Post were more masculine,” said Deborah Solomon, an occasional Times writer and writer for “American” Spiegel: Life and the Art of Norman Rockwell ”(2013). “It was in the commercial interests of most companies to include pictures of women in their ads, which explains why Rockwell’s most vibrant pictures of girls and women are likely the ones he used for ads for Crest Toothpaste, Kellogg’s Corn Flakes, and Massachusetts Mutual Life Insurance has drawn. ”

Sorenson said she was posing alone, but in the painting she was flanked by schoolmates – a girl nicknamed “Carrots” for her red hair and two boys named Norman. But she was disappointed when she saw the painting in the Saturday Evening Post – not on the cover, but inside the bank ad.

“It wasn’t one of his most exciting pictures like the runaway with the cop,” she said. “I’ve never been so excited. I find it kind of boring. “