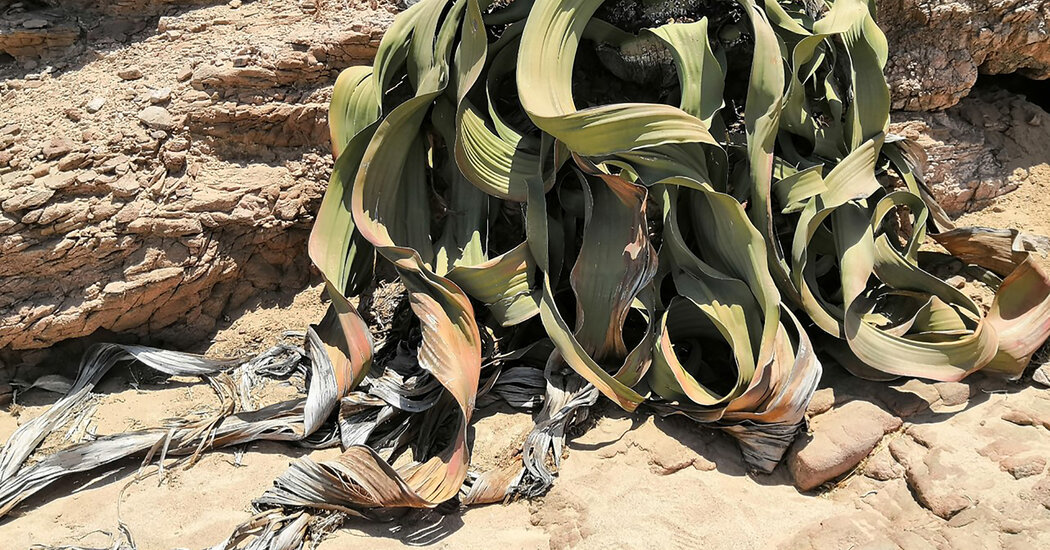 About 86 million years ago, after a failure in cell division, the entire Welwitschia genome doubled during a period of increasing aridity and prolonged drought in the region – and possibly the formation of the Namib Desert itself, said Tao Wan, botanist at Fairy Lake Botanical Garden in Shenzhen, China, and lead author of the study. He said that “extreme stress” is often associated with such genome duplication events.

Dr. Leitch, a co-author of the study, added that duplicated genes are also stripped of their original functions and possibly take on new ones.

However, having more genetic material comes at a cost, said Dr. Wan. “The most basic activity for life is DNA replication. So when you have a large genome it is really energy consuming to sustain life, “especially in such a harsh environment.

To make matters worse, a large part of the Welwitschia genome consists of “junk” self-replicating DNA sequences known as retrotransposons. “Now this junk needs to be replicated and repaired,” said Dr. Leitch.

The researchers discovered an “outbreak” of retrotransposon activity one to two million years ago, most likely due to increased temperature stress. To counter this, Welwitschia’s genome underwent widespread epigenetic alterations that silenced these junk DNA sequences through a process called DNA methylation.

This process, along with other selective forces, drastically reduced the size and energetic maintenance costs of Welwitschia’s duplicated DNA library, said Dr. Wan and gave it “a very efficient, inexpensive genome”.

The study also found that Welwitschia had other genetic optimizations hidden in the leaves.

The average plant leaf grows from the tips of the plant or the tips of the stem and branches. But Welwitschia’s original growth spike is dying off and leaves instead pour out of a vulnerable area of ​​the plant’s anatomy called the basal meristem, which provides fresh cells to the growing plant, said Dr. Wan. A large number of copies or increased activity of some genes involved in efficient metabolism, cell growth, and resistance to stress in this area can help it continue to grow under extreme environmental stress. In a warming world, the genetic lessons Welwitschia has to offer can help people grow more resilient, less thirsty plants.