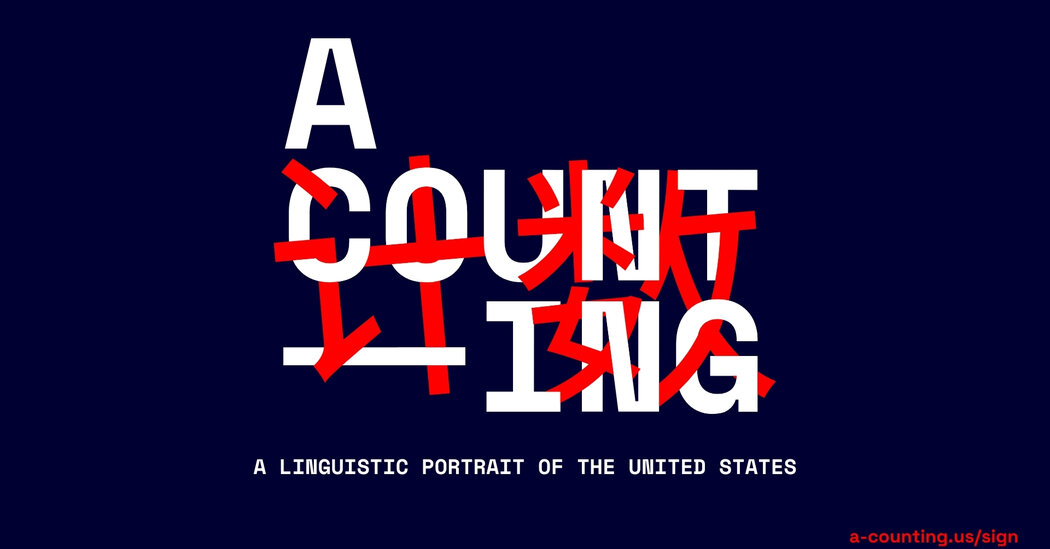 This is how a version of the generative work of art “A Counting” begins: Different voices, each saying a number in a multitude of languages ​​- in this case Lenape, Polish, Tagalog and English – create a kind of choir that counts to 100.

“A Counting” was produced by artist Ekene Ijeoma and his group Poetic Justice at the MIT Media Lab and is an ongoing participatory project that invites people to call themselves and count to 100. These recordings are turned into audio and video portraits of the city – specific editions for New York, Houston, Omaha and St. Louis as well as a national version.

Last week, coinciding with National Deaf History Month, the group called for participation in a nationwide sign language edition. Users can now record that they signed up to 100 in each sign language. The videos are shuffled and merged again.

As more and more people participate in all versions of “A Counting,” each one will continue to grow, not one video, but many. Using custom software, the recordings are mixed and sequenced in real time. (Even if languages ​​change, one thing remains static: “One” is always spoken in an indigenous language.)

“A Counting” originated from Ijeoma’s thoughts on the US census. “The census has historically misrepresented US linguistic and ethnic diversity,” Ijeoma said in a telephone interview. “As people of color we were not counted as a whole, and when we were counted it was used against us. I started thinking about what it would mean to count in a way that would use everyone’s voice. “

So Ijeoma started asking people to count to 100 – a statistical whole – and put their votes together. Users can call (844) 959-3197 to record themselves or visit the sign language version on a-counting.us/sign website to record via an embedded video platform.

Everyone is heard or seen, Ijeoma said, adding that the artwork would continually evolve “into a more complete representation of society”.