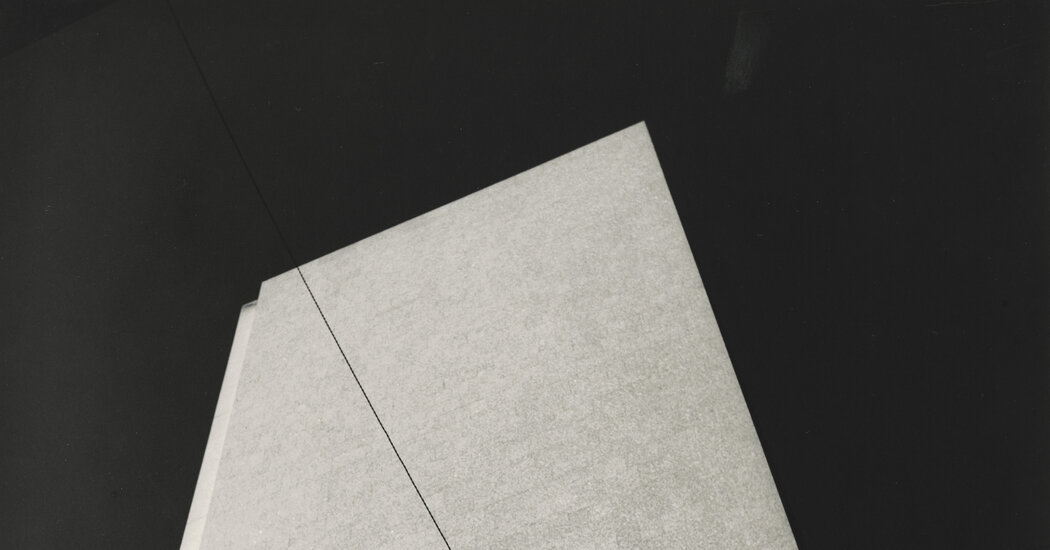 Europe was exhausted after World War II, and Brazil was ready to fill the void. Dozens of artists had left Europe fleeing fascism, and the Brazilian government was ready to support ambitious cultural endeavors, which were reflected in museums of modern art and the opening of the São Paulo Biennale in 1951. This enthusiasm for modern art and new technological forms such as photography can even be felt in amateur clubs such as the Foto-Cine Clube Bandeirante (FCCB) founded in São Paulo in 1939. As a pioneer of the avant-garde art scene, but little known abroad, the group is the focus of the exhibition “Fotoclubismo: Brazilian Modernist Photography, 1946-1964” at the Museum of Modern Art.

This exhibition of more than 60 photographs, paintings and ephemera is the first American museum exhibition about the FCCB, which consisted mostly of hobbyists: journalists, scientists and business people who traveled together on weekends, taking photos and creating workshops, exhibitions and publications about photography promote as an art form. The club included several professional artists – or photographers who later became professionals – in its ranks, as well as a variety of photographs from the growing immigrant communities. It is perfectly clear that these photographers were ambitious in their approach. With new techniques and abstract motifs, they signaled that they were aware of developments in art not only in São Paulo and Rio de Janeiro, but also in Paris, Moscow and New York.

Brazil’s desire to become a “developed” nation – that is, more industrialized and with a greater presence on the geopolitical stage – is evident here. There are photographs of people in expanding cities, cars and many pictures with the beginnings of modern construction: concrete, steel and glass.

The photograph “Ministry of Education” (around 1945) by Hungarian-born Thomaz Farkas is an almost abstract, sculptural view of the country’s first modernist building. Called the Gustavo Capanema Palace in Rio de Janeiro (also known as the Building of the Ministry of Education and Health), the design team included architects Lúcio Costa, Roberto Burle Marx and Oscar Niemeyer, with French architect Le Corbusier as advisors. (Niemeyer designed Brasília, the country’s new modernist capital, in the late 1950s.) Pictures from the club’s excursion to the newly developed Várzea do Carmo residential complex are a little more modest, but they show the photographers aiming their cameras on the same subject nurtured a sense of camaraderie and competition.

The psychological ruptures of a society that strives for development at warp speed can also be seen in pictures such as Marcel Giró’s “Light and Power” from around 1950. The photography is like an abstract illustration and section of the development, with power lines perhaps serving as metaphors serving for people and politics.

Many of the works shown here reflect modernist photography experiments from North America and Europe, such as the activities at the Bauhaus in Germany or Russian avant-garde practices in the 1920s, using the example of artists such as László Moholy-Nagy or Alexander Rodchenko.

Another touchstone is surrealist photography from the 1930s, which aimed for more dreamy, psychedelic effects. Germán Lorca’s “Solarized Portrait” around 1953 is a reminder of this practice. Lorca was with the club for four years, from 1948 to 1952, and left to open a professional commercial studio. “Solarized Portrait” uses an experimental technique popular with surrealists: turning on the light in the darkroom during the development process to achieve a color reversal that gives the sitter’s profile an ethereal aura.

The abstract paintings in “Fotoclubismo” strike the link between photographers who do it for fun or entertainment and those who try to make a new and modern artistic statement. Geraldo de Barros’ membership in the FCCB predated his reputation as a painter and in 1952 as a co-founder of the Grupo Ruptura, which identified with geometric abstraction and concrete art. His austere painting “Diagonal Function” (1952), a composition of black and white geometric shapes, reflects the work of Piet Mondrian, who had a great influence on Latin American artists who wanted to show their rigor and cultural progress rather than the looser one , gestural painting by the Abstract Expressionists in North America.

Another abstract geometric painting, “Untitled” (1954) by Uruguayan artist Maria Freire, shows black and yellow lines that intertwine with a red triangle on a gray-green background. Freire had reviewed an exhibition of FCCB photographs in the group’s influential publication, Boletim Foto Cine, arguing that the organizers could have gone further to show “much more abstract, much less figurative work”.

This Concrete Art approach also extends to de Barros’ photographic work. “Fotoforma” (1952-1953) is a black and white gelatin silver print that uses the same geometric precision as his paintings. His job at Banco do Brasil is shaped by images such as “Fotoforma”, in which he uses a bank punch card that he has brought into the darkroom to shine light through the perforations on photo paper to create his abstract image.

Particularly noteworthy here is Gertrudes Altschul, a German-born artist who fled Nazi persecution and settled in São Paulo. In Brazil, Altschul started her business – making artificial flowers for women’s hats – and many of her photographs pick up on this botanical (or botanically inspired) interest. However, some of her work also focuses on architectural features, framing them like elements in a geometric painting or unidentified objects that become a beautiful abstract composition for photography.

But where are the more amateur photographers and their works? By looking at the display cases with the club’s bulletin, you can see more mundane – and frankly, less experienced – photos of people, places, and things. These don’t quite have the kick or zing or experimentalism of the photographs mounted on the wall. (It’s MoMA, after all.) But the work in the club’s boletim shows the zeal and enthusiasm of its members. Some were more talented and dedicated than others, but the FCCB also heralded the role of photography, both as a valued art medium and a way for everyone else to capture – and temporarily arrest – the volatile and rapidly changing world.