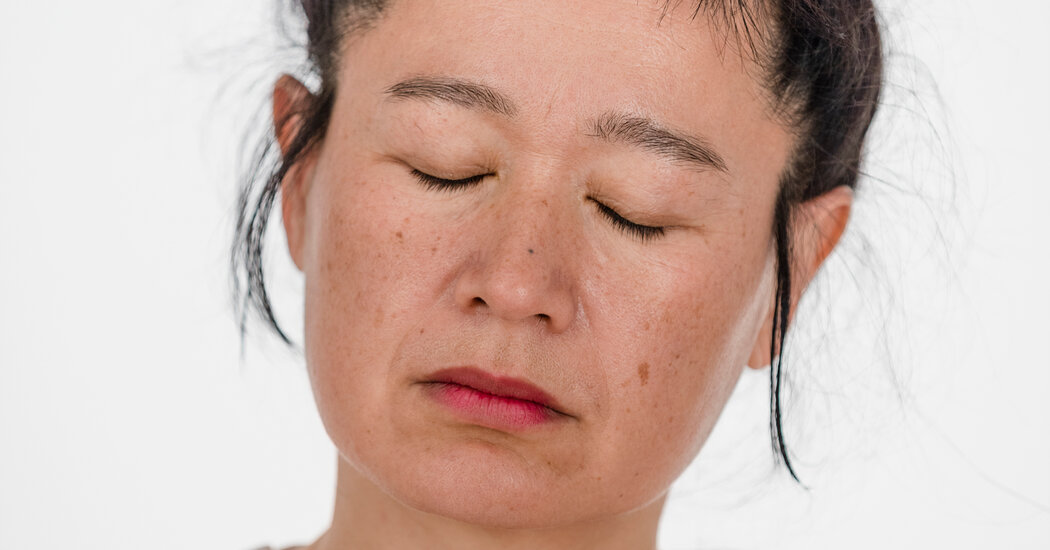 If an artist can understand this absurd time, it would be Hito Steyerl: winner of the digital rejection and social upheaval.

In her video installations, essays and lecture performances, the German artist broke the boundaries between the Internet and the so-called “real world” and examined how digital technologies flow from the screen into war zones, financial markets, real estate developments and auctions. Houses. With bitter humor and a skilful mixture of high-resolution and low-resolution images, Steyerl underlines the violence and absurdity that results from the merging of human life and data – hence the brutal irony of her award in 2017 as “No. 1 ”on a more or less arbitrary list of the“ 100 Most Influential People in Art ”.

The exhibition “Hito Steyerl: I Will Survive” was shown last year in the Düsseldorf Museum K21; it can now be seen at the Center Pompidou in Paris with a delay until July 5th. “I Will Survive” is Steyerl’s most important European exhibition to date and, in addition to her best-known earlier works, presents “SocialSim” for the first time, a new installation that draws attention to the pandemic and police violence. Here animated police officers are not infected with a new type of corona virus, but with dance attacks – which really happened 500 years ago during the infamous dance plague in Strasbourg.

Although her work is relentlessly up-to-date – other videos in “I Will Survive” recall the lack of “Salvator Mundi” and the similarities between the fashion label Balenciaga and right-wing populism – Steyerl has always been deeply ambivalent about new technologies. After the many months that we have spent in front of our screens, your skepticism seems more justified than ever, and in a recently summarized and edited conversation Steyerl told me why we see our plague year less as a disruption than as an acceleration. (We spoke via video link and Steyerl appeared in front of a fabulous zoom background of pink flowers.)

You live in Berlin and teach there at the University of the Arts. Did you stay in place during the pandemic?

I’ve been completely in lockdown since March last year. I actually taught Minecraft: it’s a game for children, ages 7+, and you can build things with blocks. You can build fantasy worlds very quickly. Last week my students staged a version of Brecht’s “The Measures Taken” in a huge communist show trial facility they had built in Minecraft.

What restrictions has the pandemic placed on your art?

Perhaps nothing new was really necessary, except for an intensification of what was already there. I used leftovers from previous shoots, from previous work, plus generated items and items from afar.

In “SocialSim”, which you recently did, we experience social contagion from a “dancing virus” – but also more contemporary social contagions. Resistance to the wearing of masks, which culminated in Germany an attempt to storm the German parliament also spread and spread like some kind of virus transmission last August.

There was something else that really shocked me when I happened in Berlin at the end of last summer when the Egyptian Museum was suddenly attacked by a mysterious “sprinkler”. Someone entered the museum and sprayed an oily substance on around 70 objects. And the idea was – it was not confirmed – that it was about these conspiracy theorists who are very closely networked with the right in Germany.

Kind of crazy that this could happen after two big thefts in the Bode Museum in Berlin and then the green vault in Dresden, Germany.

It was one of the main arguments around the Humboldt Forum, the people who did not want to give anything back: that these objects were not safe. Now it turns out that they are absolutely not safe in Germany either.

I wonder what you think of the Center Pompidou building, which couldn’t be more similar to the Humboldt Forum – although it also has its problems.

The building is this cybernetic machine of the Fun Palace from the 1970s, which somehow rammed into the neighborhood and now has a nostalgic quality that points to a kind of welfare state in which there would be such investments in public museums for contemporary art. So for me it’s a machine: a big machine, a bone-eating machine. And in fact, the show deals with the broken parts of the museum as it opens up to the service corridors where you can see that the windows are actually broken.

The museum has to close for renovation work, for four years.

Which is kind of funny: it was built as that beacon of modernity and shiny novelty, and it wasn’t that long ago, right? But I have a soft spot for these Plexiglas tubes, the “Star Trek” atmosphere.

Speaking of broken glass: For your current video installation “The City of Broken Windows”, now on the Pompidou Show, you interviewed engineers who are breaking windows for a data production company.

That was done in 2018. I was really pissed off because people just wanted me to do shiny, fun CGI stuff, and I really wanted to do something very documentary – strictly, let’s put it that way. Trump had been elected, and I wasn’t in the best of spirits anyway, so I thought, “Let’s do something simple and something real.”

I went to a British company called Audio Analytic based in Cambridge. I read about her on the BBC. And they had manually destroyed thousands of windows to teach an AI, a neural network, to recognize the sound of broken windows. The underlying idea was that a device could call the police or security or something like that. In fact, someone is standing in a huge aircraft hangar destroying windows all day to make a machine smarter. I was totally fascinated.

The old modernist vision of smashing objects to pieces – cubism, futurism – has been absorbed into metrics and surveillance.

A smart home ideology. But also creative destruction – you know, things break quickly, this Silicon Valley idea. All of this flows in and creates such a surveillance panorama. But people are super excited when it comes to breaking the windows. You can even see me; I broke one too. I used this footage in “SocialSim”.

You have never been an “internet native” artist; You don’t have a website, your works are only online as bootlegs. But you did it during lockdown a series of streaming presentations of your works. Did you learn any lessons from the lockdown live streaming into this new exhibit?

I created a more or less new context for these four streaming evenings – for example through conversations with protagonists from the work itself. I thought it was legitimate because it added a new perspective to the works. Mostly it was videos that were suitable for streaming, not multiscreen projections that would get complicated.

But then in Paris I kind of gave up, I have to say. At this point, people are so tired of looking at screens and there is such an abundance of content. This was a show that I was really trying to physically think through, in this room. I didn’t feel like I could in any way make a digital clone of it that could actually replace it. It would just be some kind of homework and a wrong time too.

I’m almost sick ask you about NFTs, but as someone who ruthlessly explored the relationship between art and financial speculation and crime, you must know her.

At the moment, art is an excuse or maybe a pretext to expand the infrastructure: the crypto infrastructure, the Web 3.0 infrastructure. And the tagline is this spell from the NFT It really is a spell because it doesn’t mean anything! It just means: I own you, and somehow I’ll put it on the blockchain through magical crypto-incantations. But because it sounds complicated or high-tech, it draws so much attention, doesn’t it? It’s basically just a disinformation mechanism. The more confusing it gets, the more attention it draws or consumes.

It really does seem that the rhetoric surrounding NFTs – and crypto in general, I would say – draws so heavily on the modernist figure of the artist. Individual creativity, free of institutions, finally unleashed.

I mean, I’m going to see it for at least the third time: this implementation of a new infrastructure with the same kind of sloganering and propaganda. “It’s getting more democratic. It will be more accessible. There will be equal opportunities. Everyone gets information. The middlemen are being eliminated. ”I mean, how often will I hear it? How often do people fall for it?

I heard this for the first time during the first so-called “Internet revolution” in Serbia. You can look at Serbia now, 20 years later, and see if all of this has come true. Then it was the beginning of social media, the Arab Spring, Iran. But the same rhetoric of technology that automatically leads to progress and more equality is being reinstated. It’s basically the same with NFTs. The only difference is that we are now hearing it from Paris Hilton.