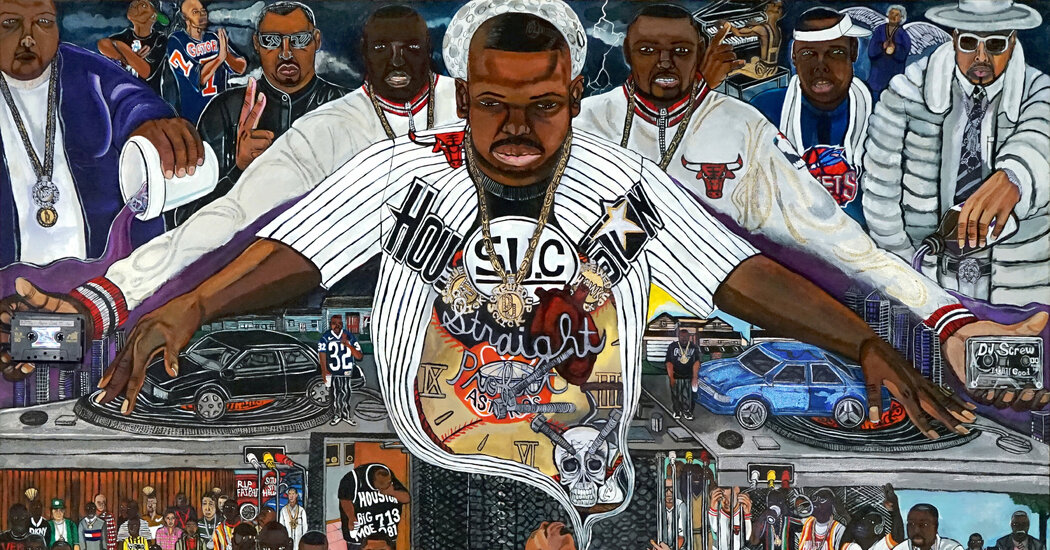 The sound of the Sims piece is based on a single well-known song, “Dixie”, which was composed for minstrel shows before the Civil War and is supposed to ridicule clichés of the “happy” black slave life. (It is possible that its copywriters were Black.) Later, with altered verses, it became the national anthem of the Confederation and then the canonical expression of lost cause nostalgia in the Jim Crow era. Sims doesn’t rewrite the song; he just takes it up as played by black musicians in a range of black musical styles – gospel, blues, soul, hip-hop – and ingeniously undercuts its white supremacist punch.

His work is particularly effective where it is: in a memorial chapel from 1897, which is still on the museum grounds today. Indeed, the immediate neighborhood is saturated with Confederate culture. Right next to the museum is the headquarters of the United Daughters of the Confederation, a squat block of white Georgia marble. Nearby is Monument Avenue, a residential street that was once dotted with statues of Confederate heroes. (As of 2020, all but one of the heroes, Robert E. Lee, have been evacuated.)

The term “Dirty South” can refer to many things, including a morally tainted story. All of the art of the VMFA show, though largely recent, has its roots in such a story. And while the show will travel to other venues in other cities, it has had particular resonance here.