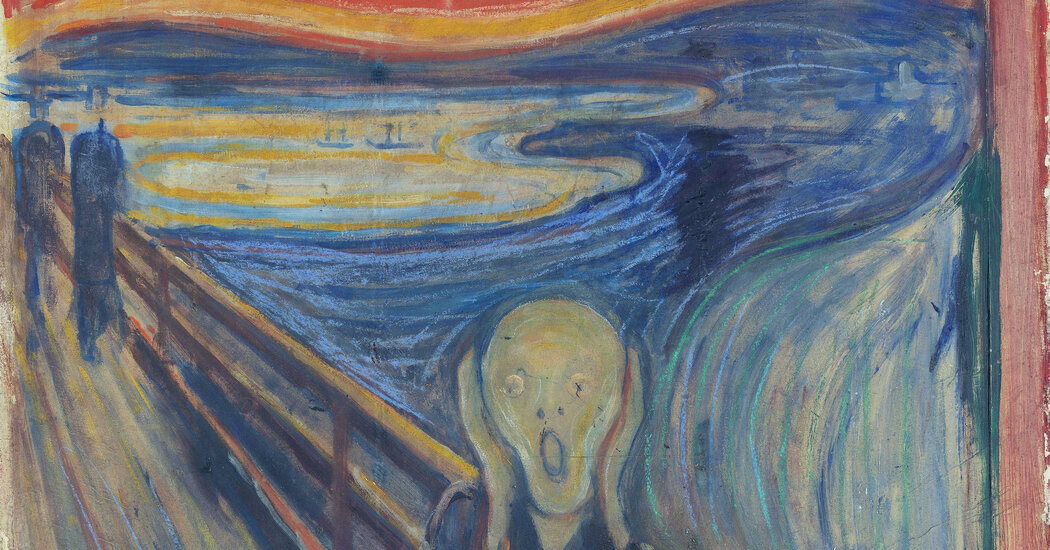 Lasse Jacobsen, a research librarian at the Munch Museum in Oslo who works with Munch’s collected writings, confirmed Guleng’s findings. The infrared photos, he said, made it “a lot easier to see the words, and there are some letters in his handwriting that are really different, like the N or the D that comes up at the end. When I saw it there, I thought, ‘This is Munch.’ “

The catalog raisonné of the Munch catalog from 2008, a comprehensive study of his works by the art historian Gerd Woll, indicated that the sentence had been scribbled by vandalism. “At least that was how it was perceived in 1904,” she wrote when it was exhibited in Copenhagen, “that a tactless hand wrote in pencil.” In an email to the New York Times, Woll said that Guleng’s new evidence “strongly points to Munch as a writer”.

While the Norwegian National Museum was restoring and studying work in preparation for the opening of its new museum in 2022, Guleng took the opportunity to clarify the question of the text.

“It was strange to me that this inscription was so uninquisitive because it is a very strange thing to write on your own painting,” she said.

According to Guleng, Munch probably wrote the sentence about his painting in 1895 after his new work was exhibited in the Blomqvist Gallery in Oslo. During a debate one evening about the exhibition at the University of Oslo Student Union, a medical student, Johan Scharffenberg, said the artwork gave him cause to question the artist’s mental state and called Munch abnormal and a “madman”. Munch was deeply hurt, said Jacobsen and wrote about it decades later.

Guleng believes the inscription is written with irony and reflects both the pain of being attacked and the fear of being considered mentally ill. “By writing this inscription in the clouds, he was in some way taking possession or control of how it should be perceived and understood,” she said.