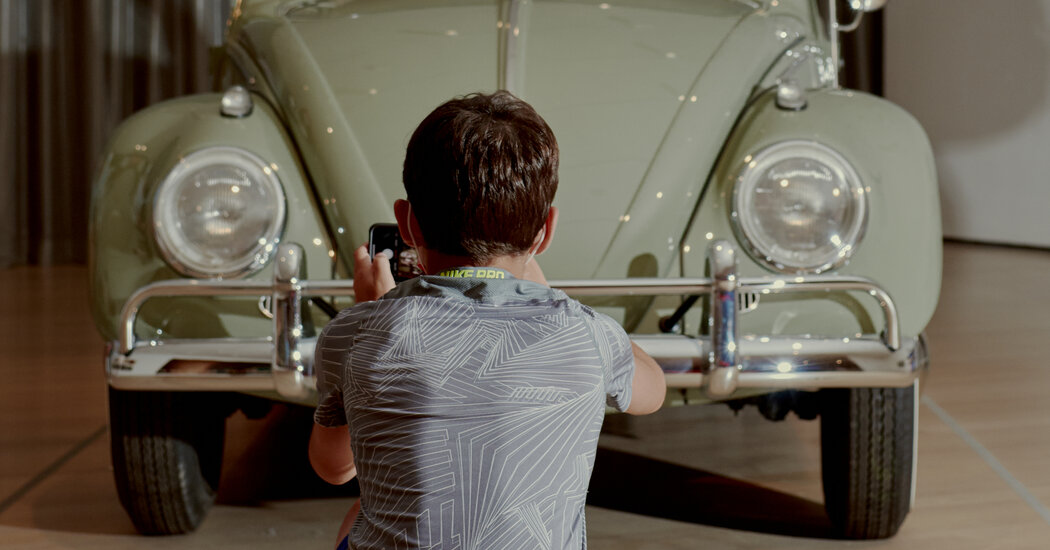 While one VW division violated the Clean Air Act, another put its name in the MoMA program, which would strengthen its civic reference – in particular “Expo 1: New York” at MoMA PS1, an ecological showcase from the Volkswagen funded 2013, which in retrospect looks like a monstrous greenwashing campaign.

“Volkswagen is the car and MoMA is the museum,” said Martin Winterkorn, the then Chairman of the Board of Management, in 2015 strikingly. He is now being charged in the US and Germany, although he has long claimed that he was not aware of any wrongdoing.

But even after one of the biggest corporate and environmental scandals in history, the American Volkswagen subsidiary remains the MoMA’s “Lead Partner of Education”. It supports the public programming of PS1, which took place in a geodesic dome of the Volkswagen brand for nearly a decade (which it finally retired in 2020). The museum has a trainee program, the so-called VW Fellows, who appear in Volkswagen advertising materials and are even allowed to visit the automobile plant in Wolfsburg. And Volkswagen of America honored the restoration of the Beetle, which the museum acquired for the first time in 2002, in “Automania”.

A MoMA spokeswoman Amanda Hicks said in an email on Wednesday that “VW has admitted it betrayed the public’s trust” and “removed the leadership that made it possible”. She added, “We have both continued our partnership and expect VW to live up to its promise to focus on the best interests of the public.”

And that can really all be so much insider philanthropy, except that the organizers of the “Automania” explicitly address the interest of polluters in art in the catalog and in the museum’s online magazine. In both, Kinchin writes about the corporate practice of “artwashing, a now established branding strategy practiced by the polluting fossil fuel industry”. The curator highlights Shell, who commissioned English artists to create posters of the rural English countryside; it also mentions Mobil, whose art philanthropy was the subject of institutional criticism by Hans Haacke in the 1970s and 1980s, and recent demonstrations against BP’s sponsorship of London museums.

That MoMA criticize Shell, Mobil and BP for “artwashing” and then ignore the criminal polluters who still support their own museum, requires a real brass neck. But some drivers find it difficult to give up their car, even if the future does not look sustainable.