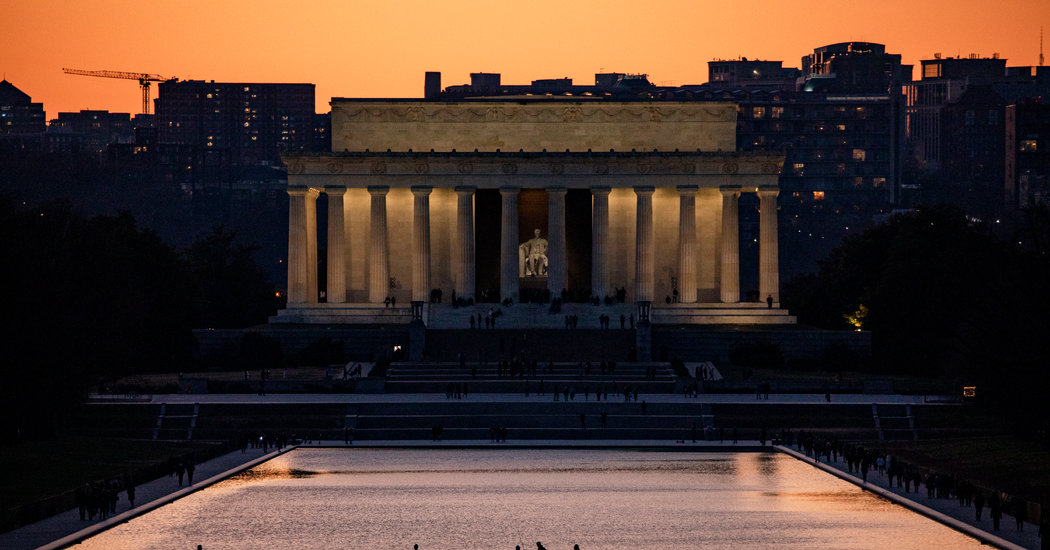 Another classic age has come to an end – a very short-lived one.

An executive order passed by former President Donald J. Trump in the last days of his administration, aimed at making classical architecture the standard style for new federal buildings, was repealed by President Biden this week when the White House made its sweeping withdrawal government continued policies of previous administration.

Although Trump’s order no longer banned the examination of newer designs, it was sharply condemned by several prominent architects and architectural associations – including the American Institute of Architects and the National Trust for Historic Preservation – for attempting to establish an official, preferred national one Enforce style.

Trump’s Executive Order, which he signed in December after losing his bid for re-election, was entitled “Promoting Beautiful Federal Citizen Architecture” and praised Greco-Roman architecture as “beautiful” while modernist designs were “ugly and inconsistent” have been described. “Those who campaigned for the Order heralded it as a return to a bygone era of federalist style. The American Institute of Architects, which said it was “appalled” by the Trump order, praised the decision to revoke it.

The debate wasn’t just about aesthetics.

“In repealing this ordinance, the Biden Administration has restored communities with the freedom of choice of design essential to creating federal buildings that best serve the public,” said Institute President Peter Exley in an explanation. “This is fundamental to an architect’s process and to achieving the highest quality buildings.”

Michael Kimmelman, the architecture critic for the New York Times, had condemned the measure when it was discussed last February. “Just having that argument feels humiliating,” he wrote.

President Biden’s executive order, enacted on Wednesday, instructs government officials “to immediately consider taking steps to repeal any ordinance, rule, regulation, guideline or guideline, or any portion thereof,” that would have implemented Trump’s decree. It also called for the abolition of “staff positions, committees, task forces or other established bodies” in order to accomplish this.

It remains unclear what further implications the revocation could have on the new administration’s relationship with the remaining Trump appointees on the U.S. visual arts commission.

Justin Shubow, recently elected chairman of the visual arts commission and a Trump appointee, said it was “disappointing” to see the former president’s executive order repealed. As one of the greatest critics of modern architecture and President of the National Civic Art Society, Shubow was instrumental in bringing Trump’s attention to the issue. On its website, the group refers to modernist styles such as brutalism as “blobitechture” and “parasitic”.

Shubow said in an interview that the company “intends to work with the Biden government to promote change that builds a truly democratic architecture.”

When the National Trust opposed the proposed arrangement last year, it said in a statement that while it values ​​traditional and classical buildings, it does so in any attempt to “stifle the complete record of American architecture by designing and even modifying federal buildings To meet requirements A narrow list of styles established by the federal government goes against the values ​​of historic preservation. “