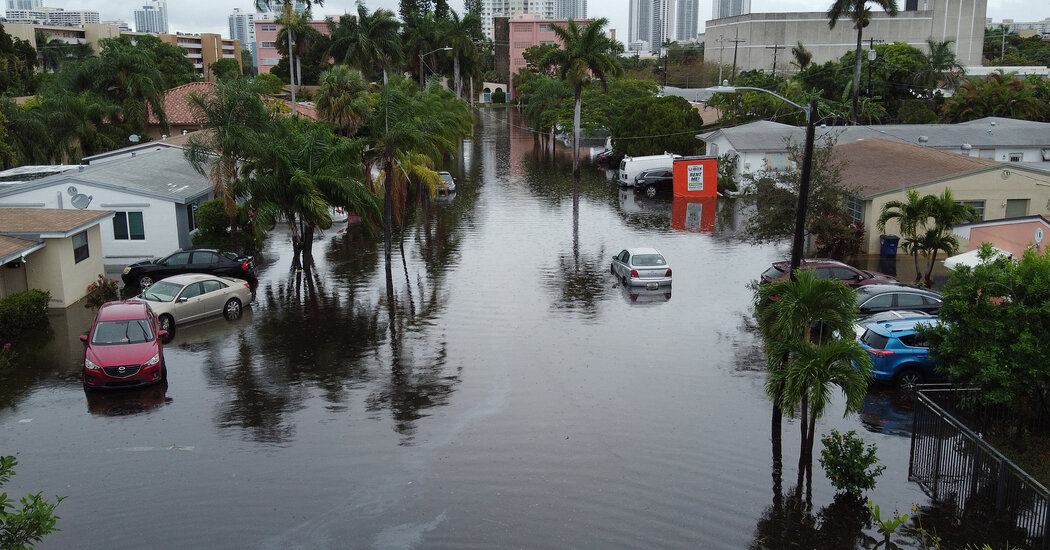 While Mr Trump was President, that idea gained momentum after a series of devastating hurricanes. Agencies helping communities rebuild after disasters have been pushing for what they call “large-scale migration or relocation” by buying and demolishing vulnerable homes. The Army Corps of Engineers even began telling local communities they must be ready to evict reluctant homeowners from hard-to-protect homes in order to receive some sort of federal aid.

Going this logic one step further and limiting new federal infrastructure spending for these areas is too difficult, said Ms. Hill.

The question surfaced again during the Trump administration, but was quickly denied because their current employer did not authorize them to speak to the media, according to a former administration official who worked on resilience issues and requested anonymity.

The proposal does not include the word withdrawal, but calls for “resettlement assistance to support community-led crossings for the most vulnerable tribal communities”. The plan does not say why resettlement assistance would be specific to Native American communities. In an interview, a government official who agreed to discuss the proposal on condition that it could not be identified by name said that the infrastructure package included money to improve data on future climate risks. This would allow governments to better understand the threats to new projects and use this information in making decisions about how and where to build.

Jainey Bavishi, who served as a senior official in the Obama administration on managed retreat policy, said the question was challenging because it went beyond engineering and finance.

Deciding where to withdraw is also a matter of race and justice, as many endangered areas are also minority communities where no government investments have been made in the past. The withdrawal also affects other policy issues, such as the availability of affordable housing and the impact on families’ financial health.

“Ultimately, it’s about talking about where people can live and where people can’t,” said Ms. Bavishi, who is now the director of the Mayor’s Office of Resiliency in New York City. “And those are really, really difficult conversations.”