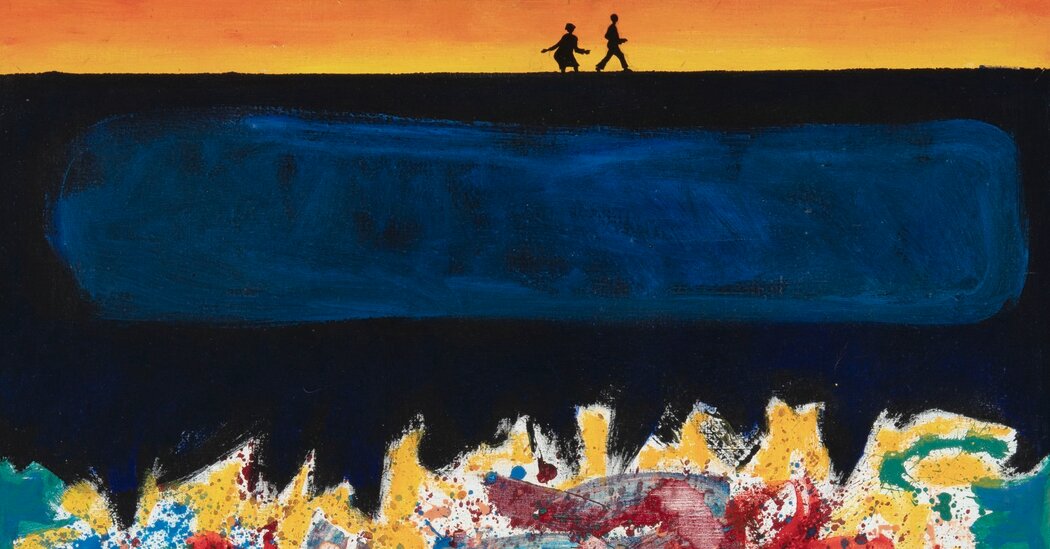 Black History Month is more urgent this year. Its roots go back to 1926 when historian Carter G. Woodson developed Negro History Week, near the birthdays of President Abraham Lincoln and the abolitionist Frederick Douglass in February, believing that new stories about black life are old counteract racist stereotypes. In times of racial reckoning and social distancing, our need to connect with one another has never been greater.

As a professor of African American Studies, I have grown increasingly excited about the work of teachers who updated Woodson’s goal for the 21st century. Just this week my 8 year old daughter showed me a letter that her entire 3rd grade art class had written to Faith Ringgold, the 90 year old African American artist. And my son told me about a pre-K lesson about Ruby Bridges, the first African American student who had integrated a primary school in the south when he was 6 years old. Suddenly, the conversations my kids have with my husband and I at home are the ones they have in their classrooms. Not only their history belongs in all these rooms, but also their knowledge.

Our interest in a shared understanding of the past is as important today as it was in Woodson’s day. And with greater efforts to integrate black history into so many industries and institutions, I continue to hope that what was once a week and now a month will soon become our way of life.

Until May 9th at the High Museum of Art in Atlanta; high.org.

If you’ve seen Sam Pollard’s most recent documentary, Black Art: In the Absence of Light, on HBO, you’ll be reminded of David Driskell’s extraordinary role as champion, curator, and creator of African American art over the past half century. Inspired by Driskell’s seminal exhibition “Two Centuries of Black American Art,” which opened at the Los Angeles County Museum of Art in 1976, the film examines African American contributions to art while highlighting its central role in American culture today.

“David Driskell: Icons of Nature and History” is a different kind of homage, the first major overview of his work since his death from the coronavirus at the age of 88 last year. The exhibition comes from his personal estate as well as from private and museum collections and shows over 60 works, including his painting “See, Your Son” from 1956, a visual elegy for Emmett Till, and tributes to Romare Bearden and Jacob Lawrence, two giants in the Pantheon of American Art, which Driskell is now an integral part of.

This four-hour, two-part documentary series, hosted and produced by Henry Louis Gates Jr., is a comprehensive yet intimate portrait of a collective, the Black Church. Although the term might suggest that it was a single religion or institution, the documentary quickly dispels such myths by examining the diverse beliefs of early African American Christians, many of whom were forced to convert during slavery while they were Yoruba or maintained Muslim spiritual practices. brought from West Africa.

When Richard Allen founded the African Methodist Episcopal Church, the first independent black denomination in the United States, in 1794, these institutions became not only leaders of the anti-slavery movement, but also safe places for African Americans to gather and worship beyond the white gaze could. Gates, who also wrote the companion book The Black Church: This Is Our Story, This Is Our Song, guides us through this story, but he also gets personal. The series opens with the singing of “I think I’m going back home,” a gospel song he grew up with.

One of my favorite virtual experiences this month was to see the Dance Theater of Harlem’s most famous performances, such as founder Arthur Mitchell’s “John Henry” in 1988, a ballet homage to artist-activists Paul Robeson and Robert Garlands ” New Bach, “” A tribute to George Balanchine and African American ballroom dancing like the 2001 Harlem Shake.

In 1982 PBS aired Stravinsky’s “Firebird” from the Dance Theater of Harlem, an exciting documentary behind the scenes at the premiere of this “Firebird”, which was choreographed by John Taras and costumed by Geoffrey Holder. In the original Stravinsky score, the magical, glowing firebird of Russian folk history is transported here to a mythical Caribbean island, and this geographic swap transforms the dance into a lively, fascinating, and unforgettable performance.

“Judas and the Black Messiah”

In theaters; available for streaming on HBO max

Partly inspired by the life of Fred Hampton (Daniel Kaluuya), the amazing 21-year-old leader of the Black Panther who was killed by the Chicago police in 1969, this film is also a biography of the Black Power movement.

Through a skilful portrayal of Hampton’s Marxist beliefs, an ideology that led him to reach out to Puerto Rican nationalists, turf gangs, and white anti-poverty activists, “Judas and the Black Messiah” reveals the radical potential of such coalitions and the great threat to them FBI Director J. Edgar Hoover believed they had faced national security. The film also follows 17-year-old African-American informant William O’Neal (Lakeith Stanfield) of the office who infiltrated the panthers.

The film, directed by Shaka King, suggests that killing a movement is difficult, especially one based on African American demands for equality and justice that are still not realized to this day.

This series of concerts by the Boston-based collective Castle of Our Skins – named after Nikki Giovanni’s “Poem (for Nina)”, ie Nina Simone – will feature works by two renowned African American composers: Daniel Bernard Roumain (“We Shall Not Be Moved”); and George Walker, who became the first African American to win the Pulitzer Prize for Music in 1996.

Similar to Sam Pollard’s recent documentary “MLK / FBI”, Roumain’s String Quartet No. 2 (“King”) investigates Rev. Dr.’s telephonic surveillance of extramarital relationships. Martin Luther King Jr. through the FBI and investigates what Roumain sees as one of the many intricate roles black women played in the civil rights movement. George Walker’s “Lyric for Strings”, his most performed work today, was dedicated to his grandmother, who lost a husband who was sold at a slave auction and another who died on the plantation. She eventually escaped slavery herself.

‘Fannie: The Music and Life of Fannie Lou Hamer’

On August 22, 1964, just before Fannie Lou Hamer spoke at the Democratic National Convention, President Lyndon B. Johnson interrupted her televised testimony with an impromptu press conference. Johnson knew that not only was Hamer, the civil rights activist’s associate, becoming a charismatic speaker, but that her story of racial violence and sexual abuse by white police officers in Mississippi could inspire compassion that could accelerate his slow civil rights agenda. His efforts to stage their performance failed miserably and catapulted Hamer further into the center of American politics.

Hamer has been the subject of other plays and is one of the liveliest supporting characters in Robert Schenkkan’s Tony Award-winning “All the Way”. But the playwright Cheryl L. West portrays Hamer in all her diversity as a singer, protester and patriot and reminds us of her unique voice and her voice for racial justice.

Ava DuVernay’s television series for OWN is back in season five and with it the triumphs and troubles of the Bordelon siblings in Louisiana: activist and writer Nova (Rutina Wesley); the steely businesswoman and mother Charley (brilliantly played by Dawn-Lyen Gardner); and the youngest, Ralph Angel (Kofi Siriboe), in a fight to save his country.

In Episode 3, their worlds collide with our reality, and the season revolves around the twin crises of Covid-19 and the police killing of African Americans. One of Queen Sugar’s strengths was its ability to increase hyperlocality and use the Bordelon clan’s experience of police brutality, domestic violence, substance abuse and land ownership as a substitute for the larger African American struggles in the South.

Against this background and in the delicate family portraits of several generations, this season promises to be even more sensitive in the portrayal of black grief on the one hand and in the accusation against American racism on the other.