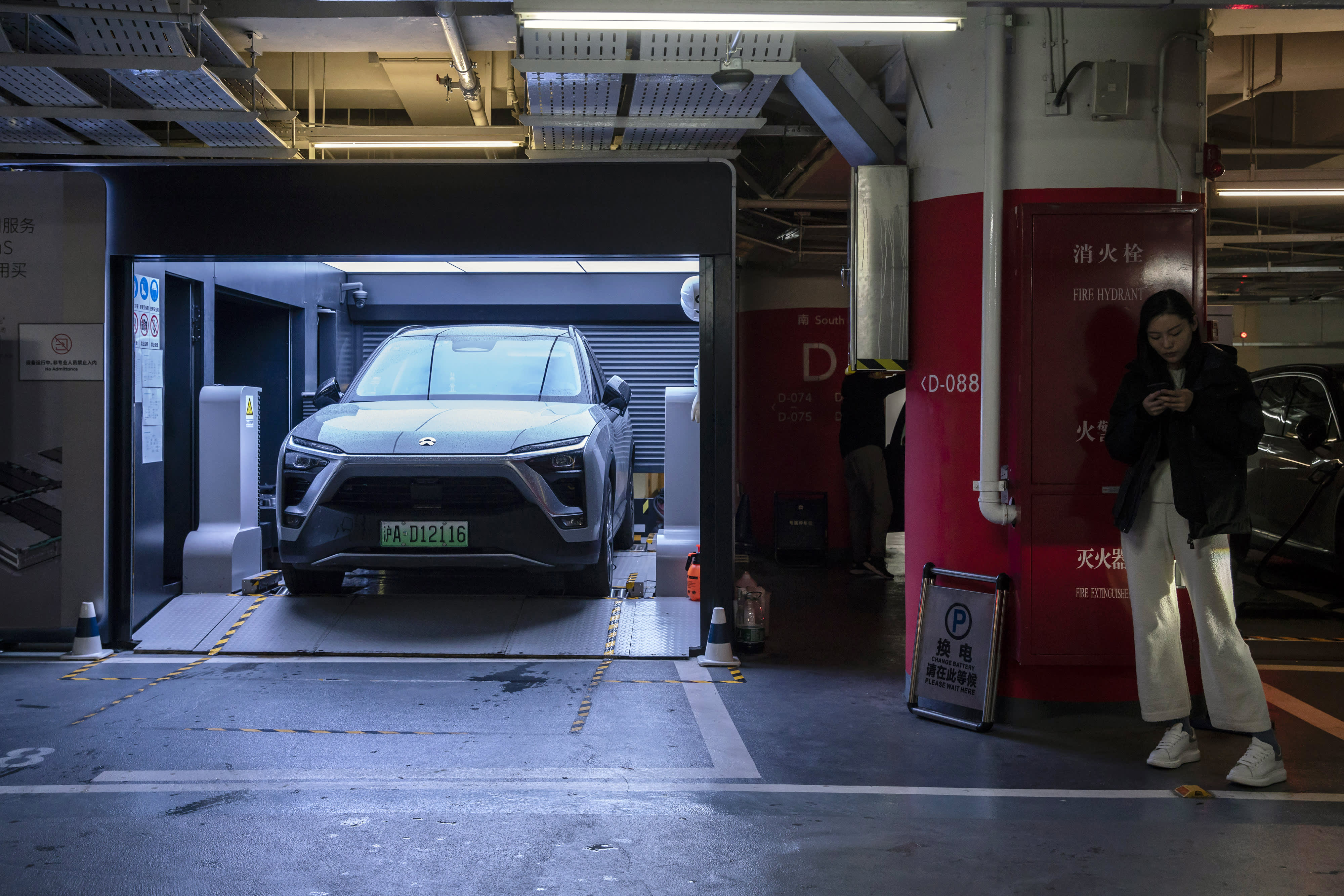 An ES6 electric SUV from Nio Inc. at a battery swap station in a parking lot in Shanghai on March 1, 2021.

The high demand for electronics amid the coronavirus pandemic and the pressure of US-China trade tensions on the highly specialized semiconductor supply chain have contributed to a backlog in chip manufacturing.

As a result, large automakers had to reduce production, with Nio from China announcing such reductions at the latest.

The company had increased production capacity to 10,000 vehicles per month in February, an increase from 7,500 previously, founder William Li said in a quarterly earnings call on Tuesday. However, a shortage of chips and batteries means Nio will have to fall back to the 7,500 level in the second quarter, he said.

Despite competition from Tesla, Nio stayed ahead of its start-up competitors in vehicle sales.

The company delivered 7,225 vehicles in January and 5,578 vehicles in February during the weeklong New Year holiday. With a forecast of 20,000 to 25,000 deliveries in the first quarter, Nio assumes that deliveries in March will increase to at least 7,197 vehicles.

In contrast, Xpeng announced Tuesday that 2,223 electric cars were shipped last month, while Li Auto expects fewer than 4,000 cars per month to be shipped in the first quarter.

Nio founder Li said pre-orders for the et7 sedan released in January exceeded those of the company’s other models but refused to disclose certain numbers. The et7 is Nio’s first non-SUV consumer car and is scheduled to begin deliveries next year.

Li added the company stayed on track to enter Europe later that year.

Nio’s shares, listed on the New York Stock Exchange, fell 4% in trading for extended periods after a fourth quarter earnings loss of 0.93 yuan (14 cents) per share was reported. That is more than the analysts’ forecast loss of 0.39 yuan per share, according to FactSet.

The company attributed a quarterly increase in net losses of nearly 33% to 1.39 billion yuan ($ 212.8 million) for the final three months of 2020, mainly due to the depreciation of the US dollar.

Nio shares rose more than 1,000% last year after the troubled start-up received around $ 1 billion in capital injection from government-backed investors and traders piled into the stock alongside a surge in Tesla shares.