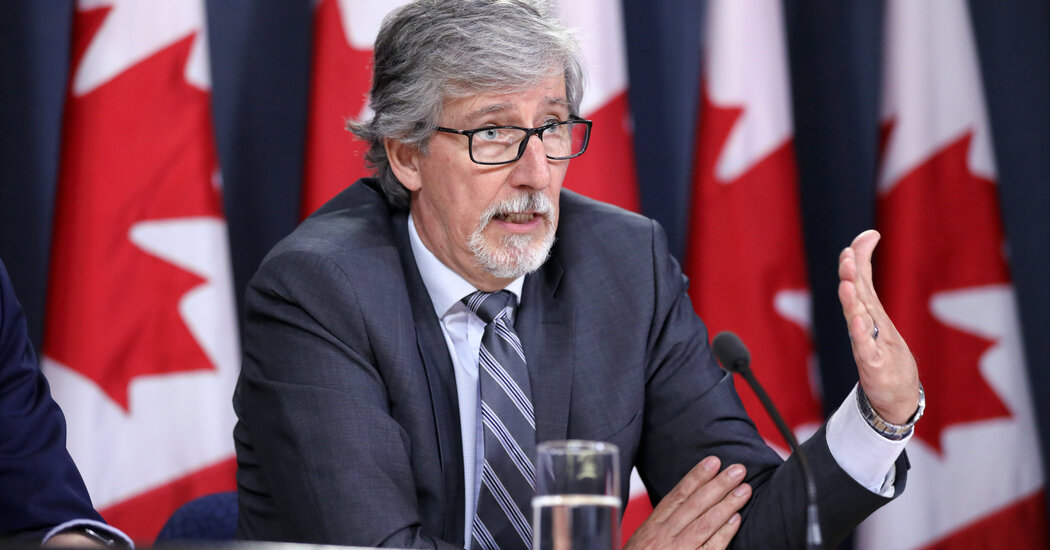 The Clearview AI face recognition app is not welcome in Canada, and the company that developed it should delete Canadians’ faces from its database, the country’s data protection officer said Wednesday.

“What Clearview is doing is mass surveillance and it is illegal,” Commissioner Daniel Therrien said at a press conference. He strongly denounced the company for “constantly putting the whole of society in a police line-up”. While the Canadian government has no legal authority to enforce photo removal, the position – the strongest any single country has taken against the company – was clear: “This is totally unacceptable.”

Clearview scraped more than three billion photos from social networks and other public websites to create a facial recognition app that the company says is now used by over 2,400 U.S. law enforcement agencies. When an officer does a search, the app provides links to websites on the web that have shown the person’s face. The scope of the company’s reach and law enforcement request was first reported by the New York Times in January 2020.

Mr. Therrien, along with three regional data protection officers in Canada, opened an investigation against Clearview a year ago after the article about the company was published. According to Canadian privacy laws, people must be given consent to their personal information being used in order for the government to conduct an investigation. Authorities in Australia and the UK are jointly pursuing their own investigation.

Dozens of law enforcement agencies and organizations across Canada were using the app, including the national Royal Canadian Mounted Police, according to the commissioners. A Canadian law enforcement officer told The Times last year that it was “the biggest breakthrough in the past decade” in investigating crimes against child sexual abuse. According to a report by the commissioners, “thousands of searches” were carried out but only one agency paid for the app, mainly because a number of groups had used it as part of a free trial.

According to the commissioners’ report, Clearview said Canadians did not need consent to use facial biometric information as that information came from photos posted on the public internet. There is an exception in the Data Protection Act for publicly available information. The Commission disagreed.

“Information that is collected from public websites such as social media or professional profiles and then used for an unrelated purpose does not fall under the ‘publicly available’ exception,” the report said. The commissioners opposed the use of the images in a way that the posters in the photos did not intend and in a way that “could create a risk of significant harm to these people”.

Finding they have no power to penalize companies or place orders, the commissioners sent a “letter of intent” to Clearview AI asking them to stop offering their facial recognition services in Canada and stop scratching Canadians’ faces . and to delete images that have already been collected.

This is a difficult sequence: it is not possible to determine a person’s nationality or where they live based on their face alone.

Clearview AI chief executive Hoan Ton-That said Wednesday that the company ceased operations in Canada based on the investigation last July but has no plans to proactively delete Canadians from its database.

The company previously went out of their way to delete faces after violating local privacy laws. Last year, Clearview in Illinois was sued for violating the state’s biometric data protection law, which requires companies to get people’s consent before they can use pictures of their faces. Clearview attempted to erase the faces of Illinois residents by looking at photo metadata and geographic information, for example. Citizens can also request removal by uploading photos of themselves using an “opt-out” form.

Mr. Therrien was not satisfied with this solution. “They recognize the irony of the agent that individuals need to provide more personal information about themselves,” he said.

Mr. Ton-That said he would seek to combat the finding in court. “This is a simple matter of public information and who has access to it and why,” he said. “We don’t want a world where only Google and a few other tech companies have access to public information.”