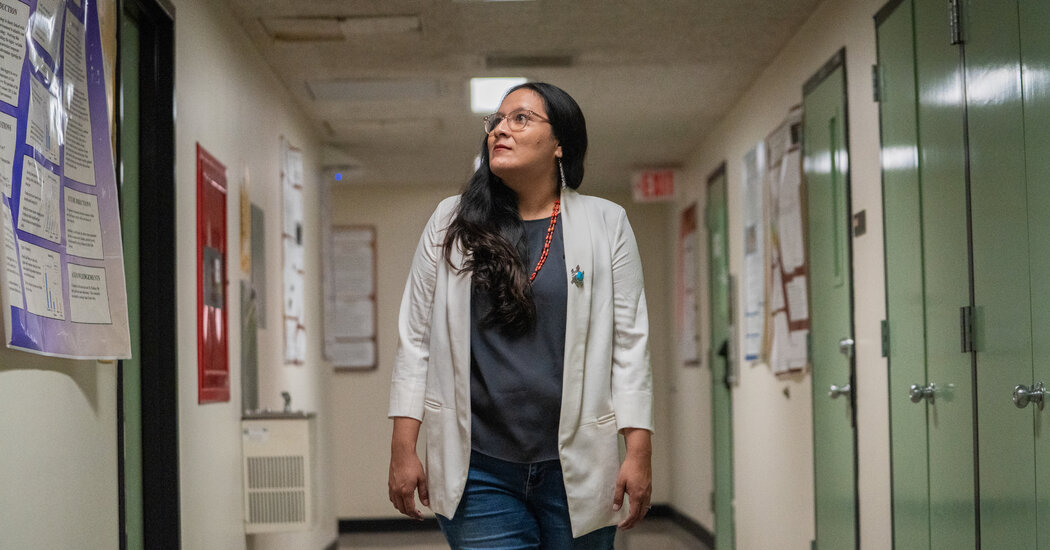 “Native DNA is so popular that people are looking for proxy data, and one of the big proxy data is the microbiome,” said Yracheta. “If you are a Native, you need to consider all of these variables if you are to protect your people and culture.”

In a presentation at the conference, Joslynn Lee, a member of the Navajo, Laguna Pueblo and Acoma Pueblo Nations and a biochemist at Fort Lewis College in Durango, Colorado, shared her experience of tracking changes in microbial communities in rivers that drain a mine sewage into Silverton, Colorado, discontinued. Dr. Lee also provided practical tips on planning a microbiome analysis, from taking a sample to processing it.

Rebecca Pollet, a biochemist and member of the Cherokee Nation, took a data science career panel on how many mainstream pharmaceuticals were developed based on traditional knowledge and plant medicine of the indigenous people. The anti-malarial agent quinine, for example, was developed from the bark of a species of cinchona that the Quechua people used as medicine in the past. Dr. Pollet, who studies the effects of drugs and traditional foods on the gut microbiome, asked, “How do we honor this traditional knowledge and compensate for what has been covered up?”

One participant, Lakota Elder Les Ducheneaux, added that he believed that medicine derived from traditional knowledge mistakenly removed the prayers and rituals that traditionally accompanied treatment, making the medicine less effective. “You have to constantly balance the scientific part of medicine with the cultural and spiritual part of your job,” he said.

During the IndigiData conference, attendees also discussed ways to manage their own data to serve their communities.

Mason Grimshaw, data scientist and board member of Indigenous in AI, spoke about his research on language data at the International Wakashan AI Consortium. The consortium, led by engineer Michael Running Wolf, is developing automatic speech recognition AI for Wakashan languages, a family of endangered languages ​​spoken by multiple First Nations communities. The researchers believe that automatic speech recognition models can preserve the fluency of the Wakashan languages ​​and revive their use by future generations.