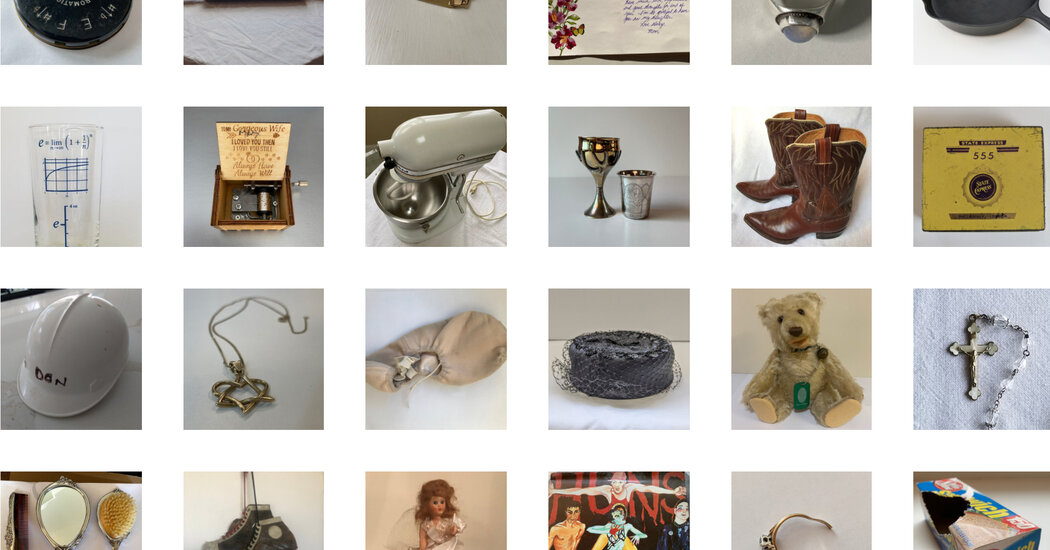 As the art director of the Well Desk, I’ve spent the last year looking for images that reflect the devastation the pandemic has caused and the distress it has caused. As the crisis spread, I thought of all of the people who lost their loved ones to Covid-19 – not to mention those who lost their loved ones, period – and how they liked the usual ways of collecting and collecting Foreclosure cut off were grief. As the numbers grew every day, it was easy to lose sight of the people behind the statistics. I wanted to find a way to humanize the death toll and restore visibility to the deceased.

To help our readers honor the lives of those lost during the pandemic, we asked them to submit photos of objects that will remind them of their loved ones. The reactions were overwhelming and captured love, heartache and memory. We heard from children, spouses, siblings, grandchildren, and friends – people who had lost loved ones not just to Covid-19, but for all sorts of reasons. What united them was their inability to personally mourn together.

Dani Blum, Wells’ chief news assistant, spoke to each individual by phone for hours. “It’s the toughest reporting I’ve ever done, but I’m really honored to be able to tell these stories,” she said. “What impressed me most about hearing all of these stories was how much fun it was to remember the people who died, even in so many tragedies. Many of these conversations started in tears and ended with laughter as they told me a joke that the person they lost would tell or their favorite happy memory with them. “

The photos and personal stories, which were published digitally as an interactive feature, were designed by Umi Syam and are entitled “What a loss looks like”. Among the stories we uncovered: A ceremonial wedding lasso is a symbol of the unbreakable bond between mother and father, both lost to Covid-19 and mourned by their children. A ceramic zebra figure reminds a woman of her best friend who died after they had finally said goodbye. A gold bracelet that belonged to a father never leaves his daughter’s wrist because she is desperate for a connection to his memory.

For those who are left behind, these items are a tangible daily reminder of those who have departed. These possessions hold a space and tell a story. As you spend time with them, you will feel the weight of their importance, the impact, and the memory of what they represent.

Museums have long shown artifacts as a link to the past. This also applies to the New York Times, which in 2015 published a photo essay about objects collected on September 11th at the World Trade Center and the surrounding area. When we started this project, we heard from several artists who were investigating the relationship between objects and loss in their own work.

Shortly after Hurricane Sandy, Elisabeth Smolarz, an artist in Queens, began working on the Encyclopedia of Things, which examines loss and trauma from personal objects. Kija Lucas, an artist living in San Francisco, has been photographing artifacts for seven years and is showing her work in her project “The Museum of Sentimental Taxonomy”.

“Saved: Objects of the Dead” is a 12-year project by artist Jody Servon and poet Lorene Delany-Ullman, in which photographs of personal items of deceased loved ones are paired with prose to explore the human experience of life and death Memory. And the authors Bill Shapiro and Naomi Wax have interviewed hundreds of people for years and asked them about the most telling single object in their lives and summarized their stories in the book “What We Keep”.

As the pandemic continues to grapple the nation, the Well desk will continue to wrestle with the great grief it leaves behind. Additional features on this topic include resources for grievers, the grief associated with minor loss, and the effects of grief on physical and mental health. Regarding “What a Loss Looks Like”, we’re keeping the callout open and inviting more readers to submit important items, expand and expand this virtual memorial, and create a shared mourning space.