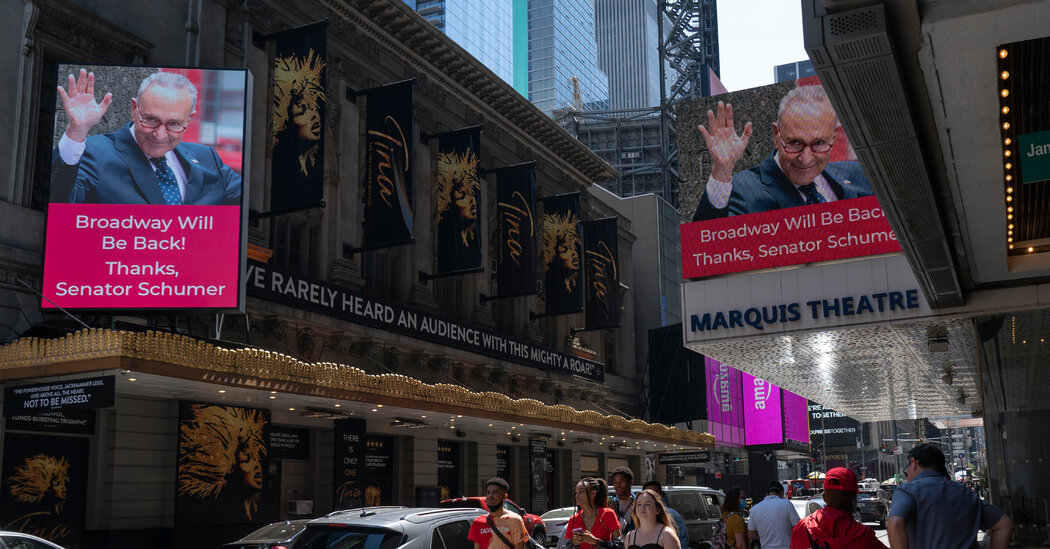 Five months after Congress approved a federal aid program worth $ 16 billion to help live venues and cultural institutions survive the pandemic, more than 12,000 applicants have asked for help, but the money has not yet been raised paid off.

However, some venue owners, theater producers, and museum officials, eager and in some cases desperate for financial help after more than a year of severe pandemic losses, may soon find out if help is on the way. The Small Business Administration, which runs the program, said in a statement on Friday that the highest priority applicants – those who lost 90 percent of their sales year-on-year – are expected to begin providing information on the fate of their applications starting next year be week.

However, after weeks of delay and confusion over the initiative, the Shuttered Venue Operators Grant, which many hailed as a lifeline, some business owners are concerned about the promise. Every day applicants let their frustrations out in an online forum and regularly ask each other whether applications have still been officially approved or rejected.

“You’re hanging by a thread right now,” said Meredith Lynsey Schade, a theater producer and nonprofit director who helps answer questions from grant applicants on the forum. “They are life sustaining and every day they are told, ‘Just a little longer.'”

At a press conference on Friday in Times Square, not far from the TKTS booth selling discounted Broadway tickets, Senator Chuck Schumer and Broadway industry leaders celebrated the program as the savior of the highly competitive performing arts sector.

“There is currently $ 16 billion in its way to the theater district, our theater industry, our live venues and our cultural institutions in New York and across the country,” said Senator Schumer. He did not address the delays that hampered the application process or the frustrations of those waiting for relief.

When asked about the ongoing delays in the program, a Senator Schumer spokesman Angelo Roefaro replied, “We are pushing for these federal dollars to be released soon.”

Now that more theaters, concert halls and nightclubs across the country get the green light to reopen, new spending is rising as organizations try to figure out how to deal with last year’s losses.

Forty Broadway shows are expected to open in the 2021-22 season, Schumer said at the press conference, some as early as September. Tickets for 19 shows have gone on sale in the past few days, he said.

Grant applications from operators or organizers of live venues account for more than 40 percent of the 12,213 funding applications submitted earlier this week, according to the Small Business Association. Theater producers make up about 7 percent of this sum. The program offers grants equal to 45 percent of applicants’ gross annual preandemic revenue of up to $ 10 million.

As the Broadway shows prepare to reopen in September, producers and theater owners among the applicants are eagerly awaiting funding. Broadway applicants will most likely be considered in the highest priority window to receive the grant funds as they generally lost most of their revenue when the theaters closed, said Ms. Schade, who was the producer on two Broadway shows, those at the start of the shutdown, “Hadestown” and “The Inheritance”.

Charlotte St. Martin, president of the Broadway League, a trade organization that represents producers and theater owners, said in an interview that the group’s Small Business Administration had told the group that the money would come in by the end of the month and that the industry understands how the government works. Ms. St. Martin said it would take the agency some time to familiarize itself with the Broadway industry.

“If we don’t get some money soon, I may have different things to say,” she said, “but I think they are extremely cooperative and support our industry and try to learn it while handing out money at the same time.”

The grant application process was chaotic from the start: the day people were supposed to apply, the online system crashed and the agency’s inspector general warned of “serious concerns” about the program’s waste and fraud control.

In its statement on Friday, the Small Business Administration acknowledged that “some fine-tuning of the technical components of the program will continue,” but said the agency is “committed to providing funds quickly and efficiently to venues and organizations in need.”