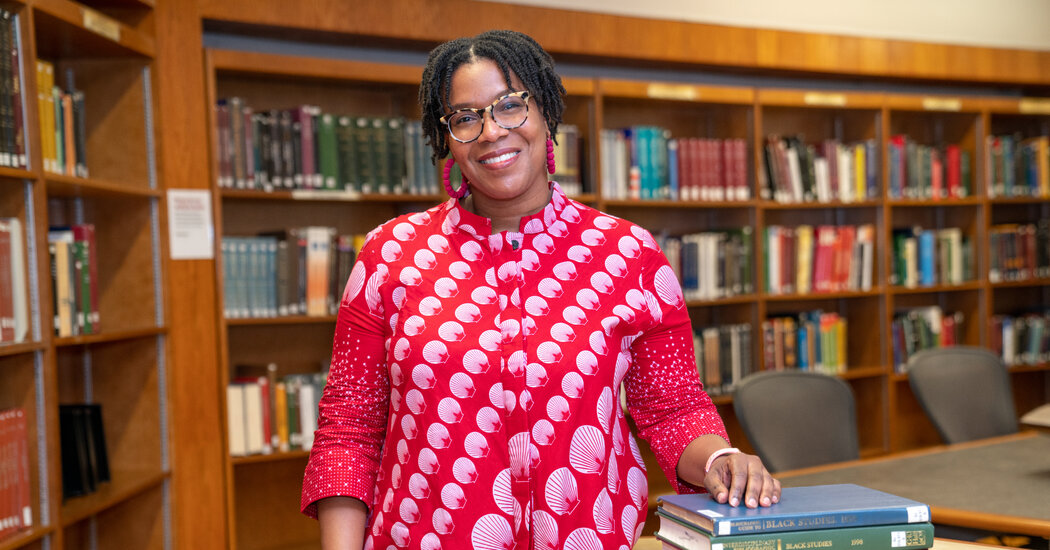 The center’s director was Joy Bivins, who joined the Schomburg Center for Research in Black Culture in Harlem last year.

Bivins joined Schomburg in 2020 as assistant director of collections and research services – a division of the New York Public Library and a premier archive of archival materials relating to African, African diaspora and African-American life, history and culture. Previously, she was chief curator of the International African American Museum in Charleston, SC and director of curatorial affairs at the Chicago History Museum.

“Joy’s capabilities are absolutely critical to the moment we are in,” said William Kelly, Andrew W. Mellon, director of the public library research libraries. “She has been such a caring, inspiring leader in the last, extremely challenging year.”

Former director of the Schomburg, Kevin Young, a poet and editor, left him when the Smithsonian appointed him director of the National Museum of African American History and Culture. Bivins was selected after an “exhaustive national search” described by the New York Public Library. She will serve as director on June 21 and is the first woman to direct the center since Jean Blackwell Hutson, who served as director from 1948 to 1980.

The Schomburg Center – named after Arturo Alfonso Schomburg, a Puerto Rico-born black scholar whose personal library was bought by the center in 1926 – was named a National Historic Landmark in 2017. It contains over 11 million items including books, manuscripts, photographs, and the personal archives and papers of personalities such as Harry Belafonte, James Baldwin, Sonny Rollins, Ruby Dee and Ossie Davis, Ann Petry and Malcolm X.

Her first duties, Bivins said, will be overseeing the center’s transition back to pre-pandemic times. Now the reading rooms and galleries with the exhibitions “Traveling While Black: A Century of Pleasure & Pain & Pilgrimage” and “Subversion & The Art of Slavery Abolition” are open two days a week by appointment.

Bivins says she also plans to add new articles from the Caribbean and Latin America to the center’s collection so that it better reflects the diversity of the African diaspora and makes these materials more accessible to a wider audience.

Her appointment comes at an important time for the Schomburg: Bivins says she believes the center now has a “unique” opportunity to facilitate conversations about the past year – including about the Black Lives Matter movement – through, among other things providing historical context for more recent events.