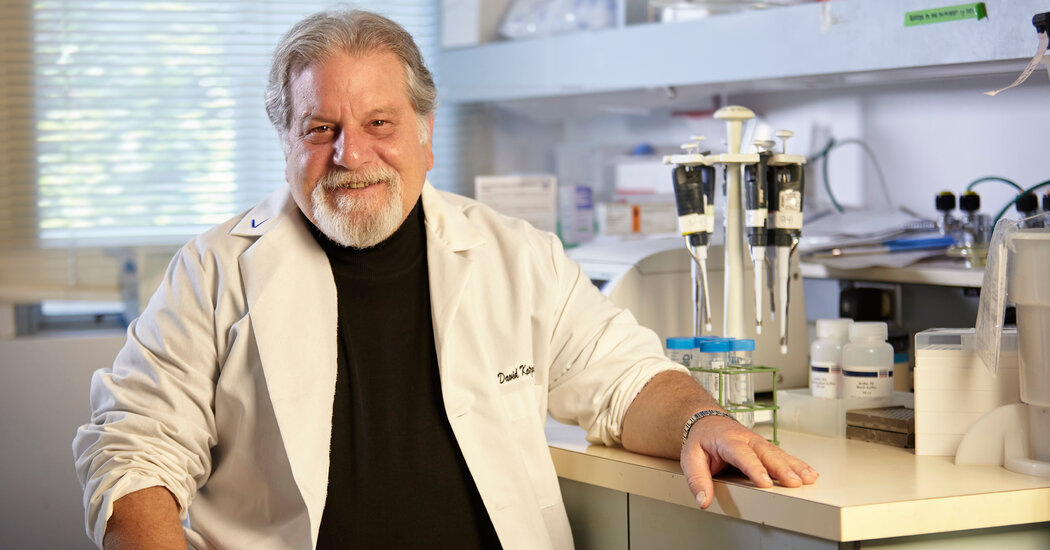 Dr. David Katzenstein was perhaps a dreamer, “with sometimes brilliant and sometimes a little aloof ideas,” said a colleague recently. But from the start he was in a biosphere that spawned new undiscovered and casual killers, not an ivory tower researcher looking at the world through a microscope.

After studying medicine, he did an internship at the University of New Mexico, where his work with indigenous peoples became a permanent commitment to helping underserved populations prevent and control infectious diseases.

As a virologist and clinician, he has not only contributed to advancing the prevention, diagnosis and treatment of HIV and AIDS for 35 years. He also made these techniques available to middle- and low-income patients in sub-Saharan Africa.

Dr. Katzenstein, professor emeritus of infectious diseases and global health at Stanford Medicine, California, died on January 25 in Harare, Zimbabwe, where he had moved after retiring in 2016. He was 69 years old. The cause was Covid-19, said his stepdaughter Melissa Sanders-Self.

“Imbued with a passionate belief in social justice, David Katzenstein had an overwhelming influence on the fight against HIV in sub-Saharan Africa,” said Dr. Lloyd Minor, dean of Stanford University medical school, in a statement.

He graduated from the University of California at San Diego in 1973 with a bachelor’s degree in biology and received a medical degree there in 1977.

He married Sharon Mayes, who died in 2007. In addition to his stepdaughter, his sisters Ruth Souza and Amy Harrington survive him. his brother Rob Katzenstein; two bootlegs; and a step great-granddaughter.

While at the University of California, the International Antiviral Society-USA said he established a relationship with the Department of Medical Microbiology at the University of Zimbabwe Medical School and became “one of the first US-based HIV researchers to do the committed to work in this region around the world. “

From 1987 to 1989, Dr. Katzenstein as Senior Research Fellow at the Center for Biologics Evaluation and Research of the Food and Drug Administration.

In 1989, he moved to Stanford Faculty as Assistant Clinical Professor of Infectious Diseases and was appointed Assistant Medical Director of Stanford’s AIDS Clinical Trial Unit, which, among other things, conducted clinical trials of antiretroviral drugs that prolong the lives of people with HIV

He focused on the challenges posed by resistance to HIV antiviral drugs and was one of the first researchers to publicize the problem in Africa.

In Zimbabwe, he directed the Institute of Biomedical Research and Education in Harare, where he trained clinical researchers, introduced advanced diagnostic and monitoring techniques into community health programs, and continued to publish research studies until his death.