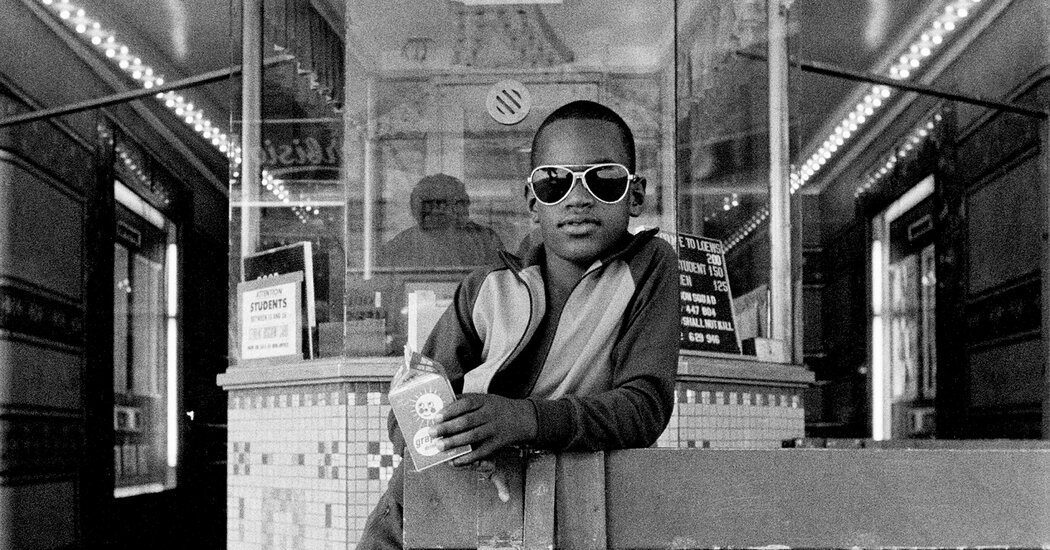 Before Dawoud Bey became a photographer, he trained as a jazz percussionist and saw John Coltrane as a role model for the fusion of craft and social justice. As a teenager in the 1960s, Bey was well tuned to the social and political upheaval of the civil rights movement, holding sit-ins and demonstrations with his classmates, and joining the Black Panther Party, whose newspaper he sold on the weekends. By 1968, the struggle for racial equality converged with demonstrations against the Vietnam War and the early stages of women’s liberation, creating a pattern of transformation and upheaval that began with the assassination of Rev. Dr. Martin Luther King Jr. culminated.

That year, Bey inherited a camera from his godfather and soon began studying the medium’s history and techniques, sifting through pictures by Gordon Parks and Roy DeCarava, and learning how to print and print films from a black photographer in his Queens neighborhood developed. Bey realized that although an image appears to be a static record, by carefully and deliberately looking at it, a photographer can illuminate more than what was visible in the frame and alert the viewer to stories hidden beneath the surface. “The present never completely replaces the past,” said the artist in an interview with Aperture last December. “History doesn’t implode, it expands.”

“An American Project”, a retrospective survey in the Whitney Museum of American Art, shows the 68-year-old artist’s nuanced understanding of history as subjective and dynamic. Under Bey’s careful gaze, history emerges as an active presence, written in real time by individuals and societies that change and transform through the continuous unfolding of the past.

On two floors and in almost five decades of work, the exhibition distinguishes Bey in the canon of American photography as an artist whose adaptation to the technical changes in his craft has not come at the expense of his ethical commitment to the representation of black life in all its richness and Complexity.

From scenes from the early 1970s shot with a 35mm camera to portraits in the 1980s and 1990s developed with a device mounted on a 4×5 tripod, Bey has tried his to delete one’s own presence as a photographer, to slow down one’s process and to enable one’s subjects to take responsibility These larger-scale photos, such as a cropped picture of a young man with pikeperch on a bicycle, not only show Bey’s ability to improve the inwardness of his motifs with great attention to detail, but also share the viewer’s awareness of them like Bey sharing the room with another person. He continued this practice in studio portraits of his friends, multicolored Polaroids, depicting Kerry James Marshall, Cheryl Lynn Bruce, and Lorna Simpson – all members of an expanded artistic community.

The museum’s installation of these later works is particularly inspired: the photographs are almost life-size on the walls of the gallery and offer an encounter in which the viewer and the subject are at the same and respectful distance from one another.

The exhibition was curated by Whitney’s Elisabeth Sherman and Corey Keller at the San Francisco Museum of Modern Art, where the exhibition originated, before stopping at the Atlanta High Museum. It marks a homecoming of sorts for Bey, who was born in Queens in 1953. Bey has frequently cited the profound experience of visiting the 1969 Met’s Harlem on My Mind exhibition, which black artists protested for claiming to depict life in Harlem while few black artists were in attendance; It was there that Bey first saw pictures of ordinary black people in an institution that had long excluded her. A decade later, Bey opened his first exhibition of photographs in the Studio Museum – humble black and white images depicting the little keys to life in Harlem, taken during frequent visits to the neighborhood from 1975 onwards. The title “Harlem, USA” the photographs are casual and social and show moments of quiet contemplation and solemnity, as in a 1978 portrait of three elegant, older women dressed in their splendor and bowing over a police barricade.

Though Bey is perhaps best known for such sensitive and intelligently composed portraits, it is his attention to place – a keen awareness of how place can ground individuals in communities – that anchors his photographs. His work bypasses the trap often set for black images, the dual responsibility of freeing the nation’s original sins and heralding a sense of progress, but Bey also pays close attention to how places change over time.

The Whitney combines Bey’s 1970s Harlem snaps with a more recent series, Harlem Redux, which examines the effects of gentrification on the historically black neighborhood and its main locations. A diptych from this series from 2016 shows the water-stained paper that covers the facade of the former Lenox Lounge, whose famous zebra room was once populated by Zora Neale Hurston and Billie Holiday. The images are located in a corridor on Whitney overlooking the skyscrapers of the Meatpacking District, which was once a hub for artists and cultural life, but has since been transformed by encroachment on global capital. They are elegiac and wistful, and vibrate with earlier notes of a moment, the echoes of which, however, echo throughout contemporary life.

Such resonances can be felt most deeply in the “Night Coming Tenderly, Black” series, a 2017 series of large-format gelatin silver prints printed in shades of black and gray. To do this work, Bey traveled the Underground Railroad in northeast Ohio, following the paths of fugitive slaves on their way north, and creating daytime photos that he transformed into crepuscular scenes through a specific printing process. The near-monochrome finish requires the viewer to move their body to capture serene scenes of forest floors and everyday white picket fences.

Without figures, these works seem at first to believe the long, tortured legacies to which they allude. The view is often limited, the landscape rendered as if looking through the gaps between the trees. As we move through these images, we get closer and closer to Lake Erie, whose shores signaled that freedom was near. Despite the stillness of the images, it is possible to make out the sounds of the waves – a constant, urgent rhythm that shapes American history.

Tausif Noor is a Philadelphia-based critic and writer.