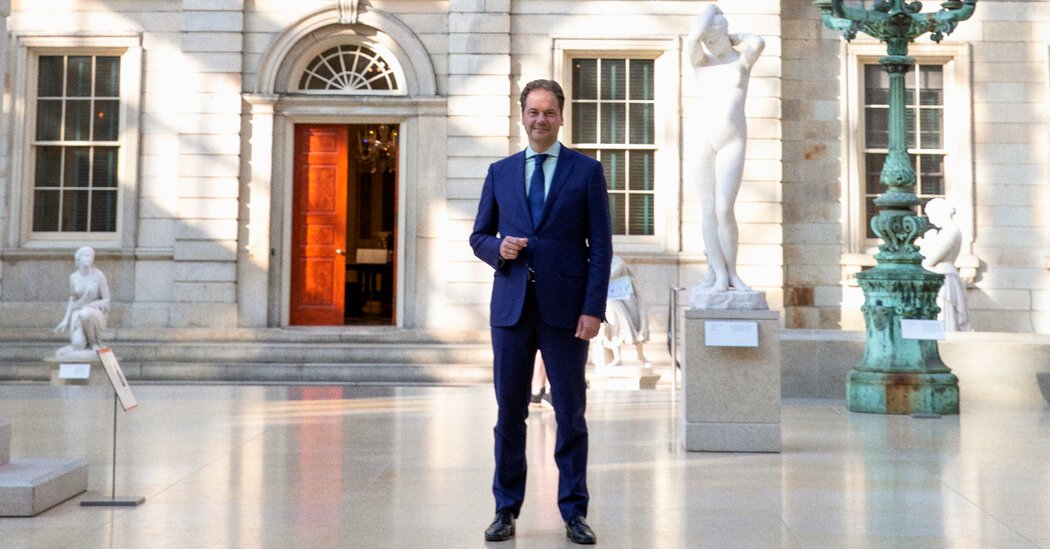 In light of a potential deficit of $ 150 million due to the pandemic, the Metropolitan Museum of Art has started discussions with auction houses and its curators about the sale of some works of art to help fund the maintenance of the collection.

“This is the time when we have to keep our options open,” said Max Hollein, the director of the Met, in an interview. “None of us have a complete perspective of how the pandemic will play out. It would be inappropriate for us not to think about it while we are still in this foggy situation. “

Like many other institutions, the Met wants to take advantage of a two-year window in which the Art Museum’s Directors’ Association – a professional organization that guides the best practices of its members – has relaxed the guidelines that govern how revenue from the sale of works into one Collection (known as deactivation) can be directed.

In the past, museums were only allowed to use such funds for future art purchases. Last spring, however, the association announced that until April 10, 2022, it would not punish any museums that “use the proceeds from the art of deactivation to cover expenses for the direct maintenance of collections”.

The Brooklyn Museum led the way in taking advantage of this shift last fall, raising a total of $ 31 million for the maintenance of its artwork from auction sales in the US and Europe.

More controversial, the Baltimore Museum of Art followed shortly afterwards with the announcement that it would deactivate paintings by Brice Marden, Clyfford Still and Andy Warhol. After criticism and discussions with the association of museum directors, the museum decided to pull Still and Marden’s works two hours before the sale.

As museums regularly do, the Met’s curators evaluate the holdings in their departments by looking at which pieces are duplicated, replaced by better examples, or rarely, if ever, shown.

Works for sale must then be approved by the department heads, the director of the museum and the board of directors before the public auction. The Board of Directors must also first approve a revision of the Mead Collection Maintenance Guidelines, which is expected at the next Trustees’ meeting in March.

While the Met is re-evaluating its collection to sell works to pay for the maintenance of the collections, the museum also seeks to replenish its holdings in neglected areas such as works by women and people of color.

Following the death of George Floyd and the settlement of races across the country and the museum, the Met issued a letter in July pledging a $ 3 million to $ 5 million fund to support initiatives, exhibitions and acquisitions in the area became different art stories. “

The Met also pledged to establish a US $ 10 million acquisition foundation over the next 12 months to increase the number of color artist works “in our 20th and 21st century collections.”

Hollein stressed, however, that building up mead stocks in these under-represented areas would not mean reducing the historical categories. As an example, he cited the adoption of “The Temptation of Saint Mary Magdalene” by Met in 2020 around 1626 and “Virgin and Child Enthroned” around 1345-50.

“I want to avoid any misunderstanding that some additional priorities are causing us to force deactivation to achieve these goals,” he added. “One has nothing to do with the other.”

Hollein may have been aware of criticism from the director of the Baltimore Museum, Christopher Bedford, who disabled seven blue-chip paintings in 2018 to buy works by women and color artists. (The 2020 sale was supposed to raise money to close wage differentials in response to demands from museum staff.)

Perhaps worst of all, the Indianapolis Art Museum – which faces high storage and conservation costs – has for years lettered each of the 54,000 objects in its collection. Twenty percent of the items received a D, which made them candidates to be sold or transferred to another institution.

In interviews, the Met’s curators seemed to realize that loosening the rules was a necessary step. “This is a little urgent,” said Ian Alteveer, the Met’s curator of modern and contemporary art. “We are facing a huge budget deficit. We’ve been trying for years to get more robust funding for conservation, one of the most important things about maintaining collections. “

Hollein understood that deactivating can be a lightning rod – especially when members of the public are protesting certain sales – and said that performing this evaluation process was the more conscientious approach.

“Every museum in the US has these conversations,” he said. ‘Do we want to use this window? What would that mean for the institution? What would it mean for the collection? ‘It would be irresponsible for us not to discuss it now. “