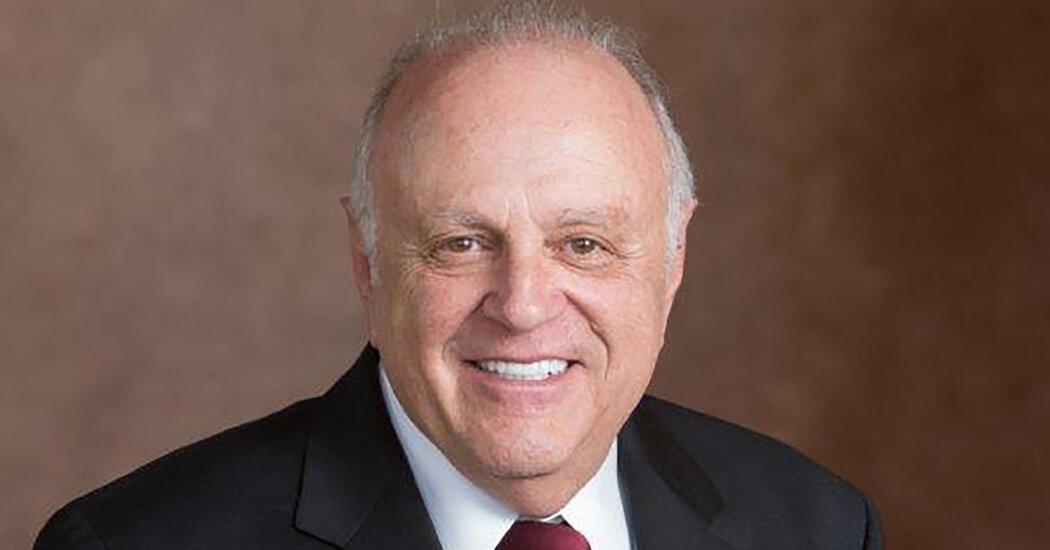 A year ago, Dennis S. quoted Mileti, an expert in preparing for and responding to catastrophic events, in an opinion piece in the Washington Post about America’s violent response to the nascent Covid-19 disaster.

“This could be the biggest public information problem I’ve ever seen,” he said. “It just breaks my heart. We know how to do contingency planning better than anyone else on earth, and it’s not there. “

Ten months later, on January 31, Dr. Mileti himself a Covid-19 victim. He died of the disease in a hospital in Rancho Mirage, California, where he lived, said husband Ric Oliver. He was 75 years old.

Dr. Mileti was director of the Natural Hazards Center at the University of Colorado Boulder from 1994 to 2003. wrote a key book in the field, Disasters by Design (1999); and has often been quoted on the intricacies of disaster planning and response. Reporters and government agencies sought him out for contributions on Hurricane Katrina, the catastrophic tsunami of 2004, even on the potential impact of the temporary closure of a Los Angeles freeway.

He preached the importance of consistent communication in the face of adversity; Otherwise, he said, people can choose what advice they like and efforts to mitigate the loss will fail. Friends and colleagues who posted honors after his death wondered how the past year would have been if his advice had been followed.

Dennis Stephen Mileti was born on November 7, 1945 in New York City to Victor and Angela Mileti. As a teenager, the family moved to North Hollywood, California, where his father, a jeweler who worked for Cartier in New York, opened his own business.

In a 2012 interview with the National Consortium for the Study of Terrorism and Reactions to Terrorism, Dr. Mileti, an early experience in the cinema helped him steer his career path. The movie was “Godzilla”.

After completing his master’s degree from California State University in Los Angeles, he received his PhD. He studied sociology at the University of Colorado at Boulder in 1975 with Gilbert F. White, founder of the Natural Hazards Center.

The current director of the center, Lori Peek, who works at Dr. Mileti studied, said he had implemented his ideas brilliantly.

“Dennis was an engaging speaker,” she said via email. “He didn’t mind ruffling feathers because his goal was to get people to think and then to encourage them to act.”

His findings went beyond the obvious, like a hurricane zone evacuation plan, to deeper questions, including how hazard avoidance efforts could backfire – a dam that controls flooding, for example, could lead to over-development downstream that harbors future risks.

“Many of the nation’s dams, bridges, and other structures are nearing the end of planned life, showing how little thought their supporters and builders thought about events 50 years from now,” he wrote in his book. “Similarly, by giving advance warning of severe storms, this country may have encouraged more people to build in fragile coastal areas. Such a development, in turn, makes the areas more vulnerable by destroying dunes and other protective features. “

It’s not really nature that is responsible for the misfortune, he said, but people who don’t plan properly when they settle down and build.

“Even if nature’s events don’t get any bigger,” he said in a 2006 interview with Marshall Frech, producer of The Water’s Edge, a documentary series about flooding, and these choices are consistent with short-term economic gains. “

He and Mr. Oliver, who have been together since 1967, married seven years ago. Dr. Mileti is also survived by a brother.

Dr. Mileti recommended that everyone imagine having to survive 10 days in a desert in the intense heat and prepare accordingly.

“For me, I start my day with a cup of coffee and end it with a martini,” he said in an interview in 2012, “so my ready kit includes a cowboy percolator coffee pot, Duraflame logs, a bottle of gin, and a tiny ice cube maker and an electric generator. “