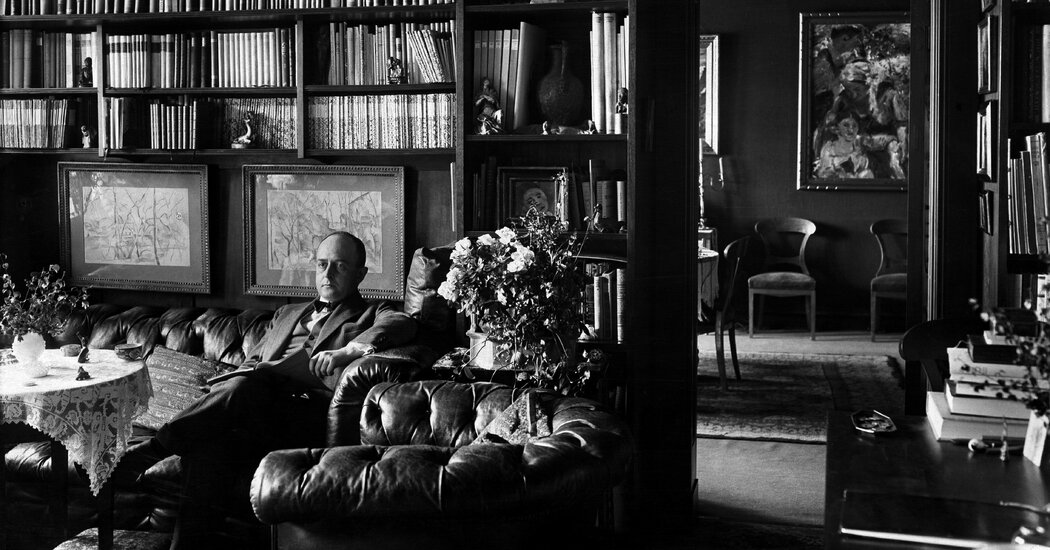 Curt Glaser was removed from his position as director of the State Art Library in Berlin by the Nazi authorities in April 1933 because he was Jewish. He was also evicted from his apartment and sold most of his art collection at two auctions the following month.

Since 2007, 13 private collectors or institutions – including the Dutch Restitution Committee, the Prussian Cultural Heritage Foundation in Berlin, the Museum Ludwig in Cologne and the City of Basel – have come to the conclusion that Glaser sold his collection in May 1933 as a result of Nazi persecution , and agreed to either return or pay compensation to his heirs for art he sold that ended up in their collections.

However, the Metropolitan Museum of Art and the Museum of Fine Arts in Boston have repeatedly denied the heirs’ claims on paintings sold at the same auctions. They argue that there is insufficient evidence that Glaser sold under duress.

The different decisions make it clear that 76 years after the end of the Second World War, the criteria for the return of a work of art that changed hands during the Nazi persecution are still controversial.

Both the Met and the Museum of Fine Arts have a record of recognizing claims to forcibly sold art. Since 1998, when the United States endorsed Washington International Principles calling for “just and fair” solutions to dealing with looted art claims, the Met has resolved eight claims for art looted or forcibly sold by the Nazis. In 2009, the Terezin Declaration, also approved by the United States, stated that this requirement would also apply to forced sales. The Museum of Fine Arts has already settled inheritance claims for 13 objects sold under duress.

But two works that were auctioned on May 9, 1933 – Abraham Bloemaert’s painting “Moses Striking the Rock” from 1596, which is owned by the Met, and Joachim Anthoniesz Wtewael’s “Actaeon Watching Diana and Her Nymphs Bathing” the year 1612, which is owned by the Museum of Fine Arts – the museums have taken a position contrary to other institutions that held Glaser works from this sale.

The Dutch Restitution Committee, for example, returned a painting to the Glaser heirs in 2010 and stated that the sale of the work at the auction on May 9th “can be viewed as involuntary”. The committee came to the conclusion that it was “likely that Glaser could not freely dispose of the proceeds from the auctions”, but “probably had to use it to finance his escape to the USA”.

Glaser fled Germany two months after the sale. He died in New York in 1943.

The complexity of evaluating art sales more than 80 years later means that different views can arise. “It is difficult to determine whether a sale was made under duress,” says Friederike von Brühl, specialist lawyer for art law in Berlin. “In practice, we check numerous criteria: Was the purchase price appropriate? Was the seller free to spend the proceeds? When exactly was the sale? “

For Agnes Peresztegi, attorney and former president of the New York Commission for Art Recovery, the situation shows the limited government support for applicants in the US “In Europe, the decision is often made by the Department of Culture or a commission,” she said all private. The current owner is the decider. Museums can reject or contest claims and there is no one to tell them that is wrong. For many plaintiffs, legal proceedings are prohibitive, especially for works of lesser value. “

The Met is of the opinion that Glaser did not sell under duress. “After years of careful research and deliberation, the museum continues to stand by its claim that ‘Moses Striking the Rock’ was not improperly appropriated and belongs to the Met,” a museum spokesman wrote in an email.

The MFA said in a statement emailed that “it is undisputed that Curt Glaser lost his position in the art library and the associated residence due to racial persecution”. However, it argued that his decision to sell the art could have been influenced by his personal life as well. Glaser’s first wife, with whom he had built the collection, died in 1932.

The museum added, “There is nothing to indicate that Glaser did not receive or could not have received the proceeds from the auctions or that he was under financial pressure.” The price paid for the Wtewael was “fair and in line with those of other Dutch Mannerist paintings,” it said.

In a previous lawsuit, the UK’s Spoliation Advisory Panel ruled against the return of eight subscriptions to the heirs in 2009. Glaser’s decision to sell the works was due to a number of factors and the price he got was fair.

Glaser, who was born in Leipzig in 1879, began his career as an art critic, became a buyer for the royal copper engraving cabinets in Berlin, and was appointed director of the city’s art library in 1924. His wife kept artists and intellectuals in her apartment in the 1920s. Among his friends he counted Edvard Munch and Ernst Ludwig Kirchner.

But when Adolf Hitler’s government passed a law in 1933 banning Jews and political opponents from civil service, Glaser was ousted from his post and auctioned off most of his art collection, library and furnishings. The first auction in the International Art and Auction House on May 9, 1933 was followed by a second, two-day auction on May 18 and 19 at the Max Perl auction house in Berlin. In a report to the Basel Art Commission about his purchases at the second auction, the curator Otto Fischer said that the prices were “not very low”, but “low” nonetheless.

In 2020, around 12 years after rejecting a lawsuit by the Glaser heirs, the city of Basel agreed to pay them an undisclosed sum based on a review of the case. In return, the city’s art museum kept paper works by artists such as Munch, Kirchner, Henri Matisse, Max Beckmann, Auguste Rodin and Marc Chagall with an estimated value of more than 2 million US dollars.

Glaser had “taken an exposed position at the time the National Socialists came to power and was the target of the injustice regime,” said the city. The persecution he suffered was “the reason why Curt Glaser emigrated and on 18./19. May 1933 auctioned a considerable part of his works of art ”. In contrast to the Dutch position, however, she argued that full restitution was “not an adequate solution” because “it would be too one-sided”.

Both American museums offered to label the works to honor Glaser’s contribution to art history. In a letter to a family lawyer this year, the Met said their label would also recognize that Glaser “lost his position because of the anti-Semitic policies of the newly elected Nazi government.” The sale of his collection was “due to both the political situation in Germany and personal factors,” added the label.

Glaser’s family rejects the assumption that his wife’s death motivated him to sell. The Met and MFA “come up with a counter-narrative and want to argue speculatively about Glaser’s psychology instead of talking about the material facts and historical circumstances for all Jews at the time,” Paul Livant, Glaser’s great-nephew and one of his heirs, said.

David Rowland, the New York attorney representing the Glaser heirs, agreed, describing the situation as “restitution roulette” – the odds of success depend on both where the art ended up and the merit of your case, he said .

“How is it that the Dutch, the Swiss and the Germans found that the sales were made under duress, but the Met and the MFA weren’t?” He asked. “A physical seizure by the Nazis is not necessary for the Washington Principles to apply and for a ‘just and fair’ solution to be guaranteed.”