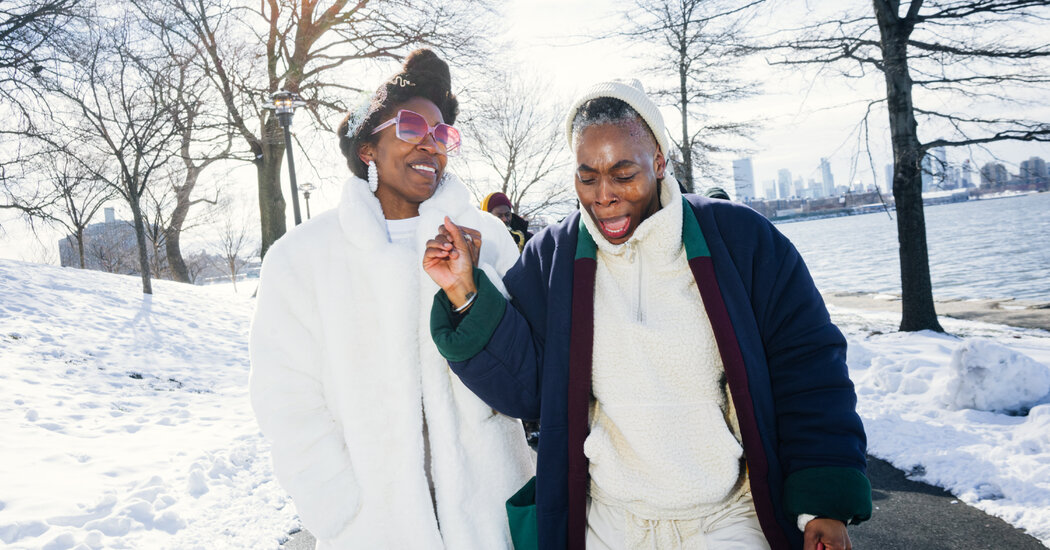 Ms. Hunt’s transition from publicist to DJ was a slow metamorphosis. She grew up in Chesapeake, Virginia and graduated from the University of Virginia in 2003 with a degree in English and African American Studies. Shortly thereafter, she moved to Mexico City to teach there. She hoped to become a DJ there too. “But I bought this DJ equipment online and ended up getting scammed with all my money,” she said. “I moved to New York because I was broke.”

Her sister Kenya Hunt lived in West Harlem. She moved in. “I got a temporary job and started practicing and found myself in the PR world.” However, the urge to play records never let go of her. When she started playing music at the fair trade art parties organized by her artist friends Derrick Adams and Mickalene Thomas, she was in demand. She continued to play for the Public Art Fund and an armory party at the Museum of Modern Art.

Mrs. Berry knew nothing about the art world when they started dating. “I am her mirage in the artificial desert,” she said. But Mrs. Hunt liked it so much. Before they met, they were both on Tinder for a moment. “I can’t say enough about how different it was to go on Tinder,” said Ms. Hunt. “But I told myself I have to expand my network. Everything became art world oriented. I had to open a new arena. “

She also had to find a relationship that would allow her to fully inhabit the quality that she said best defines it: introversion. “Although I can wear the extrovert’s hat if I have to, I’m totally introverted,” she said. Longtime friends like Raven Carter, who met Ms. Hunt in college, say her shyness is real. “She always made you feel cool just being around her,” Ms. Carter said. “But she is one who creates silently. Then when she’s ready to reveal herself it’s like, wow. “

After Ms. Berry and Ms. Hunt finally passed the friend zone in the summer of 2017, they formalized their relationship in July at a Central Park version of Sundae Sermon, a DJ party usually held in Harlem. Ms. Hunt overheard Ms. Berry speak to someone who mentioned that she preferred the term “friend” to “partner”. “I said,” I like girlfriend too, “said Ms. Hunt,” and that’s it. “