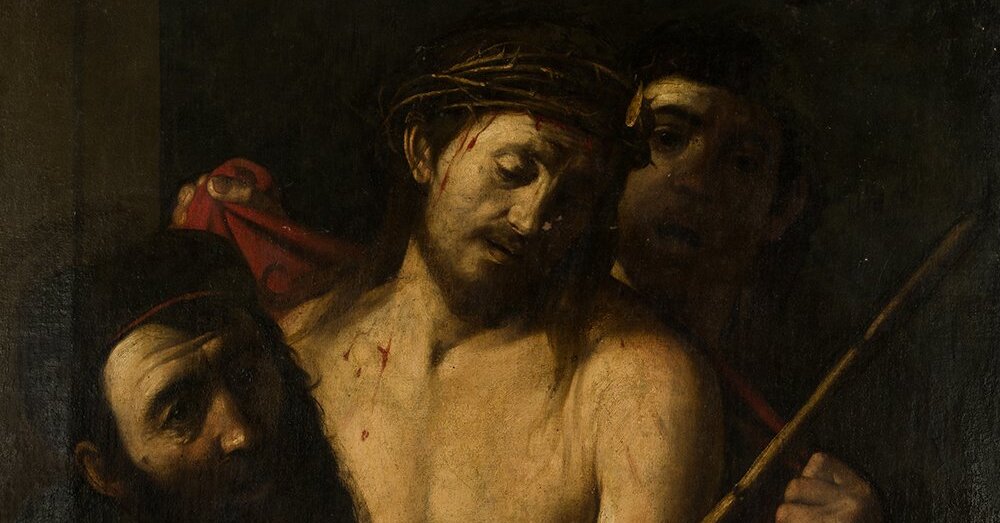 They call it a “sleeper”: with a starting price of just $ 1,800, a possibly undervalued painting by an old master was taken off the auction and is now worth millions.

A sale of art and antiques at Madrid’s Ansorena auction house on Thursday was supposed to include a dirty oil on canvas of Christ crowned with thorns and cataloged from the “circle” of 17th century Spanish painter José de Ribera. The proposed starting bid was set at 1,500 euros. The Museo del Prado in Madrid, realizing that this painting could be a long-lost work by Michelangelo Merisi da Caravaggio, the most famous of all Baroque artists, alerted the Spanish Ministry of Culture. And on Wednesday the ministry announced an export ban on the painting and it was withdrawn from auction the following day.

“The various experts are currently studying the work on the authorship,” said Belén Puente Herrero, Ansorena’s communications director, who refused to provide any further details about the painting and its property.

Two weeks ago the painting was discovered online by London-based old master dealers Marco Voena and Fabrizio Moretti, who flew to Madrid to see the work in person. They believe it is a well-documented but long-lost Caravaggio.

“When I saw it, it was booming,” Voena said in a telephone interview from Madrid. “It’s all Caravaggio. It’s incredible. It has great power. He added that the painting belonged to a ‘normal family’ and that he had offered to negotiate a private sale to a Spanish museum for a ‘small commission’, but the auction house had not yet responded.

In 2017, Voena and Moretti bought a newly discovered self-portrait of Caravaggio’s renowned contemporary Artemisia Gentileschi for 2.4 million euros with fees, or about $ 2.8 million, at a Paris auction. The dealers later sold it to the National Gallery in London.

If the painting turns out to be a fully accepted Caravaggio, the Museo del Prado in Madrid, whose collection currently contains only one work by the artist, would be a logical new home.

“At that moment, nobody in El Prado saw the painting in person,” said Carlos Chaguaceda, the museum’s communications director. “Still, we think it deserves a thorough investigation as soon as possible.”

The theme from the Gospel of John shows Pontius Pilate introducing the scourged and mocked Christ to the crowd. According to contemporary biographers, Caravaggio took part in a secret competition with two other painters to create a canvas of this scene known as “Ecce Homo”. Caravaggio’s entry was supposedly brought to Spain. A painting on the same subject is exhibited as Caravaggio in the Galleria Palazzo Rosso in Genoa, but the attribution has been contested by some scholars.

Maria Cristina Terzaghi, associate professor of art history at Roma Tre University in Rome, is one of those scholars who believe that the painting withdrawn from sale in Madrid is Caravaggio’s original “Ecce Homo”.

“There is no doubt about the attribution,” said Terzaghi, who flew to Madrid on Tuesday to see the work in person.

Terzaghi said the canvas matched the description and size of the corresponding Caravaggio works listed in two 17th-century collectors’ inventories, and that the figure of Pilate is based on a model found in another Caravaggio work, the ” Madonna of the Rosary ”appears. now in the Kunsthistorisches Museum in Vienna.

Terzaghi said she thinks the painting was made in Naples around 1606. She added that the canvas has suffered from some paint loss and discoloration and is “not in very good condition”.

“The problem is the origin,” said Terzaghi, who pointed out that the painting disappeared from documentation in the mid-17th century. “There are loopholes in history that we need to clear.”

The value of the painting is also a matter of clarification. The last large painting to be offered on the market as Caravaggio was a newly discovered canvas with “Judith and Holofernes” that was due to be sold at the 2019 auction in Toulouse. The painting was valued at 100 to 150 million euros and recently withdrew from sale and private purchase by New York-based collector J. Tomilson Hill at a price closer to the reserve of 30 million euros. Scholars disagreed as to whether it was painted exclusively by Caravaggio.

Since this last possible rediscovery cannot leave Spain now, we will not know what it would have done if it had been accepted as Caravaggio and offered on the international market.

But Anthony Crichton-Stuart, a former Christie’s specialist who is now the director of Agnew’s, a London gallery, can venture a guess. “If it were on the open market and fully supported by the majority of scientists, I think it would be worth at least 50 million euros,” said Crichton-Stuart – nearly $ 60 million. “But how long is a piece of string?”