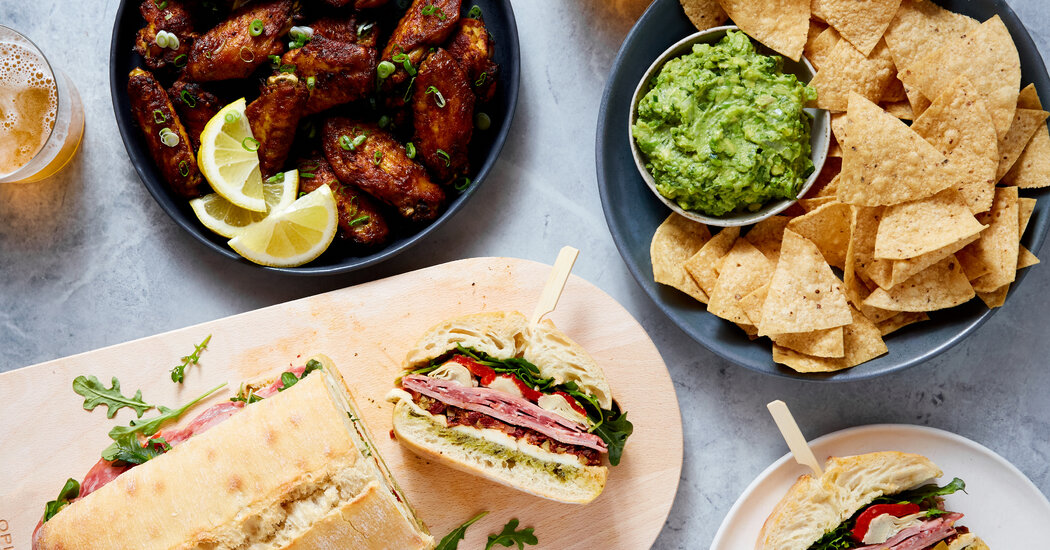 A large handful of arugula will do

2. Spread the pesto on the cut side of the lower half. Cut the mozzarella about ¼ inch thick and cover the bottom half with slices. If mozzarella is unsalted, you can season it with a little salt. Spread the tomato mixture on the cheese. Place the ham, sopressata and mortadella on top. Place artichoke hearts and then strips of red pepper over the meat. Scatter rocket on top.

4. Unpack and cut into sections for serving on a board or platter.

Note: For a vegetarian sandwich, replace the deli meat with 5 large portobello mushroom caps coated in oil, grilled, and seasoned with salt and pepper. Vegan? Also replace the mozzarella with firm tofu.