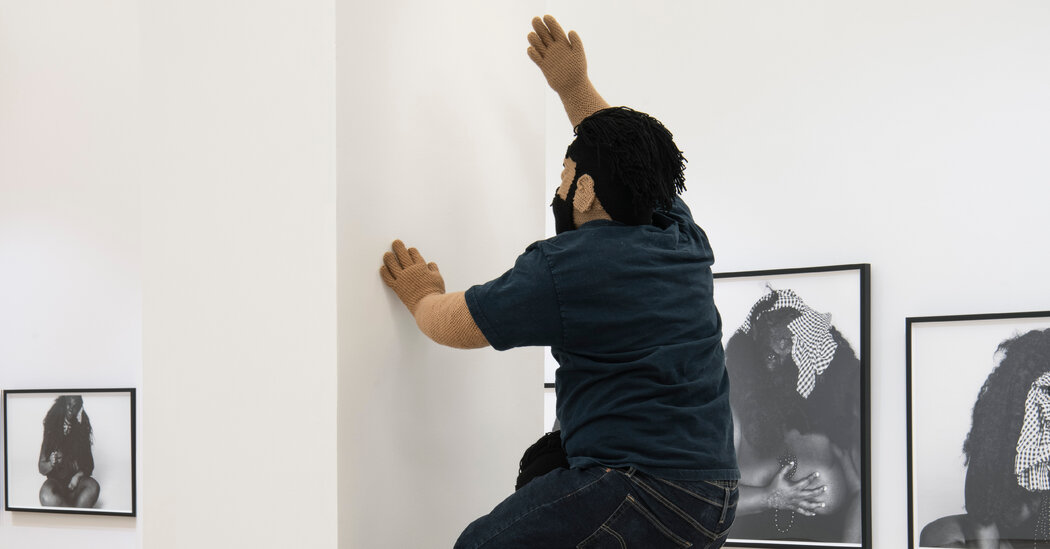 The New York museum clock has been running during Covid time for much of the past year. When the lock came in last March, the ongoing exhibitions went dark. Some were later reopened for a final breath. Others never saw the light again. Still others, which were originally supposed to debut in the last few months, had to work out new slots. “Estamos Bien – La Trienal 20/21” at El Museo del Barrio is one of the late arriving arrivals.

The exhibition is El Museo’s first national survey of so-called Latinx art, which uses the much-discussed gender-neutral and (as the museum argues) culturally comprehensive alternative to Latino or Latina to describe artists of Latin American origin who work primarily in the United States or the Caribbean. The museum’s original plan was for the exhibition to coincide with and reflect two crucial political events in 2020, the United States Census and the Presidential Election. It missed both but still looks pretty new. Immigration, racial justice, and ethnic and other identity claims are immortal features of national history. And the show is very much about her.

The title “Estamos Bien” – “We’re fine” – was inspired by a work in the exhibition, a 2017 painting by Chicago-based Cándida Álvarez that was created after the devastation of Puerto Rico by Hurricane Maria. The ironically colored words indicate both resilience and bitterness. And much of the work of the show’s 41 other artists is similarly complicated.

The trienal is organized by the curators of El Museo, Rodrigo Moura and Susanna V. Temkin, together with the artist Elia Alba, and begins in an introductory gallery in which printed versions of digital works are installed on behalf of the museum. One – created by the Duo Collective Magpie from San Diego (Tae Hwang and MR Barnadas) with the title “Who Designs Your Race?”. – is an interactive, census-style survey, but driven by personal feelings rather than statistical facts. It is designed to expose the racial and ethnic prejudices of its participants.

A second play, “Obituaries of the American Dream” by Lizania Cruz – born in the Dominican Republic and now based in Brooklyn – consists of short written responses from dozens of people to a question from Cruz: When and how did you trust the country Lost dream? The entire archive of responses, read only online, has been printed in a take-away publication available in the gallery.

A third introductory work is a single large photo by Philadelphia artist Ada Trillo of a Black Lives Matter 2020 die-in that took place in her hometown after the police killings of George Floyd and Breonna Taylor. The image of a mass of vulnerable bodies, male and female, fair-skinned and dark-skinned, as far as the eye can see – and a civic memorial to George Washington, the nation’s first president to own slaves, surrounds spirit of history-reworking, justice-seeking energy, which served as the background for the exhibition.

And this spirit is on the show, albeit often obliquely, in modest gestures and at low volume. A fair percentage of the work uses popular culture as a source material. Yvette Mayorga paints in the European Rococo style of the 18th century, but uses cake decoration techniques known from the Mexican bakeries in her Chicago neighborhood. Still life pictures by artist and gay activist Joey Terrill, who was born in Los Angeles in 1955 and is one of the two main characters in the series with Alvarez, combine images of food, brown male bodies and HIV drugs. Another, younger Angeleno painter, Patrick Martinez, integrates LED signage face masks, Lysol cloths and toilet paper into his panoramic reef on marked city walls.

And in a cute, short video from 2016 titled “Dinner As I Remember”, Francis Almendárez revisits the family meals of his childhood working class, presenting each dish as a lovingly produced masterpiece.

Acknowledgment of the near and distant family is a recurring element. This emerges from Groana Melendez’s photographic portraits of relatives networked between the Dominican Republic and the Bronx, and from portraits – each with gold frames – of Xime Izquierdo Ugaz, an extended family of strange friends scattered across America.

And for everyone for whom migration is still a young story, the place – where you leave and where you are going – is a topic of resonance. Eddie R. Aparicio makes curtain-like rubber molds on the surfaces of ficus trees – which grow fast and disappear faster – in neighborhoods of Los Angeles with large numbers of Central American immigrants. María Gaspar, a first-generation Mexican, photographs herself embedded in half-landscapes that were encountered on her travels.

At the beginning of the season, Gaspar made a memorable contribution to the exhibition “Marking Time: Art in the Age of Mass Incarceration” at MoMA PS1. Incarceration is a dark part of Latino history in America, and the show recognizes it. The digital records include a team-created visual database called Torn Apart / Separados, which contains images depicting the United States in relation to hundreds of public and private immigrant detention centers. ICE facilities are indicated by bright orange dots and it’s a jerk to see them spread like cancer cells across the country.

Only one other piece of work on a decidedly political show, a wall-sized video animation by Texas-based Michael Menchaca, delivers a comparable informational beat. It is entitled “A Cage Without Limits” and was commissioned by El Museo. It is a video game-style version of a video game-style history of indigenous peoples’ oppression that dates back to the earliest European arrivals in America. The piece was installed in the last gallery of the exhibition, a space that the museum is using for the first time. It’s hyperactive, offensive, non-stop and angry, all good.

It can also stand on its own outside the context of the show, which can be said of some other works as well.

Among these I would refer to Luis Flores’ life-size crocheted double self-portrait; to Ektor Garcia’s openwork column with butterfly shapes, also crocheted, but in this case made of copper wire; and a monumental smoky gray print piece by Simonette Quamina. I also recommend a survey as part of the larger overview of works from the permanent collection of the Museum of Pocket Art (MoPA), which was founded in El Paso, Texas, in 2004 by the artist Robert Jackson Harrington and is represented here by a changing selection of small works beautiful things.

And then there’s a video by the Puerto Rican puppet and performance collective called Poncilí Creación, which is mostly made up of twin brothers Pablo and Efrain Del Hierro who live and work in San Juan. They were quarantined there in 2020 when they were filming the video, and it looked like they almost had the city to themselves as they marched through the closed streets, with one brother banging a catchy tattoo on a drum and the other wore, strapped to his body, a posable collection of fantastic creatures with soft sculptures. The two-man theater company goes where they like it – abandoned schools and government buildings are not forbidden – and at some point attracts a fellow actor to join in and talk about revolution. He knows radicals when he meets them.

El Museo itself began as a radical experiment, an attempt to preserve Latino culture in an unwelcome time and environment and to advance it against assimilation. This was and is a difficult balance. Today, almost half a century after it was founded, this museum is still the only one in New York – and one of the few in the country – that regularly exhibits, collects, and documents Latino works. I am very happy that the first three-year period, imperfect but stimulating, ended successfully. But I also think: three years is a very long time to wait for another rerun, with so much new Latinx work being done – to use the preferred term of the show – and so little attention being paid. With that in mind, I encourage El Museo to always somehow keep this art in front of us, give us new updates often, and make these updates bold and frank – in short, to keep pushing the envelope, hard.