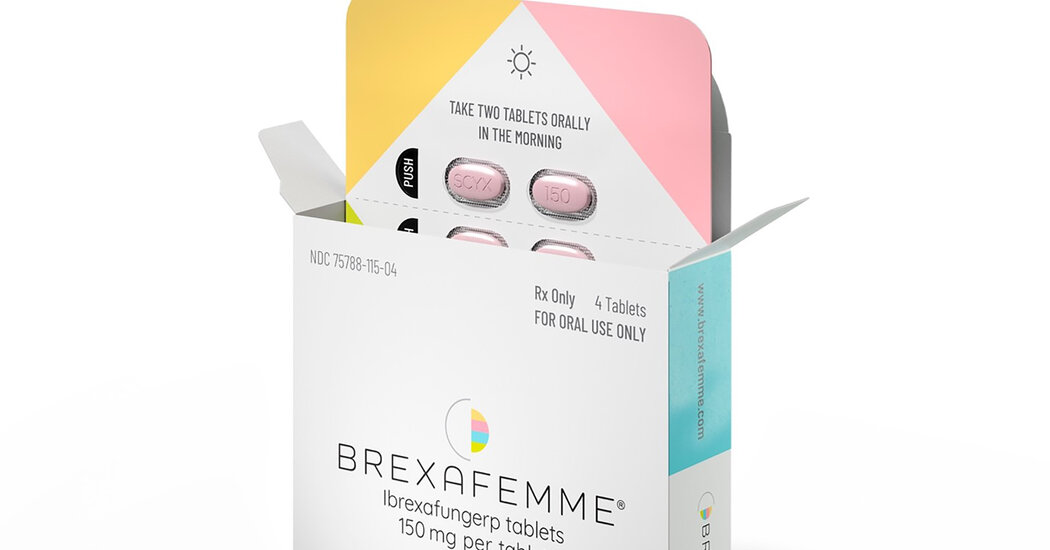 The Food and Drug Administration on Tuesday approved a new drug to treat a vaginal yeast infection, which is particularly common in pregnant women who take birth control pills or take antibiotics.

The drug Brexafemme (Ibrexafungerp) manufactured by SCYNEXIS is a one-day oral treatment and the first in a new class of triterpenoid antifungal drugs. The company said the new drug will kill candida – the yeast that can cause infection.

The standard oral drug diflucan (fluconazole) inhibits the growth of yeast, but does not kill it.

But the treatment would most likely not initially be prescribed for common vaginal yeast infections. Dr. David Angulo, the company’s chief medical officer, estimated the drug’s list price at $ 350-450 for the four-tablet treatment. In comparison, GoodRx lists the average retail price of fluconazole at $ 29.81.

He said Brexafemme is approved as a first-line treatment but could also be prescribed to patients whose infections don’t go away easily.

“There is nothing new that can be offered to patients who cannot tolerate it, do not respond well or develop resistance,” said Dr. Angulo.

Dr. Sumathi Nambiar, director of the FDA’s anti-infectives division, said, “This approval of a new antifungal drug provides an additional treatment option for patients with vulvovaginal candidiasis or vaginal or vulvar yeast infections, and represents another step forward in the FDA’s overall effort to be safe and effective To ensure antifungal drugs are available to patients. “

Dr. Denise Jamieson, Chair of Gynecology and Obstetrics at Emory University School of Medicine, said she wasn’t sure the new drug was needed.

“I don’t see any tremendous resistance,” she said. “I can’t really tell if this will be a great addition or not. It is always helpful to have another option and then you have to consider things like costs and tolerances. “

Dr. Michael Carome, director of the Public Citizen’s Health Research Group, was not impressed with the FDA’s approval of Brexafemme.

“This drug is not necessary and few women should need it,” said Dr. Carome. “Fluconazole is very cheap and generally very effective. The cost of this is simply outrageous.

The FDA requires SCYNEXIS to conduct several post-marketing studies, including one to assess the risks to pregnant women, the developing fetus, and newborns; and another to study how much of the product passes into the breast milk of breastfeeding women.

The drug will hit the market later this year.