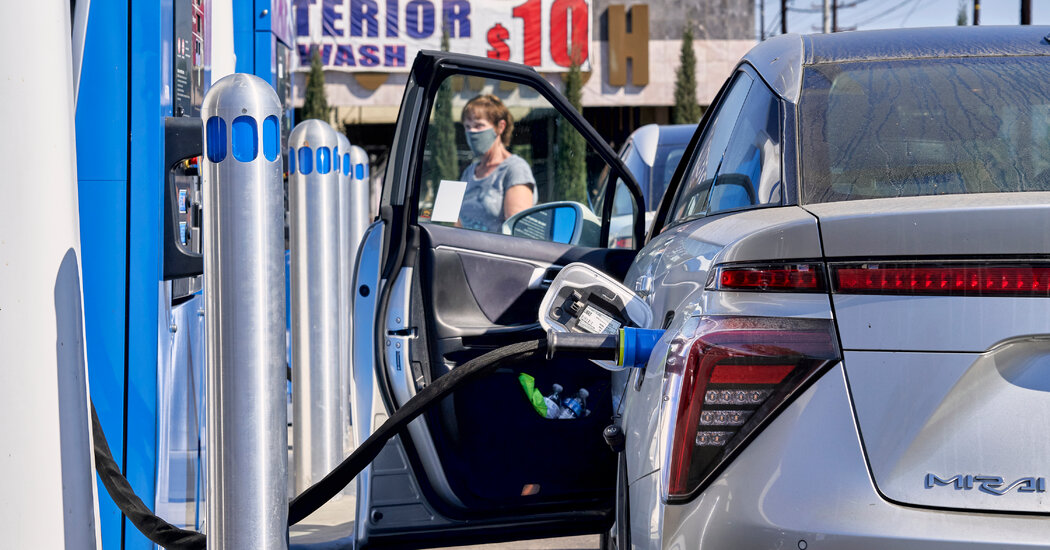 For the foreseeable future, most of the hydrogen fuel will most likely be made from natural gas through an energy-intensive and environmentally harmful process called steam reforming, which uses steam, high heat and pressure to break the methane down into hydrogen and carbon dioxide.

Blue hydrogen uses the same process, but uses carbon capture and storage technology that captures carbon dioxide before it is released into the atmosphere and then pumps it underground to trap it. But that still doesn’t take into account the natural gas that generates the hydrogen, drives the steam reforming process and operates the CO2 capture. “That is considerable,” said Dr. Howarth from Cornell.

Amy Townsend-Small, associate professor of environmental science at the University of Cincinnati and an expert on methane emissions, said more scientists are starting to study some of the industry’s claims about hydrogen, as they are examining the climate impact of natural gas production. “I think this research will drive the conversation,” she said.

The plans for the production and use of hydrogen are advancing. National Grid, together with Stony Brook University and New York State, is studying the integration of hydrogen into its existing gas infrastructure, with the project aiming to produce hydrogen using renewable energy.

Entergy believed hydrogen was “part of creating a long-term carbon-free future” and complements renewable energies such as wind and solar, which only produce electricity intermittently, said Jerry Nappi, a spokesman for the utility. “Hydrogen is an important technology that will allow utility companies to use much more renewable energy,” he said.

National Grid referred to its net zero plan, which says hydrogen will play an important role over the next few decades and that making hydrogen from renewable energy sources will be the linchpin.

New York State is exploring “all technology,” including hydrogen, to support its climate goals, said Kate T. Muller, a spokeswoman for the state’s energy research and development agency. Still, the researchers would “review and consider the blue hydrogen paper,” she said.