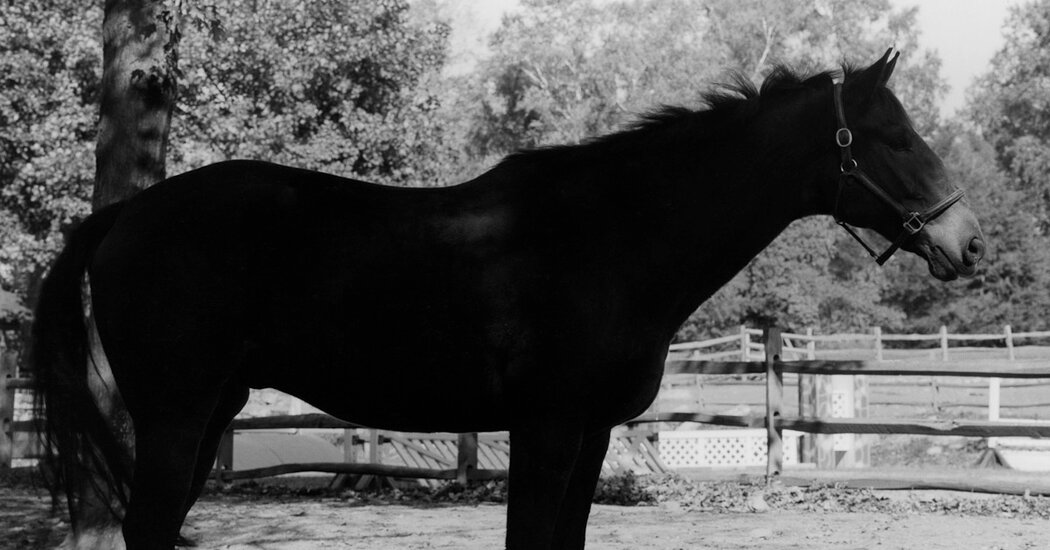 Arthur Jafa’s most noticeable skill is editing; The power of his videos (such as “Love is the message, the message is death”, which can be seen in the Neues Museum in the program “Mourning and Complaint”) is based on jagged, poetic soldering with high and low resolution recordings. These smashing techniques persist here at Gladstone, where he has arranged 108 icy photographs of flowers and fornicators by Robert Mapplethorpe in airy counterpoints. He freely mixes Mapplethorpe’s portrait, still life, nudes and sadomasochistic images; omits many familiar images (none of the bodybuilders Lisa Lyon); and emphasizes his early colored Polaroids, like three shots from 1972 of Mapplethorpe’s lover Sam Wagstaff working hard.

Jafa’s non-hierarchical depiction shows Mapplethorpe’s belligerent side and the wilderness’ s absurdity of looking at the tumescent or expanded parts of men with the same calm gaze you would cast at a tiger lily. Some juxtapositions offer a bit of decadent fun when Jafa interrupts a run of Mapplethorpe’s dull black and white with a rare color portrait of the barely believable Archbishop of Canterbury. He mixes Mapplethorpe’s black model nudes with admirable neutrality, even though it’s really a schoolboy joke to put a model’s erect sexual organ next to a black horse pointing in the same direction.

But can we even see Mapplethorpe today as we did when the kitchen debuted its roughest paintings in 1977, or when an obscenity process made it a focal point of the culture wars in 1990? His strict composition and cold eye retain a little power, but the relationship between sex and photography has changed a lot. Let me try to put this decoratively: a certain number of visitors to this show will later look at dozens of more explicit square-format photos – and even send one or two – on smartphone apps that allow for encounters not dissimilar to Mapplethorpe’s. Once the shock was how he objectified naked bodies; Now it is us who objectify ourselves in our images and profiles every day, just for a moment of human contact.

The light emanating from Sanou Oumar’s large, exquisitely crafted drawings combines spirituality with hard facts. Look closely: their glowing geometric shapes, intricate textures, and glowing fans and sticks suggest mandalas of the 21st century, but their elements can all be broken down into individual markings and lines of brightly colored inks. The cultural references are high, low and global – hard painting, textile and graphic design, MC Escher’s imaginary spaces, Mondrian’s black scaffolding, elevations and floor plans, the patterns of security envelopes and Islamic tiles, the manic architectural mock-ups by Bodys Isek Kingelez. The prevailing sense of geometry (and perfection) is being replaced by multipurpose freehand scribbling or areas with tiny stitches from a sharp pencil.

Oumar was born in Burkina Faso in 1986 and studied English literature at the University of Ouagadougou. He emigrated to the USA in 2015 and his drawings became a consuming, meditative ritual. Each one is produced in a single day and is titled with the date “6/15/20”, “8/26/20”. Many of his motifs are traces of small found objects – from smoke detector covers to small wooden spoons used in ice cream parlors – that add to their mysterious familiarity.

The drawings in a book published in a two-person exhibition (with Matt Paweski) at Gordon Robichaux’s in 2018, the year of Oumar’s New York debut, are more symmetrical and less colorful than these new endeavors. The latest work, mostly produced last summer, is an impressive leap forward. The newest, “9/13/20”, is completely hands-free. It’s not as sturdy as the others, but it opens up exciting new territory.

The Ray Johnson Show, now on David Zwirner’s place – one of the largest of its kind in recent years – includes more than 50 of the branded collages Johnson created between the 1950s and his 1995 suicide. They’re pretty little things, heir to the collages of the 1920s by Hannah Höch and Max Ernst, but with more humor and nostalgia – they often nod to stars from Hollywood’s golden age. (“What a Dump” in the title of this show is a favorite Johnson quote from a Bette Davis film.) Nearly all of the collages in Johnson’s tiny screenplay are carefully signed and dated as if to proclaim “Here be art.”

According to the standards of the art that is made around them – pop appropriation, minimalist sculpture, object-free conceptualism – these collages can look backwards. But in order to criticize, or even worship, their aesthetics, what is most important about these works is missing and the point that curator Jarrett Earnest is highlighting in this exhibition.

Johnson sent many collages or at least photocopies of them to friends and acquaintances all over the world, in the classic example of so-called postal art. Perhaps the real medium of Johnson’s best work is not the paper and glue of his collages, but the human connections that his mailings create: he often invited people to revise and return his images or pass them on to others. This exhibition is about these connections as well as the objects that triggered them.

Once you get a Johnson, you can refer to yourself as a member of his New York Correspondance School (its spelling) which became a kind of virtual clubhouse for creators who couldn’t find an easy place in the art world – often because, like Johnson, you did were gay. The three partners of General Idea, the queer art collective, were avid members of the Johnson Club, as was the gay poet John Giorno. This show includes work by them and other correspondents. (An unaffiliated exhibit at the Off Paradise gallery on Walker Street shows more artists with a “Johnsonian attitude.”)

I like to think of Johnson’s beautiful collages as secret objects that kids make in their clubhouses to confirm their membership. The care with which these objects are made is a sign of the importance of this membership.

As we enter the second year of the pandemic, grief is one of the most important feelings on my mind. How do we process the losses that continue to accumulate? TR Ericsson’s solo exhibition “Pale Fires” provides a moving example.

The Ericsson exhibition is not about the pandemic. It’s about his mother Sue, who died of suicide in 2003. The artist has compiled an archive of objects from her life that form the raw material for his current series “Crackle & Drag”. The exhibition in Totah consists entirely of these works, the gallery is full of absence and loss.

Ericsson often screen-printed family photos and documents, however personalizes the process by mixing unusual, symbolic materials – like his mother’s grave ashes or alcohol – with more conventional materials like ink. “Sue 63 (Nicotine)” (2020/21) is a portrait of her as a balanced young woman, depicted in ghostly, sepia-colored nicotine. Many of the images are blurry or blurry as if they were memories that are just inaccessible.

“Letter (March 3, 1994)” blows up a three-page letter from Sue, giving a glimpse into the drama of her existence as well as her voice – which forms the soundtrack of the movie “Crackle & Drag”, “Via recorded conversations and voicemail messages that were left for their son. It is unfortunate that the film, which is only shown once a week or by appointment, doesn’t get better integrated into the exhibition as it resonates with an emotional complexity that breaks through the cool conceptualism of the project. Portraying Sue both intimately and from a distance is a harrowing elegy.