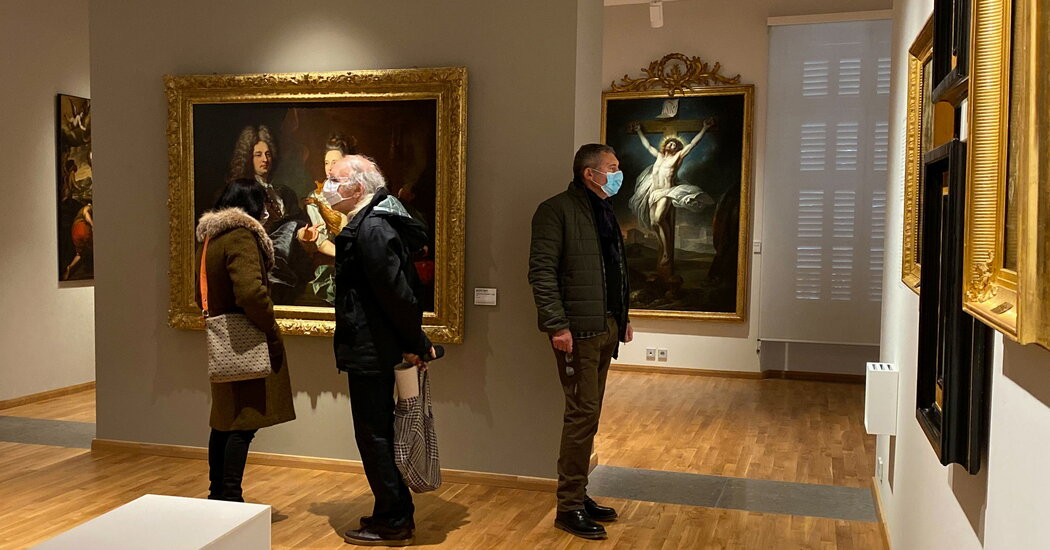 France, like most of Europe, saw an increase in coronavirus cases in winter as new variants spread across the continent. Now the number of cases seems to be stabilizing, partly thanks to a curfew at 6 p.m., but remains high. There were 21,063 new cases and 360 deaths as of Thursday. As of Friday morning, France had recorded nearly 81,000 deaths related to the virus.

However, the different numbers of cases have not ceased to oppose the limitations of cultural life.

France’s bookstores led the charges and a handful refused to close when the lockdown was ordered in October. Florence Kammermann, the owner of the Autour d’un Livre store in Cannes, which stayed open for several weeks despite the order, said in a telephone interview that the police had visited their store four times and fined them. But she didn’t regret her decision, she said.

She was completely against the National Rally Party and its policies, she added, but she supported Aliot in reopening museums. Many in France complained that the country’s lockdown rules were illogical, she added, “but they don’t have the courage to do so.”

French theaters have also held protests against their forced closure. In December, several venues symbolically reopened their doors to let actors and fans into their entrance rooms, although they were closed again after the action.

Jean-François Chougnet, president of the Museum of the Civilizations of Europe and the Mediterranean in Marseille, said in a telephone interview that the French museum directors would be happy to accept any conditions if they would allow them to reopen their doors. “Just tell us,” said Chougnet. “We are open to everything.”

On Monday, French Culture Minister Roselyne Bachelot launched a zoom call with the heads of several museums, including the Louvre, to discuss how they could safely reopen. She told attendees that museums would be the first cultural institutions to reopen once the virus was under control, said Emma Lavigne, president of the Palais de Tokyo, who was on the call.