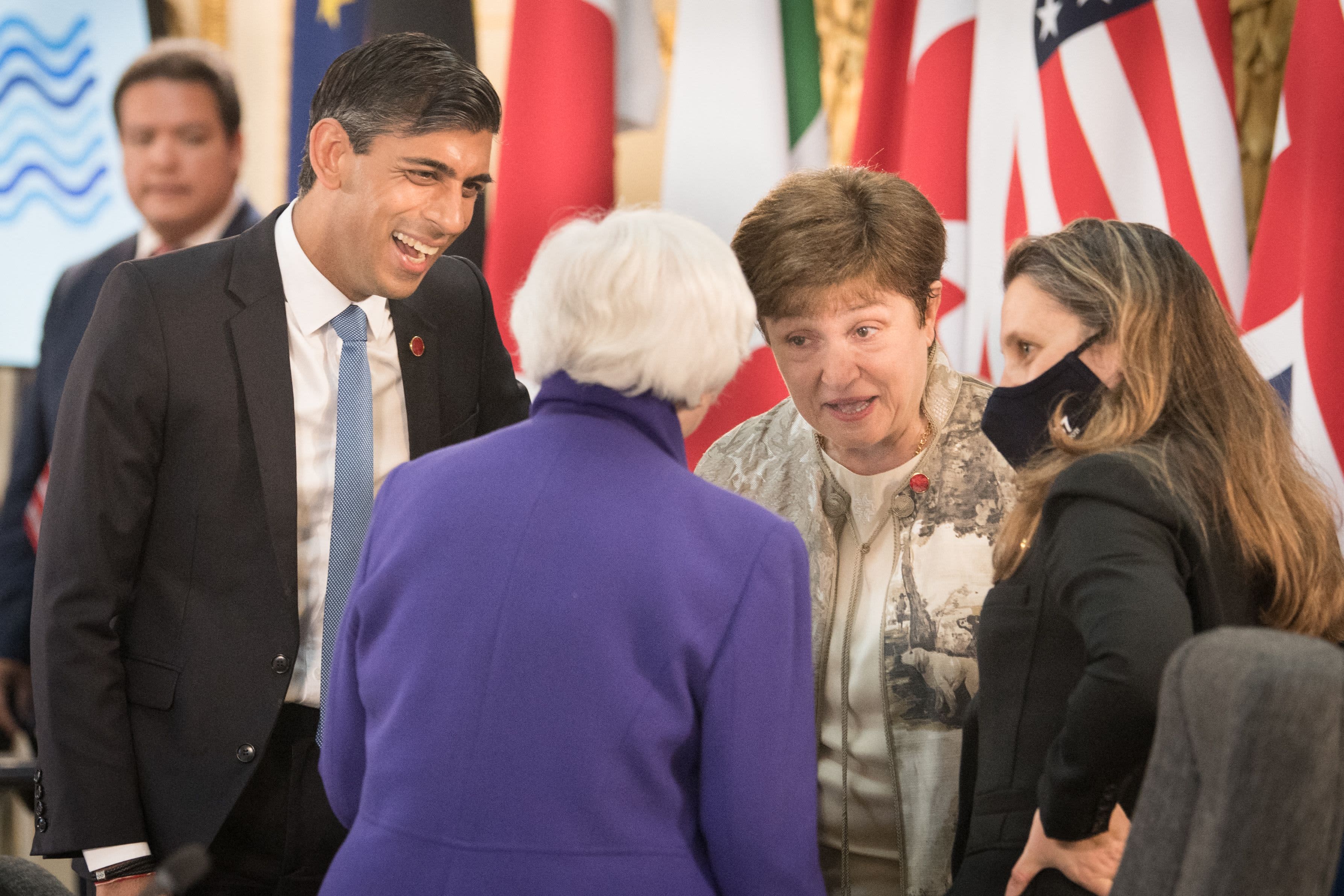 LONDON – Treasury ministers of the most advanced economies, known as the Group of Seven, have backed a US proposal requiring companies around the world to pay at least 15% corporate income tax.

“Today, after years of discussion, the finance ministers of the G-7 reached a historic agreement to reform the global tax system, make it fit for the global digital age – and above all to ensure that it is fair to the right companies paying the right taxes in the right places, “said UK Treasury Secretary Rishi Sunak in a video statement on Saturday.

When completed, it would represent a major development in global taxation. The G-7 members, which include Canada, France, Germany, Italy, Japan, the UK and the US, will meet for a summit next week in Cornwall, UK.

An agreement by this group would give the upcoming talks with 135 countries in Paris the necessary momentum. The finance ministers of the group of 20 are also expected to meet in Venice in July.

“We are committed to finding an equitable solution to the allocation of tax rights, with market countries being granted tax rights on at least 20% of profits that exceed a 10% margin for the largest and most profitable multinational corporations,” said one Statement by the G -7 finance ministers.

“We will ensure adequate coordination between the application of the new international tax rules and the elimination of all taxes on digital services and other relevant similar measures for all businesses,” it said.

US Treasury Secretary Janet Yellen, who is in London for the face-to-face meeting, hailed the move as significant and unprecedented.

“This global minimum tax would end the race to the bottom in corporate taxation and ensure fairness for the middle class and working population in the US and around the world,” she tweeted.

President Joe Biden and his administration originally proposed a minimum global tax rate of 21% to prevent countries from attracting international corporations with low or no taxes. However, after tough negotiations, a compromise was reached to set the bar at 15%.

A global deal in this area would be good news for countries on budget struggling to rebuild their economies after the coronavirus crisis.

But Biden’s idea was not received with the same enthusiasm around the world. Britain, for example, did not immediately support the proposal.

US President Joe Biden speaks at a meeting with a bipartisan group of Congressmen.

The issue can also be controversial within the European Union, where different member states levy different corporate tax rates and thereby attract well-known companies. Ireland’s tax rate, for example, is 12.5%, while France’s can be up to 31%.

In an April speech, Irish Treasury Secretary Paschal Donohoe said smaller nations should have lower tax rates because they don’t have the same scalability as larger economies, the Guardian reported.

The world’s most powerful economies have been arguing over taxation for some time, especially amid plans to tax digital giants more heavily.

Under former President Donald Trump, the United States vehemently opposed digital tax initiatives in various countries and threatened to impose trade tariffs on countries that were planning to tax US technology companies.

Some large companies around the world responded positively to the agreement on Saturday. Nick Clegg, Facebook’s vice president of global affairs, tweeted that the company welcomed the G-7 tax regime.

“We want the international tax reform process to be successful, and we recognize that this could mean Facebook pays more taxes in other places,” Clegg wrote.

Google spokesman Jose Castaneda told CNBC in a statement that the company supports efforts to update international tax rules. “We hope that countries will continue to work together to ensure that a balanced and lasting deal is reached soon,” he said.