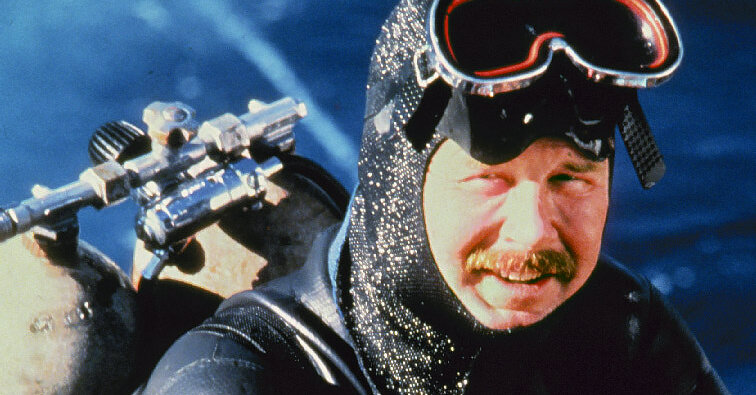 George F. Bass, often referred to as the father of underwater archeology, who searched shipwrecks for discovery artifacts and developed new techniques for exploring the ocean, died March 2 in a hospital in Bryan, Texas. He was 88 years old.

His son Gordon confirmed the death.

Professor Bass was a graduate student in 1960 when he first put on a scuba tank and dived to the Mediterranean seabed. He found bronze ingots more than 3,000 years old, wooden fragments that solved the mystery of shipbuilding from the time of the “Odyssey”, and much more – treasures that opened up a new field for archeology that seemed to him as limitless as the seven seas.

Professor Bass directed or directed archaeological efforts around the world, including the United States. However, it focused on the Turkish coast – for thousands of years a sea trade route for a number of civilizations, from the ancient Canaanites to the early Byzantine empires.

The oldest submerged shipwreck he excavated was near the Uluburun peninsula in southern Turkey. The wreck, likely the remains of a royal ship, could have been found within a few years from 1300 BC. BC, the end of the Bronze Age and the era of the Trojan War and King Tut. It carried an opulent cargo – items like hippopotamus ivory, a golden scarab with the name of Queen Nefertiti (the only one ever found), and what is believed to be the oldest wooden writing board ever discovered.

Professor Bass wrote that the Uluburun ship was “the history of literacy, trade, ideas, metallurgy, metrology, art, music, religion and international relations, and for fields as diverse as Homeric studies and Egyptology” re-lit.

The historical value of a sunken treasure was recognized around the turn of the 20th century when Greeks diving for sponges came across a shipwreck that carried, among other things, a magnificent ancient Greek bronze statue of a young man named the Antikythera Youth. However, sustainable archaeological work under the sea was not possible until 1943 when oceanographers Jacques-Yves Cousteau and Emil Gagnan invented the aqualung.

Early on, archaeologists who wanted to use the aqualung stayed above ground, relying on reports from hired divers who lacked archaeological expertise. Professor Bass took a more practical approach. He was the first archaeologist to dive and supervise other divers. And he organized on-site training courses in underwater excavation methods for other archaeologists and students.

With the help of scientists he recruited for his teams, he developed new methods of removing artifacts from the ocean floor and spending long periods of time underwater. An important early finding was that objects that look like stones could actually be the corroded remains of metal ware. Professor Bass x-rays, which he found interesting. If a stone-like object contained an internal cavity that used to be a metal artifact, he poured epoxy into it and poured a replacement.

His excavations produced revealing material on ancient shipbuilding. His first expedition off Cape Gelidonya in Turkey solved a mystery why Homer referred to Odysseus’ ship on sticks. The remains of a sunken ship revealed that sticks had been used as a pillow for heavy cargo to protect the hull.

Deborah Carlson, president of the Institute of Nautical Archeology, who helped shape Professor Bass and then directed much of his life, ultimately in Texas, said he deserved to be seen as the subject’s founder.

“Under his leadership, ancient shipwrecks were dug up underwater for the first time,” she said in a telephone interview. “He did it by completing his archaeological training, putting on diving gear and taking the excavation into a new dimension.”

In his lectures, Professor Bass liked to tell the audience about the ancient times of seafaring – which humans developed before agriculture, shepherd’s work or metalworking – and about the infinity of shipwrecks to be discovered.

“We will never run out of places worthy of honor,” he wrote in Beneath the Seven Seas (2005), a book that chronicles his career. “Hundreds of ships sank in Aegean storms in a single day. We cannot calculate the number of wrecks in this one sea. “

George Fletcher Bass was born on December 9, 1932 in Columbia, SC. His father Robert was an English professor and popular historian, and his mother Virginia (Wauchope) Bass edited poetry collections. After his father accepted an apprenticeship at the Naval Academy, George grew up in Annapolis. He later joined the military himself and served as a lieutenant in a communications unit in Korea after the war.

After he was honorably discharged at the end of the 1950s, he received his doctorate. in Classical Archeology from the University of Pennsylvania. At the time, an American photojournalist named Peter Throckmorton was investigating Turkish sponge divers and learned that they knew about ancient artifacts on the ocean floor. Mr Throckmorton wrote to the renowned archaeologist Rodney Young asking for assistance in a proper excavation. Professor Young reached out to one of his graduate students who specialized in the Bronze Age and had read reviews of deep-sea diving enthusiastically – George Bass.

Mr. Bass was less than fully prepared. He only had six weeks to complete a 10-week diving course with a Philadelphia YMCA. Before joining the expedition and diving 100 feet into the Mediterranean, he had only tried on a tank once and had gone no deeper than 10 feet – in a pool. However, that first trip became the basis for the rest of his career.

“You have to be young and ignorant and naive to get anywhere,” he said in a 2010 interview with the Penn Museum.

He received his Ph.D. He studied at the University of Pennsylvania and became a professor there in 1964. Although he had a job, he left his position in 1973 to found an independent institute for nautical archeology with his colleagues J. Richard Steffy and Michael L. Katzenv.

Professor Bass and his wife – he had married Ann Singletary in 1960 – sold their house, car and furniture and moved to Cyprus with their two sons. Their stay was short-lived. When Turkey invaded the battle with Greece for control of the island in 1974, the basses fled in the middle of the night.

Texas A&M University in College Station offered to take up Professor Bass’s institute and make him and his colleagues faculty members. Known today as the Institute of Nautical Archeology, it has unearthed dozens of shipwrecks in Europe, Asia, Africa and America. Professor Bass’s early research helped kick-start the establishment of the Turkish Bodrum Museum of Underwater Archeology, which is now one of the world’s leading institutions of its kind.

In addition to his son Gordon, he is survived by his wife; another son, Alan; and two grandchildren.

Professor Bass saw the greatest threat to his work in finding treasure hunters who wanted to treat artifacts as loot. He called it “destructive to our search for knowledge of the past”.