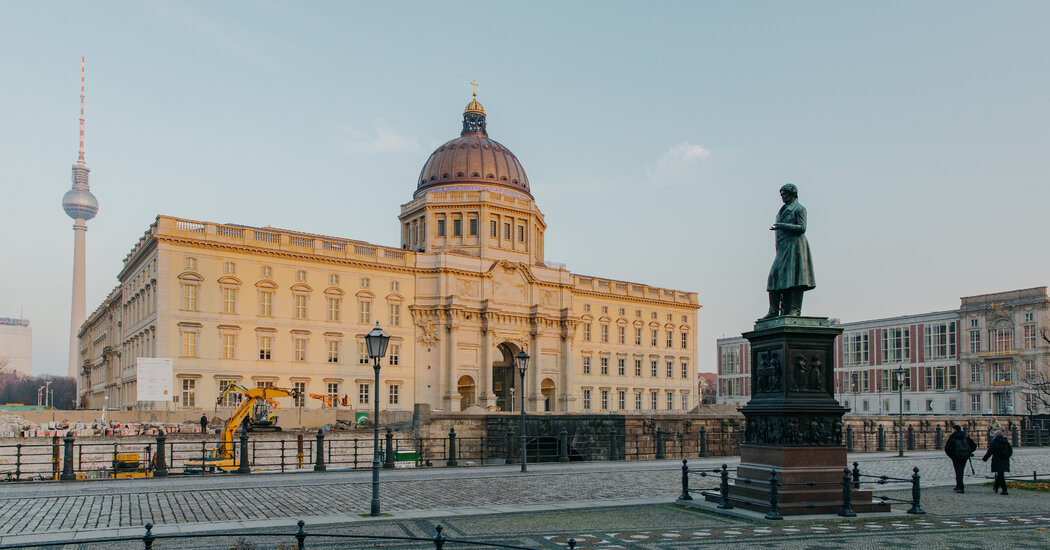 Germany will bring back a “considerable” number of the priceless artifacts known as Benin bronzes from its museums to Nigeria over the next year, the Ministry of Culture announced on Thursday evening.

The artifacts looted by the British Army in a raid on Benin City in what is now Nigeria in 1897 are in museums and private collections around the world. Germany’s announcement, the first of a national government with an attached timetable, comes as the momentum is growing on both sides of the Atlantic to return the stolen items.

At an online meeting of government officials, regional legislators and museum administrators, it was agreed that German institutions – which own hundreds of bronzes – would intensify talks with Nigerian partners and endeavor to achieve the first results next year.

“We are faced with the historical and moral responsibility of bringing Germany’s colonial past to light and dealing with it,” said German Minister of Culture Monika Grütters in a press release. “Dealing with the Benin bronzes is a touchstone,” she added.

The bronzes (which, despite the name, contain items made of ivory, brass, and wood) are likely to be housed in the proposed Edo Museum of West African Art in Benin City, designed by architect David Adjaye for the Legacy Restoration Trust – a group that the represents the Nigerian government, regional authorities and the royal court of Benin.

The Trust hopes to open the museum in 2025, although the schedule has already been postponed several times.

Victor Ehikhamenor, a trustee, welcomed the German announcement. “If this works, it will create a blueprint for others,” he said in a telephone interview.

Germany will publish an inventory of all Benin bronzes in its museums by June 15. This emerges from a statement signed at Thursday’s meeting. Details of the origin of these items, including whether they were looted, will be disclosed by the end of the year. However, the statement emphasizes that Germany hopes some bronzes will stay in the country.

Ehikhamenor said he had no problem displaying items in Germany as long as their legal property was transferred to the museum in Benin City. “We want to have a global conversation, but it has to be a fair one,” said Ehikhamenor. “We can no longer be in a colonial hierarchy.”

In Britain, whose army carried out the raid of 1897, steps to return the bronzes are being taken by the institutions that hold them rather than the government. In March, the Horniman Museum in London, which owns 49 items from Benin City, released a policy document considering the “possible return” of items from its collection that were forcibly or stolen. Days later, the University of Aberdeen in Scotland said it would return a sculpture of an Oba, or ruler of the Kingdom of Benin, that was stolen in the 1897 raid.

Some of the largest museums in the country – like the British Museum, which owns more than 900 of the objects, including arguably some of the best – are regulated by Parliament and cannot permanently return objects from their collections without a change in the law. The UK Ministry of Culture did not respond to a request for comment on Friday.

The British Museum is a member of the Benin Dialogue Group, a network of European museums that has been meeting with Nigerian officials to discuss what to do with the bronzes for more than a decade. The group is also helping with the development of the Edo Museum of West African Art and funding and staffing the archaeological work on the museum grounds, which is slated to begin in the fall.

Ehikhamenor compared the British Museum’s involvement in restitution talks with a McDonald’s worker who refuses to make burgers. “Your presence there has not led to any conversation we hear from other museums in Europe,” he said. But he added that he hoped Germany’s announcement would change things. “If Germany finds ways to have this conversation with us, the British should start to find a way,” he said.

A British Museum spokeswoman admitted in a statement that the bronzes were taken under the circumstances of “desolation and pillage” and that this was “stated on gallery boards and on the museum’s website”.

While European museums have been debating Nigeria for years, American institutions have only recently begun to respond to the bronzes in their collections. The Fowler Museum, part of the University of California, has contacted Nigerian officials about the future of 18 Benin bronzes, said Marla C. Berns, the museum’s director.

The Smithsonian has set up a task force to develop a policy regarding colonial and looted art in its collection, said Christine Kreamer, assistant director of the National Museum of African Art. Her museum has 42 Benin bronzes – although not all have been looted – and other Smithsonian museums like the National Museum of Natural History have some too, she said. The group’s first meeting is next week, added Kreamer.

“The US museums have been slow to do this,” said Kreamer, attributing this to their lack of involvement in colonialism. “The time is now beyond right,” she added.

The Metropolitan Museum, which exhibits around 160 items from Benin City, including a renowned ivory mask, has made no announcements regarding refunds. These works “were largely given to the institution in the 1970s and 1990s by people who bought them on the art market,” a spokesman said in a statement on Thursday, adding that the museum was aware of Germany’s new plan.

Ehikhamenor said the Met dances “around these objects”, much like the British Museum. But he added, “The time for American institutions will come.”

Philip Ihenacho, a financier who leads the fundraiser for the Edo Museum of West African Art, said in a telephone interview that the new-found willingness of some governments and museums to talk about the return of the Benin bronzes is a cornerstone. “With the dynamic that seems to be behind some of the discussions, we are increasingly confident that the challenge is no longer convincing people to return objects.”

“The challenge,” he added, “will be to build an institution that is worth preserving the objects.”