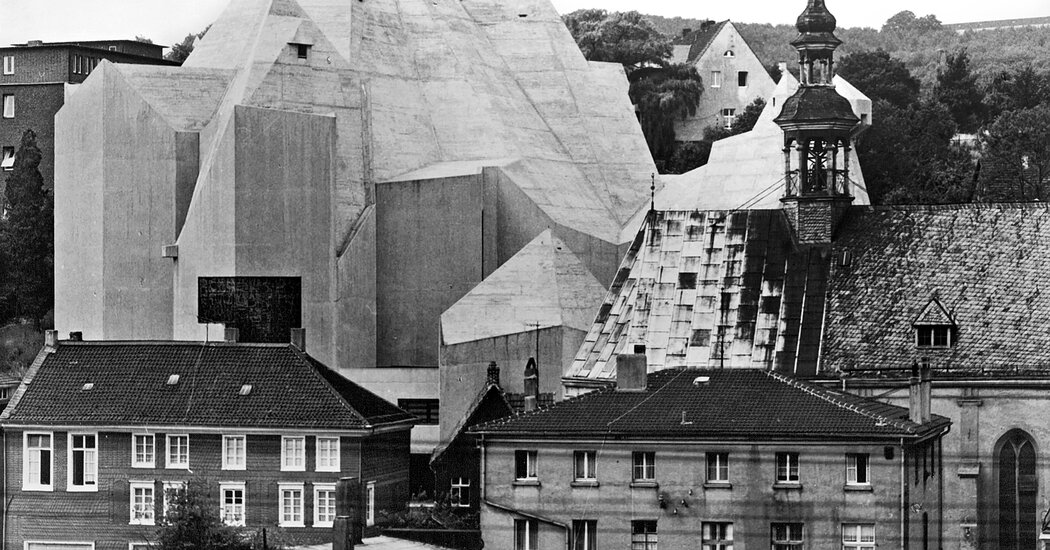 He was drafted into the Wehrmacht in 1939 and served until he was wounded in the Russian campaign in 1942 and was sent back to Germany. He rarely talked about the war, but in the 2014 documentary he remembered a slaughter in the High Tatras. “It was my job to shoot,” he said. “We were mountaineers. There was a murderous hail of bullets and we suffered many losses. Right next to me. Right in front of me.”

After his demobilization, he studied architecture at the Technical University of Munich, which he graduated in 1946. For another year he studied sculpture at the local art academy, which he later described as an attempt to distance himself from his father. who regarded Gottfried as his successor and did not want to disappoint Gottfried. Even if Mr. Böhm finally chose the path of the architect, his training as a sculptor remained fundamental and shaped his most striking works.

After Munich, Mr. Böhm returned to Cologne to work in his father’s company, which he took over after Dominikus’ death in 1955 and continued a family business that reached almost dynastic dimensions.

In 1948 he married Elisabeth Haggenmüller, an architect whom he met while studying. She supported her husband on many of his projects, and they stayed married in their early 90s until her death in 2012. Three sons of Mr. Böhm, Stephan, Peter and Paul, all trained as architects and worked in their father’s office from the 1980s. Today they both run an independent architecture office under one roof, in the Cologne house that their grandfather built in 1928 and where Gottfried grew up and once ran his office. A fourth son, Markus, is a painter. Mr. Böhm also leaves five grandchildren, two great-grandchildren and an older brother, Paul, who is 102 years old.

In 1951, Mr. Böhm traveled to America, where he worked briefly in a New York architecture firm. During a month-long study trip to the USA, he met Walter Gropius and Mies van der Rohe, the Bauhaus masters who were a great inspiration to him. After his return to Germany, he was appointed professor at the Technical University of Aachen in 1963 and held this position until 1985.