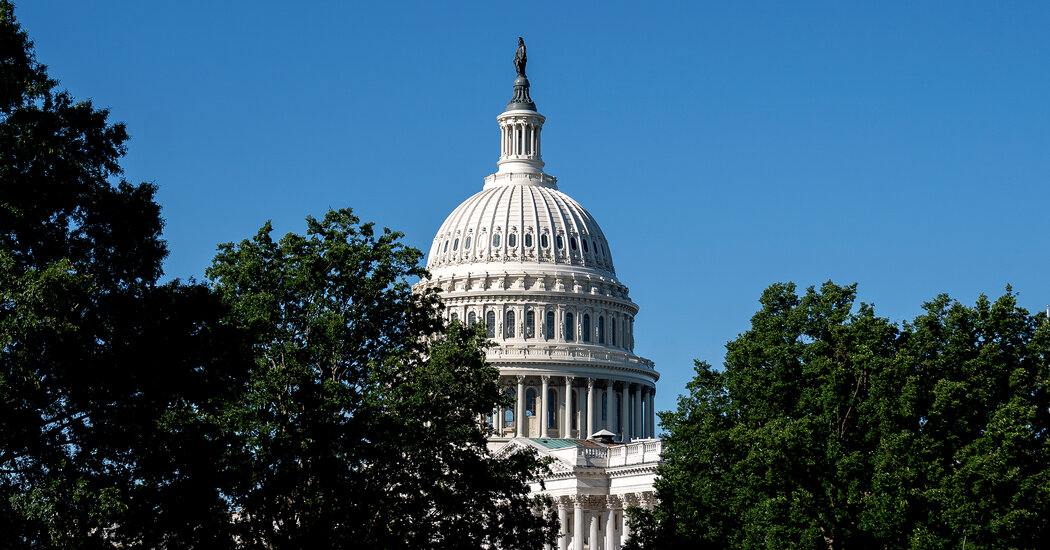 WASHINGTON – The House of Representatives on Monday passed two bipartisan bills aimed at strengthening research and development programs in the United States and starting a battle with the Senate over how best to invest in scientific innovation to keep America competitive strengthen.

The bills are the House of Representatives’ response to the sweeping Endless Frontier Act, which the Senate passed overwhelmingly this month and which would put unprecedented federal investments in a range of new technologies to compete with China. But lawmakers who drafted the House of Representatives took a different approach, calling for funding to be doubled over the next five years for traditional research initiatives at the National Science Foundation and a 7 percent increase for the Department of Energy’s Office of Science.

The contrast reflected the concerns of House lawmakers that the Senate bill put an oversized and over-prescriptive focus on developing emerging technologies and mimicking Beijing’s aggressive moves to industrial domination. Instead, lawmakers argued, the United States should invest more resources in its own proven research and development capabilities.

“If we are to remain the world leader in science and technology, we must act now,” said Rep. Eddie Bernice Johnson, a Texas Democrat and chair of the science committee. “But we shouldn’t act too quickly. Instead of trying to copy the efforts of our emerging competitors, let us use the proven innovation drivers of the National Science Foundation and the Department of Energy. “

Legislature and its aides must try to bring Senate-passed bills into line with the two bills passed on Monday, sparking a major debate on Capitol Hill over industrial policy and strengthening American competitiveness, a goal with broad bipartisan support .

“One of the key differences or tensions between the House of Representatives and the Senate version is that the Senate version really focuses on China,” said Robert D. Atkinson, president of the Information Technology and Innovation Foundation. Johnson’s bills, he added, prioritize “more sociopolitical issues,” including science, technology, engineering and math education, and climate change.

House bills omit a number of provisions that are at the core of Senate legislation, including $ 52 billion in emergency subsidies for semiconductor manufacturers and a number of trade provisions. Rather than creating regional technology centers across the country, as the Senate measure would do, one of the House bills would create a designated directorate for “Science and Engineering Solutions” in the National Science Foundation.

While lawmakers on the House of Representatives Science Committee highlighted several emerging technologies, including artificial intelligence and advanced computers, they mainly focused on researching and funding a holistic approach to scientific innovation.

William A. Reinsch, Scholl Chair of International Business at the Center for Strategic and International Studies, said in sections on public health challenges and the STEM workforce, the house “has given a broader definition of how we increase our innovation capabilities and “running.”

Senate legislation, passed by 68 votes to 32, was led by the Chamber by Senator Chuck Schumer, the New York Democrat and majority leader, a longtime China hawk eager to enact the most significant government intervention in industrial policy for decades. It was in large part driven by bipartisan concerns over China’s stranglehold on global supply chains, which has become particularly acute in the face of the bottlenecks caused by the coronavirus pandemic. President Biden applauded the passing, saying he hoped it would go into effect “as soon as possible.”

It would pour hundreds of billions more into scientific research and development pipelines in the United States, creating grants, and promoting agreements between private companies and research universities to promote breakthroughs in new technology.

As the legislation went through the Chamber, reflecting similar concerns from lawmakers on the House Science Committee, the Senators shifted much of the $ 100 billion earmarked for a new technology research and development center at the National Science Foundation into basic research as laboratories of the Ministry of Energy. The amount for cutting-edge research was reduced to $ 29 billion, with the remainder of the original funding going to research and laboratories.

These changes could reassure House lawmakers as they attempt to reconcile the two bills in the coming months.