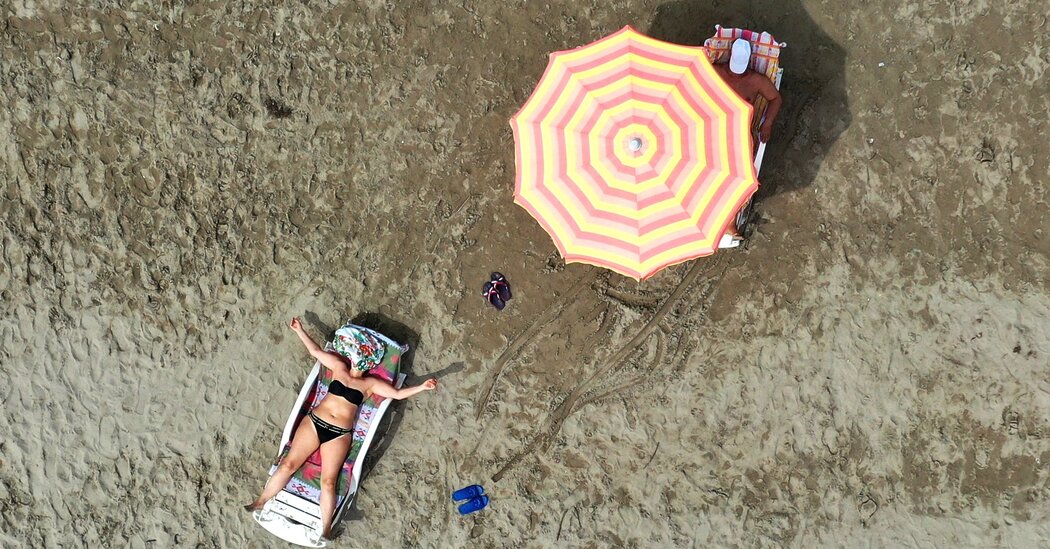 Summer in the northern hemisphere officially began on June 20th, the day of the year with the most hours of sunshine, when the Earth’s axis has its maximum inclination – 23.5 degrees – to our local star.

And yet it already feels like it’s slipping away. “Dad,” said a teenage son, staring at the list of plans we had planned for him, “I feel like the summer is flying by.” A friend noted on Twitter: “July ?? Somebody should find out how that happened. “

Well, I’ll tell you – and I have some improvements to suggest.

First of all, be aware that summer as it is currently defined is a scam; the brevity and disappointment are branded. Tradition has it that the June solstice marks the first day of summer – but what then? It’s all dissolution from then on; Each subsequent day is darker than the last until the solstice at the end of December. It’s not uplifting. That is not happy and invigorating. This is not the “beginning” of anything but a slow descent into icy darkness and death. This is the beginning of autumn, not summer.

Really, for dramatic narrative purposes, the summer solstice should mark the end of summer, or at least the middle of it. Which it basically does.

I was stupid, I had always assumed that “Midsummer” was halfway between “Beginning of Summer” and “Beginning of Autumn” – July 25th, plus or minus. But obviously I haven’t spent enough time with Wikipedia, where I only learned yesterday that “Midsummer” is synonymous with the birthday of Saint John the Baptist for large parts of the world, exactly six months before Christmas. Pretty much today.

Yes, you heard that right: Midsummer falls just a few days after the official start of summer. If it feels like summer is half over, it’s because it is it.

The easiest way to extend the summer, if not forever, is to Change the start date. How about early May, known earlier (to anyone) than mid-spring? Or push back until the vernal equinox, when the minutes of daylight begin – you know, begin – to outnumber the minutes of night? That would of course mean that spring would start at the December solstice, which, to be honest, would solve several problems I have with winter.

Another, less simple option: Live somewhere else. Deadhorse, Alaska, maybe. Svalbard, in Norway. Or somewhere north of the Arctic Circle, where the sun rises in mid-May and doesn’t set again until the end of July; The “longest day of the year” lasts for weeks.

Or HD 131399Ab, an extrasolar planet 320 light years away. The planet orbits a star (once every 550 earth years), which is also orbited by two other stars, and for a period of about 140 earth years one or the other sun is always above them and provides constant daylight. Summer would last a lifetime. (Avoid lifelong winter, however.)

A third, more challenging, but ultimately more satisfying way to make summer last longer: Adjust your outlook. Bear with me here for the logic.

To put the obvious, summer flies because we enjoy it. To be precise, time “flies” in every situation, precisely because you don’t think about it. You are busy at work, lost in a book, lost in conversation, planning the grueling Scrabble move – you are lost, engaged. You look up: Whoa, where has the time gone? You lost the overview.

Notice the important implications. First, dwelling on time – chasing it – makes it move slowly. (Think: endless dinner party.) Second, you can forget about time, but by definition, you don’t know it until afterwards. Time does not fly in the present tense; it just flew.

And thirdly: All in all, the experience that “time flew by” is positive. It is indicative of time well spent, or at least fully utilized, for mental health and hopefully satisfaction. What is the joy in life if not forgetting the time? Haven’t we all spent the past year going nowhere, seeing no one, crawling through the hours and days, wondering when the sentence might finally end? How pleasant was that?

So embrace it. Has summer started? Is it half over? Let it fly, safe in the knowledge that you can lovingly review the flight afterwards. That’s the point of winter as far as I can tell.

SYRACUSE – The “evil eye” of ancient superstition has indeed found a clear foundation through scientific experimentation, and it was presented here today during the closing sessions of the American Association for the Advancement of Science by Dr. Otto Rahn, professor of bacteriology at Cornell University. He told of his recent studies on the “influence of human radiation on microorganisms”.

The human eye, Dr. Rahn just a few days ago emits a form of radiation that is similar in effect to that of ultraviolet rays and is strong enough to kill yeast cells if held close enough.