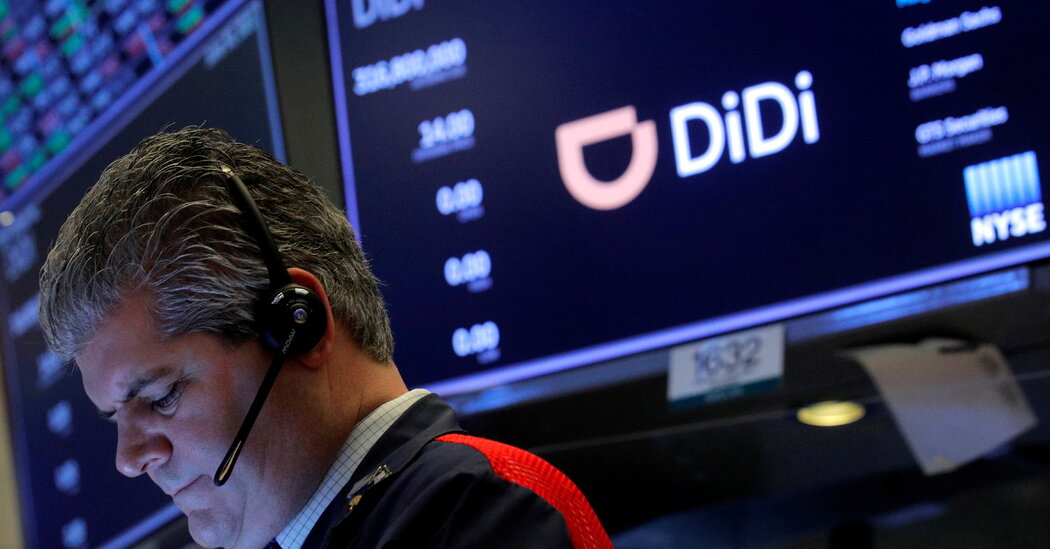 In its most recent reprimand against ridesharing giant Didi, China had 25 more of the company’s apps removed from mobile stores on Friday, exacerbating the regulatory vortex that has gripped the company since it went public on the New York Stock Exchange last week.

The country’s internet regulator announced in its 10 p.m. announcement that the apps – which include Didi’s carpooling app, its finance app and its corporate client app – had issues related to the collection and use of personal data.

The last announcement was almost identical to an agency published on Sunday that ordered a stop of the downloads of Didi’s most important consumer-oriented app for the same reason. That order followed a separate two days earlier, which asked Didi to stop registering new users while officials conducted a review of the company’s network security practices.

None of these recent orders gave details of the specific data and security issues that were of concern to the officers. In a statement posted on Chinese social media after midnight, Didi said the demands would be “sincerely accepted and resolutely obeyed.”

Beijing’s sudden moves against Didi, who has been hailed in China for years as a domestic innovator and industry pacemaker, shook the company’s new Wall Street shareholders. The crackdown has also frightened investors and startups in China who are suspicious of the seemingly growing hostility of Chinese officials towards domestic companies listing stocks on foreign exchanges.

An IPO on Wall Street, like Alibaba’s record in 2014, was once considered the ultimate confirmation of a company’s business success in China.