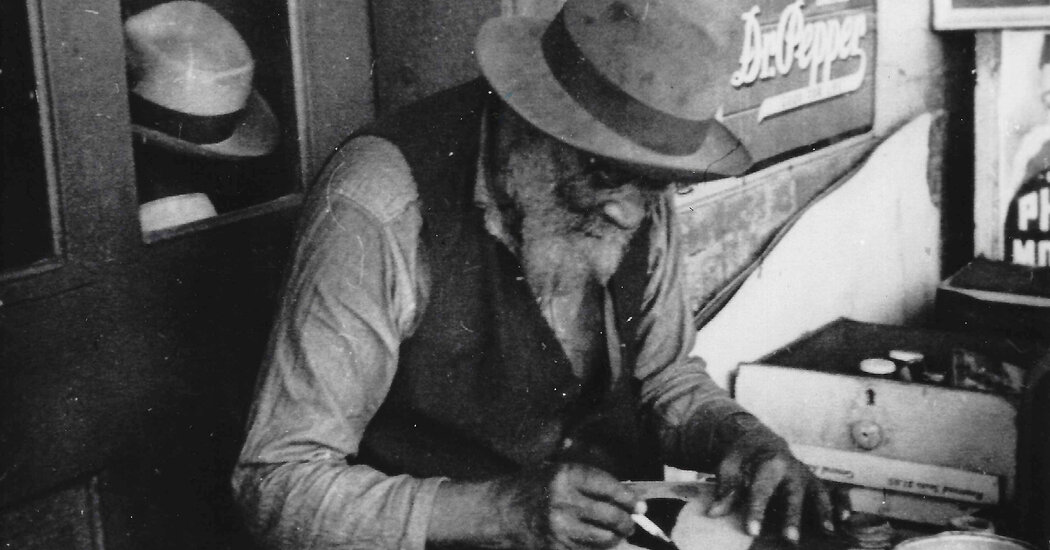 Much of the work of Alabama artist Bill Traylor, bold silhouette drawings with bold, significant blocks of color, are drawn on scraps of paper or someone else’s stationery – things like that. This wasn’t Traylor’s way of making a postmodern statement; He only used the art supplies he had.

Traylor was born into slavery in 1853 and died in 1949. His work is an enigmatic and important part of the American art canon. This documentary, directed by Jeffrey Wolf, is a simple, sincere, and nutritious portrayal of the artist. Wolf makes excellent use of photo and film archives and defines the area that nourished Traylor’s vision: dirt roads, railroad tracks, backwoods. According to critic and musician Greg Tate in the film, these places lay the foundation for the “mystical realm” of Traylor’s work: The deliberately two-dimensional figures and the limited but strong colors have the pervasive power of a waking dream.

In this area, the color blue is particularly important. Tate grows eloquent when it comes to embracing “the blues” to “keep the blues out”. The visual artist Radcliffe Bailey says of his own work: “This is Traylor’s blue, not Yves Klein. I took the blue off of him. “

Memories of Montgomery’s Monroe Street in the 1930s and 1940s – the “city that never sleeps” according to one respondent – are vivid. Traylor set up a shop there in front of a pool hall, drew with his blunt instruments and available paper, and slept in the coffin storage room of a nearby funeral home. His health problems eventually led to the amputation of one of his legs. In his drawings he often looked back – to moments of calm from the traumatic world in which he had grown up, such as afternoons in a local swimming hole.

“I see his work as a pill for the pain,” says Bailey in the film. It remains a powerful medicine today.

Bill Traylor: Chasing Ghosts
Not rated. Running time: 1 hour 15 minutes. In theaters and in virtual cinemas. Please consult the Policies of the Centers for Disease Control and Prevention before viewing films in theaters.