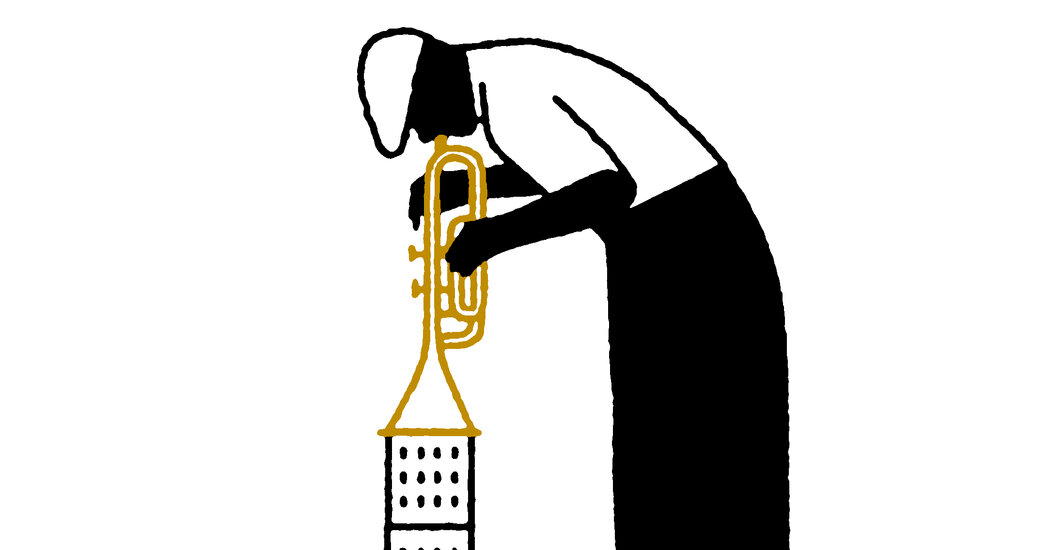 Here you will find a selection of the events of the week and information on how to set them (all times are east). Note that events can change after they are published.

Discover the history of jazz in Washington with musician, broadcaster and historian Ken Avis, who discusses what made the city a capital of the genre and how music has changed over the years. This event, presented by Smithsonian Associates, costs $ 25 for members and $ 30 for non-members. Registration ends two hours before the event.

Hear a Conversation between Priyanka Chopra Jonas and the author Glennon Doyle, presented by Live Talks Los Angeles. The two will talk about Ms. Chopra Jonas’ new memoir “Unfinished”, which tells the 20-year career of the actress and producer on two continents. Tickets cost $ 38 and include a signed copy of Unfinished that can only be shipped within the US.

Check out the Pulitzer Prize finalists Dael Orlandersmith perform a monologue, Originally commissioned by the Repertory Theater in St. Louis to investigate the riots in Ferguson, Missouri after a white police officer shot and killed black teenager Michael Brown in 2014. Presented by the Center Theater Group, All Arts, and eight regional production based on Ms. Orlandersmith’s own interviews with residents of the Ferguson area and using footage from her performance at the Rattlestick Playwrights Theater in New York. This event is free to view at any time, but donations are accepted.

Celebrate the unique Lunar New Year food traditions in a lecture given by the Freer Gallery of Art and the Arthur M. Sackler Gallery, which make up the Smithsonian National Museum of Asian Art. Jan Stuart, the curator of Chinese art at Melvin R. Seiden, will showcase works from the museum’s collection that relate to the culinary traditions of the holidays, and Lydia Chang of the Peter Chang restaurant empire will tell stories about her family’s festive dishes. This event is free and the number of participants is limited to 500.

Immerse yourself in the science of attraction and aphrodisiacs with drag queen Coleslaw, presented by the Museum of Science in Boston. The pre-recorded event includes a conversation, Q. and A., and some games. Coleslaw is accompanied by Martha Hopkins, author of The New InterCourses: An Aphrodisiac Cookbook, to learn, question, and play in the name of science. This event is free (although donations are accepted).

Sit down for a chat with Adrian Miller, James Beard Award winning author of The President’s Kitchen Cabinet Explore the history of the African American chefs who cooked in and supported the White House kitchen including during the presidency of George Washington, Thomas Jefferson, Dwight D. Eisenhower and Barack Obama. Mr. Miller will examine how these chefs, cooks, and staff have contributed to American trends and culture through their cuisine, as well as the stories of those who worked in the White House and the presidents they served. Tickets to this event, presented by 92Y, are priced at $ 20. The session is recorded and later displayed to those who register.

Spend the evening listening to poems from COUPLET, a quarterly reading series produced, curated and moderated by the poet Leah Umansky. Presented alongside The Red Room at the KGB Bar and sponsored by Poets & Writers, the Winter Edition features work by both established and emerging poets, including Patricia Smith, Shane McCrae and Benjamin Garcia. This event is free.

To join Ensemble NYC for an evening full of opera love songs. The event, with well-known artists such as Maggie Woolums, will include pieces such as Gioachino Rossini’s “Una voce poco fa” and Mozart’s “La ci darem la mano”. A portion of the proceeds will be donated to the West Side Campaign Against Hunger. Tickets are on-demand and can be purchased for as little as $ 10.

Dance with your little ones while you listen a special Valentine’s Day concert by the Laurie Berkner Band. In a live performance, Ms. Berkner, a recording artist for children, will play family-friendly songs, dance with animations and even introduce special guests. Tickets are $ 20 and give viewers access to the shows at 12pm and 5pm.

Help plan the perfect Valentine’s Day meeting at home a performance of “Romeo and Juliet, “From Shakespeare’s Globe in London with Nathan Welsh as Romeo and Charlotte Beaumont as Juliet. The tragic romance was taped in 2019 and brought to life in a replica of the original open-air theater that opened in 1599 and where the play would have been performed in Shakespeare’s day. The show can be viewed online for free until the end of March.