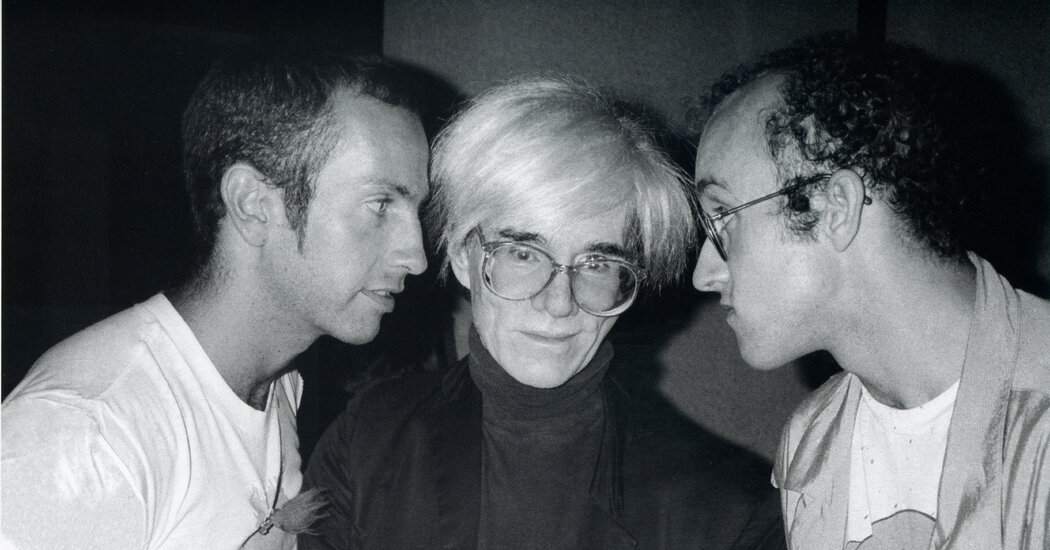 The condition of being an artist and the importance of what an artist creates are two different things. Post-pop artist Kenny Scharf, who comes from the same downtown art and music scene as Keith Haring, Jean-Michel Basquiat and Klaus Nomi, is someone whose critical and material inventory has risen, fallen and risen again over decades. The documentary “Kenny Scharf: When Worlds Collide”, directed by Max Basch and the artist’s daughter Malia Scharf, makes a well-considered and not entirely uncritical plea for Scharf’s topicality.

In contrast to the three other artists who are grouped with him above, Scharf still lives and works. This, as some art watchers have noted, can be a career disadvantage. The nifty accumulation of archival footage of the film of Scharf’s early New York rise in the late 1970s shows what made his scene both exhilarating and unbearable for many inside and outside of it. (In early interviews, Scharf often sounds like a snooty teenager forced to converse with his boring parents.)

Scharf’s stories about meeting Haring (they were roommates for some time) are evocative and moving. “That was the person I was looking for,” he said, still in awe of his friend. Malia is actually on camera, comforting her father during a burning memory of Haring’s death from AIDS. The range of Scharf’s work is fascinating – beyond its familiar cartoon junkyard aesthetic, paintings from a dark period of his life are reminiscent of sharp surrealists like Yves Tanguy.

In recent years Scharf has taken up new forms of street art, in a sense carrying the torch of his fallen comrades Haring and Basquiat. The film shows how he decorates the denim jacket of a young man who had just passed by while Scharf was working on a mural. The gesture shows an admirable generosity of spirit.