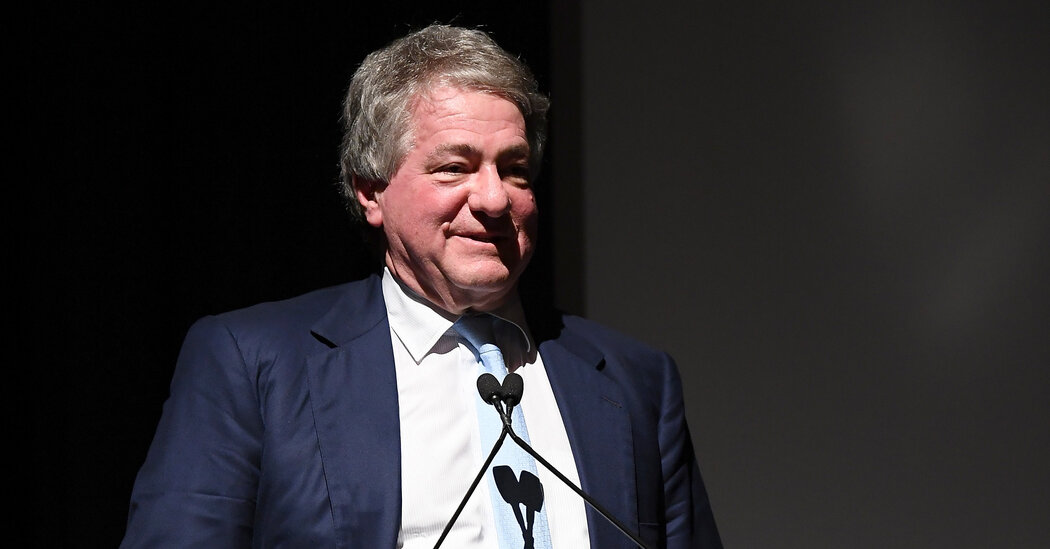 After Leon Black announced earlier this week that he would step down as managing director of Apollo Global Management after it was revealed that he had paid $ 158 million to convicted sex offender Jeffrey Epstein, several figures in the art world urged the Museum of Modern Art to remove him as the chairman of the board of trustees.

“What does @MuseumModernArt Board Chair Leon Black have to do to get MoMA to finally give him the boot?” tweeted Nikki Columbus, a curator who made a 2019 sex, pregnancy and caregiver discrimination claim against MoMA PS1.

The museum has not yet made a statement about Mr. Black, and its director, Glenn D. Lowry, declined a request for comment. Directors and employees have not publicly disapproved of Mr. Black, whose personal fortune is estimated at more than $ 8 billion. And there have been signs that Mr. Black, who became the museum’s chairman in 2018, plans to move on.

In a brief email to his Fellow Trustees at the museum, mailed on Monday and received by the New York Times, Mr. Black wrote that he “wanted to continue my transparent communication with our MoMA family and share with you the letter I sent to the Apollo limited partners today. “He concluded by saying,” I look forward to seeing you at our board meeting in February. “

Some activists in the museum area are calling for Mr. Black to be removed. “An educational, tax-exempt institution like MoMA shouldn’t tolerate people like Black on its board,” the Guerrilla Girls, a feminist arts collective, said in a statement. “Time for him to go.”

The guerrilla girls said they broke their book deal with Phaidon Press, which Mr. Black bought in 2012 after learning of Mr. Black’s dealings with Mr. Epstein. “The art world has some dark corners,” the group added in their statement, “and Leon Black lives in one of them.”

In 2019, the guerrilla girls posted an ad on a phone booth across from MoMA urging the museum to oust Mr. Black and hedge fund manager Glenn Dubin, another trustee, after whom both MoMA galleries are named .

“Leon Black and Glenn Dubin had very close personal relationships, transactions and exchanges with Jeffrey Epstein, both before and after Epstein’s sex trafficking conviction,” the guerrilla girls told Hyperallergic at the time. “MoMA galleries named after Black and Dubin are an insult to museum visitors and anyone who has experienced sexual assault.”

In recent years, several large cultural institutions have faced questions about the actions donors are counting on for their survival. Carnegie Hall is on the side of CEO Robert F. Smith, a billionaire philanthropist who admitted to playing a supportive role in what the federal prosecutor called the largest tax evasion case in US history – and who admitted that he did so. had intentionally failed to “report” over $ 200 million in income. (Mr Smith signed a non-law enforcement agreement agreeing to pay hefty fines and work with investigators.)

In 2019, a contingent of activists managed to force Warren B. Kanders to step down as vice chairman of the Whitney Museum of American Art for selling tear gas, which is reportedly used against migrants on the United States-Mexico border (Mr. Kanders then left the tear gas business.

Decolonize This Place, the group that led the Whitney protests, said in a statement Tuesday that Mr Black’s continued leadership of MoMA “is just the latest example of how the oligarchic makeup of museum plaques is leading to serious social harm . “

“It underscores that this is not just about toxic philanthropy,” added the group, “but about a toxic system of wealth and power that needs revision.”

Within MoMA, there are several women on the board of directors who have privately voiced their concern about Mr. Black, 69, who remains chairman according to two people who spoke to them. Overall, the trustees appear to be indebted to Mr. Black for his board service, generosity, and the valuable artwork he may donate to MoMA from his extensive private collection.

He and his wife Debra donated $ 40 million to the museum in 2018. In honor of this, MoMA created the Debra and Leon Black Family Film Center, which includes multimedia exhibition galleries and two theaters.

Mr. Black’s art collection is considered to be one of the best in the world. Those who have visited his Upper East Side townhouse, which housed the former Knödler art gallery, describe it as comparable to a private museum.

In 2012, Mr. Black paid almost $ 120 million at Sotheby’s for Edvard Munch’s 1895 version of “The Scream”. This made it the most expensive work of art ever to be sold at auction. Mr. Black then loaned it to MoMA for six months.

In 2016, Mr Black was granted the right to keep a famous Picasso bust for which he paid about $ 106 million after a member of the Qatari royal family claimed he bought the work for about $ 42 million.

Like Apollo’s largest clients – including large pension funds and charitable foundations – MoMA had been waiting for the results of an independent review ordered by the company’s board of directors in October after the New York Times reported that the total amount was paid by Mr. Black sent to Mr. Epstein could be up to $ 75 million.

However, the report’s conclusions were mixed, noting that Mr. Epstein had provided “legitimate advice” on financial matters, including some relating to Mr. Black’s art collection, and that Mr. Black believed that Mr. Epstein was after prostitution 2008 deserved a second chance indicting a young girl. The report said Mr Epstein advised Mr Black on the controversial Picasso sculpture and his art loans, and provided tax advice on the purchase of Phaidon.

The review conducted by Dechert law firm also found no evidence that Mr Black was involved in Mr Epstein’s criminal activities or that Mr Epstein ever introduced Mr Black to an underage girl.

In his letter to the limited partners, Mr. Black said that he would step down as Apollo chief executive – a move he had pondered over a long time – but that he would remain as chairman.

Mr. Black also said that he will donate $ 200 million “to initiatives aimed at achieving gender equality and protecting and empowering women, including those in the arts,” and domestic violence survivors, assisting sexual assault and human trafficking.

Katya Kazakina contributed to the coverage.